A few weeks ago, a couple from Fresno was walking back in an alley after lunch when they heard tiny noises from a nearby dumpster. The couple decided to check what was making these sounds and they were surprised to find a tiny motherless kitten who was obviously crying for love.

Jim and Jennifer Yovino were walking in an alley when a faint meowing sound caught their attention. “I stopped and listened to the faint sound and it sounded so desperate,” Jennifer Yovino says. They tracked the sound behind a locked metal gate, but still couldn’t find the kitten – it was buried deep in the trash.

Some people nearby came to help. They opened the gate with tools and Jennifer started looking for the kitten. The tiny scared kitty ran out from under the dumpster and took refuge under a moving van and then jumped into the engine. Jennifer and Jim were shocked and immediately demanded the van to stop. 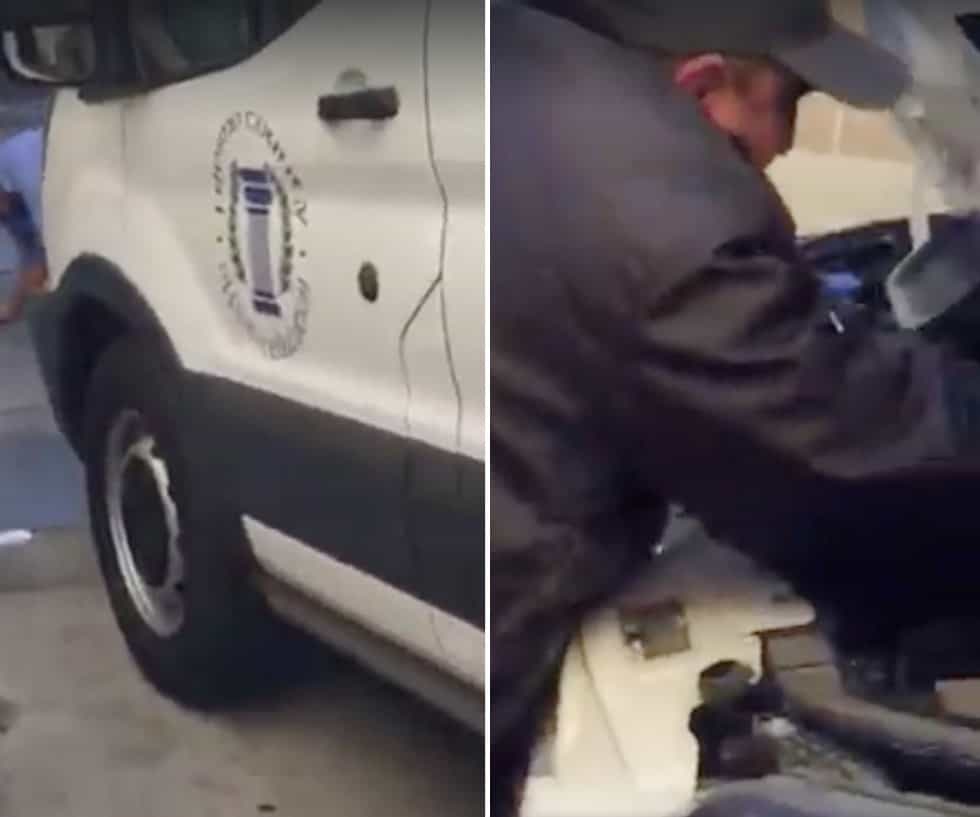 The driver then opened the hood to reveal the engine and a few minutes later the kitten was out. They wrapped him in a t-shirt and held the scared kitty close. After some time, it started purring, which was a sign he was well.

Jim and Jennifer took the kitten home and named him Fulton. 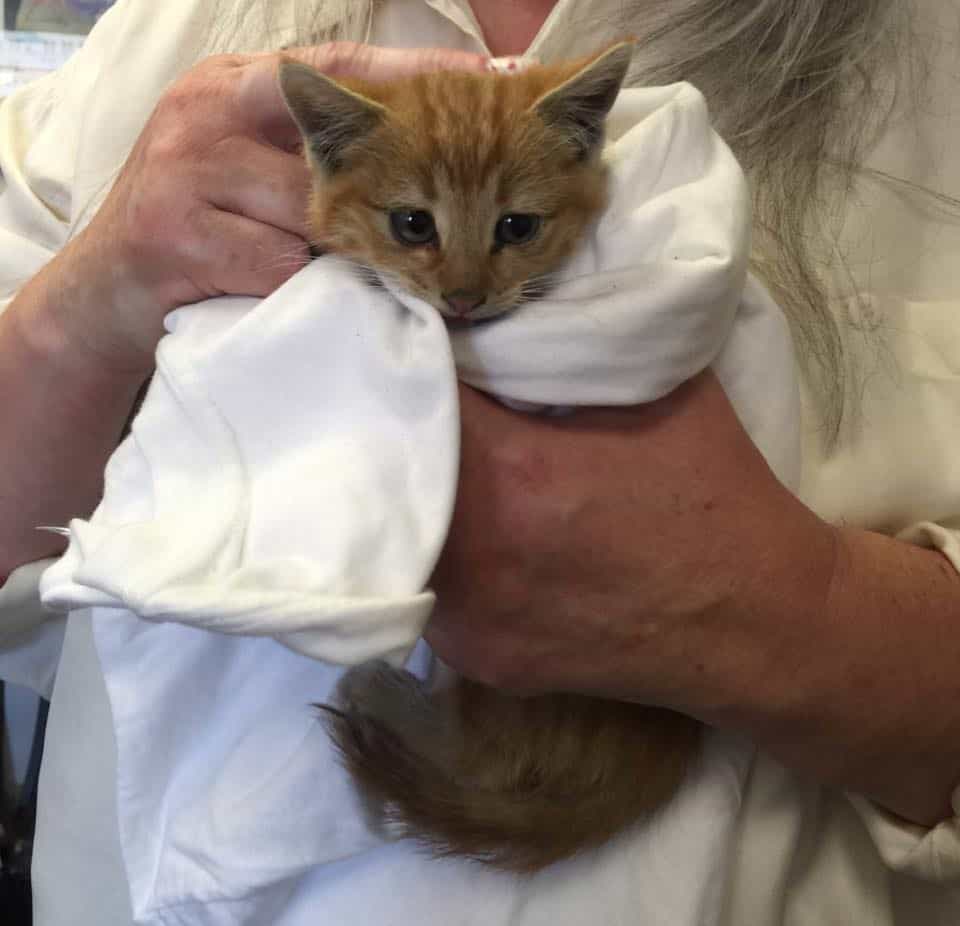 They gave him a bath and kept him warm while cuddling with him for the remainder of the day. Fulton relaxed after a few hours and was looking much better. 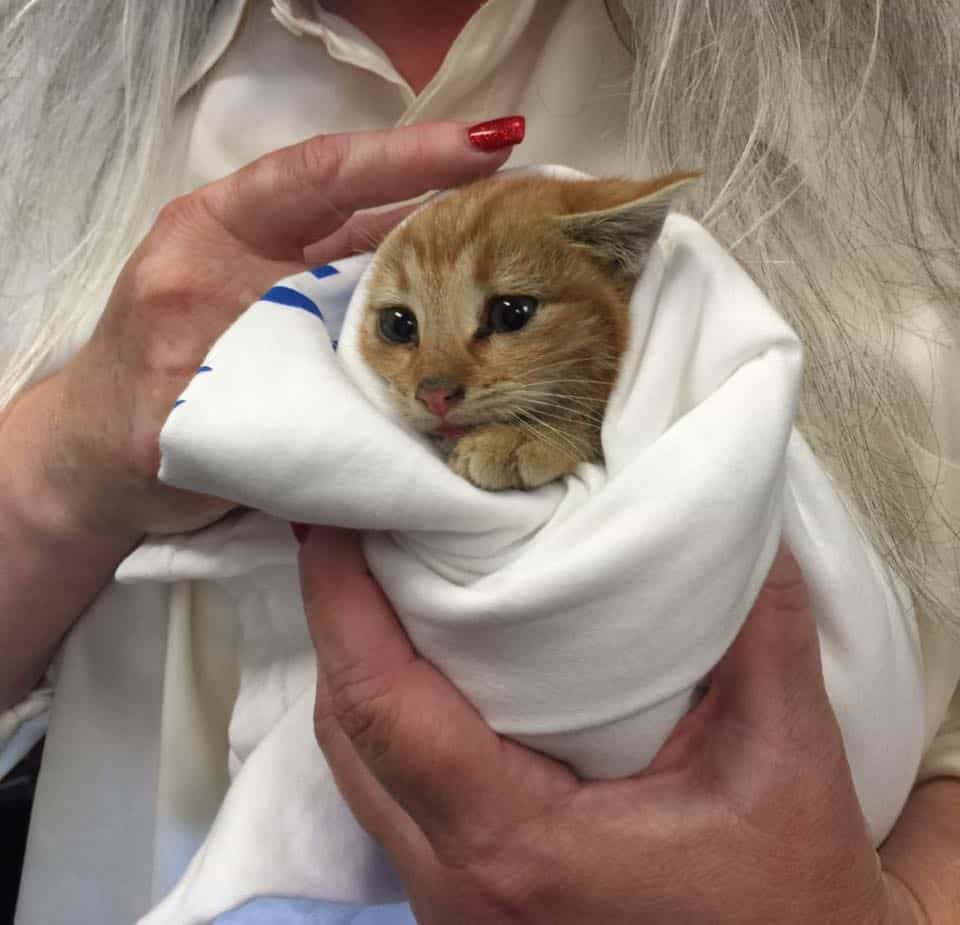 After a few days, Jennifer brought the tiny kitten to the Cat House in Parlier, California. The cute ginger cat is not living his life surrounded by other kittens he loves cuddling and playing with.