Skip to Content
Home Cats🐱 After 13 Years of Helping Other Cats in the Shelter, Archie Finally Finds His Forever Home!

Thirteen years ago, a tiny tabby kitten arrived at Mid Hudson Animal Aid, a no-kill shelter located in Beacon, New York. Shelter workers named the wee one of a feral kitten Archie, and Archie grew up at the shelter. He befriended the other cats, socialized litters of kittens and watched his feline friends leave again and again as they found their forever homes.

Archie became a staple at the rescue. It wasn’t until December, when the shelter shared a photo of him on its Instagram account, that volunteer Jennifer Blakeslee learned Archie had spent his entire life at the shelter. 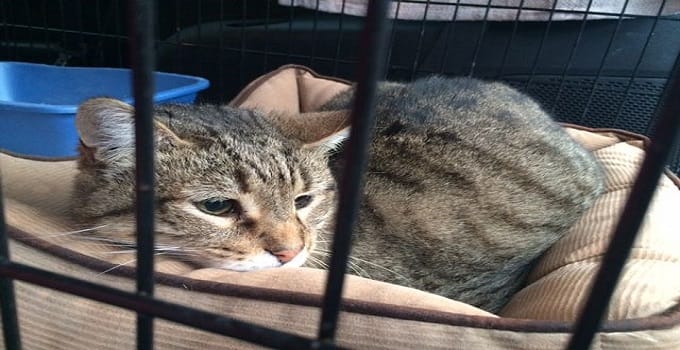 Until recently, Archie had lived his entire life at Mid Hudson Animal Aid.

“I had no idea,” she said. “See, he’s very feral. He does fine with other cats, but is terrified of people, which vastly reduces the likelihood of his getting adopted.”

Blakeslee had recently adopted one of Archie’s closest furry mates, a deaf, toothless, half-blind Siamese named Eddie, and Eddie’s departure had left Archie very lonely and depressed. So Blakeslee, determined to find Archie a home of his own, helped Eddie write a letter to who else — but Santa Clause.

“I posted a photo of [Archie] and Eddie cuddling at the shelter to Instagram with a “Dear Santa” letter, and it went viral,” she said.

“Dear Santa,” the letter reads. “I’d like you to meet Archie. He was my best friend when i was at the shelter that saved my life …He’s been at the shelter for THIRTEEN YEARS, ever since he was a kitten. That’s a human’s entire time in school, plus kindergarten. He’s very shy, but he’s also very sweet and gets along with other cats. And he really, really, really, really wants to find his forever home. And that’s what I want for Christmas, Santa.” 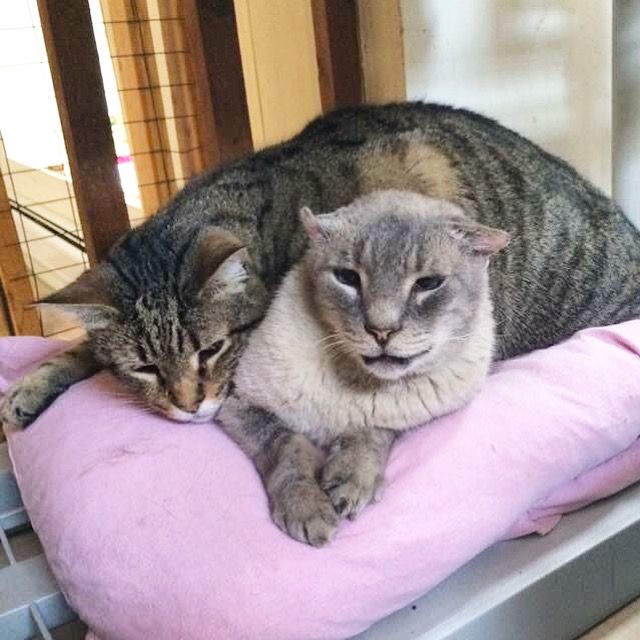 Archie the tabby calmed down other cats at the shelter, but he really bonded with Eddie, the Siamese cat.

The power of social media

The photo of Archie and Eddie was shared literally hundreds of times on Instagram, and seen by people across the nation, including Chicago resident Jennifer Baird. “I understood the entire at Archie socialized the majority of kitties at the shelter but was never chosen for a home. It broke my heart,” she said. “I saw that he was in New York and waited a day or so for someone to speak up as I live in Chicago.”

After just a couple days of seeing people post again and again that they wished they could do something but couldn’t, Baird stepped in. “That’s when I responded to Jennifer and said I’ll take him. I’m in Chicago. I need help in getting him here to me.”

Baird has rescued numerous cats, often taking in abandoned ones that she finds on the street, and Archie was going to be her 14th rescue. The fact that he was feral didn’t phase her. “I have had feral cats and have a great understanding of their needs and embrace that,” she said.

It took several weeks for the shelter to coordinate travel, but soon a plan was put in place. Archie would take a road trip to Chicago, as this would be much better for the skittish senior cat. A couple of people volunteered to make the drive, and Archie passed his pre-transport vet check with absolutely no problem. The only hurdle left was the costs of the transport.

Blakeslee set up a YouCaring campaign, setting a goal of raising $750, and she shared it on Instagram. “It got shared like mad, and we met our goal in less than an hour,” she said. “In fact, people kept donating, and as a result, we’ll be able to donate $250 to the shelter.” 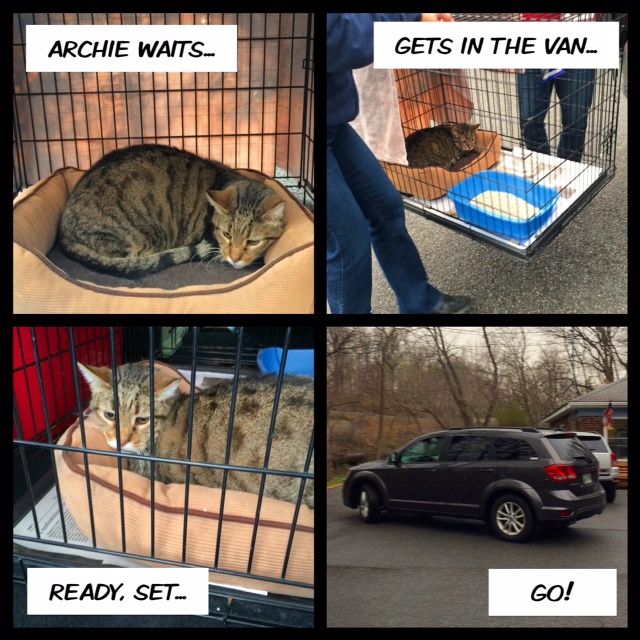 Archie has been home for a few days now, and Baird says he’s making great progress in adjusting to her and her other rescue cats. “I see that he wants to be friends with his new sisters and brother so badly, and I know this will happen over time. Everyone is getting adjusted, and right now we have time on our side,” she said.

Archie is no longer hiding very much nor is very depressed, and he enjoys spending time in his new cat bed. He’s even come closer to Baird while eating his treats.

“Archie is like my other feral,” she said. “They want their love and affection to come from their siblings — not humans. He has to develop trust, and I want him to know that this relationship is about his safety and creature comforts — not about me having an affectionate kitty.” 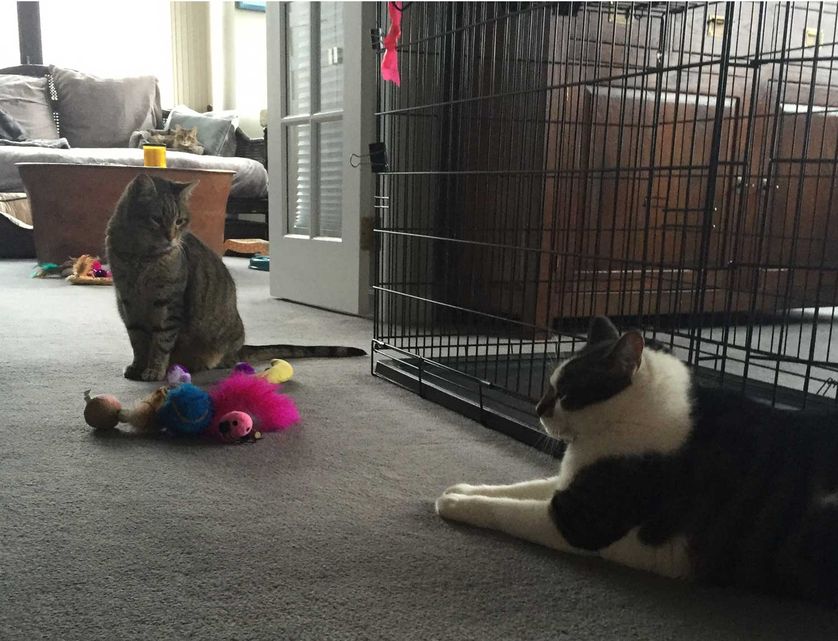 ‘Archie so badly wants to be friends with his brother, Hershey,’ Baird said.

Baird says she’s still shocked by the outpouring of support she’s received from the people on social media, but she’s grateful for all the kindness being sent her way. “My biggest thank you is to Jennifer. She stood up and told Archie’s story. She’s the hero. Without her, Archie’s life may as well have ended in the shelter where it began.”

Blakeslee hopes that Archie’s story will somehow inspire other people to adopt shelter cats, especially those that are often overlooked.

“The message here is that every cat deserves a chance — the senior cats and the special-needs cats,” she said. “The effort involved in caring for them becomes completely worth it when they start to trust you and start treating your home like it’s their home.”

As for Archie, he won’t need anyone to write letters to Santa on his behalf this year. He’ll be spending the holidays at home with his brand new family.