Kuli, the one-eyed cat, has been surfing in Honolulu, Hawaii, with his owners Alexandra Gomez and Krista Littleton for a little over a year. He only started surfing when he was 6 months old. 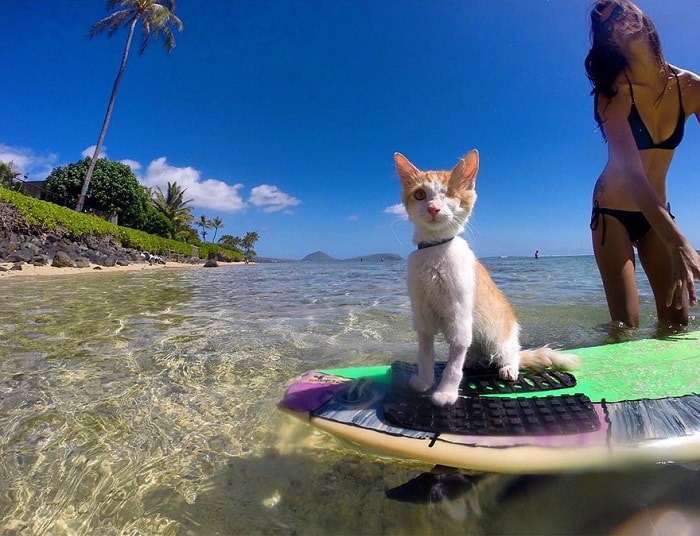 Kuli, whose  name literally translates to “to look blind,” gets along great in the water, presumably because his owners used to bathe him after his eye surgery. 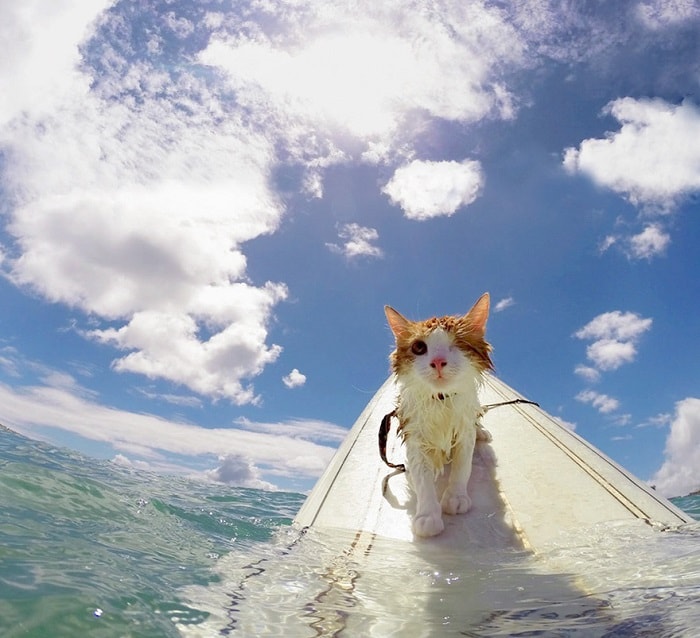 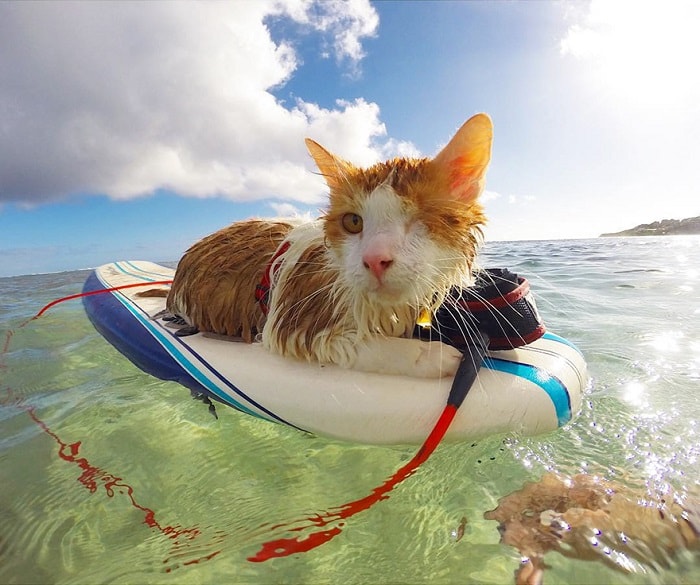 This resourceful feline was saved from the streets. He weighed just one pound and was extremely underweight at the time. 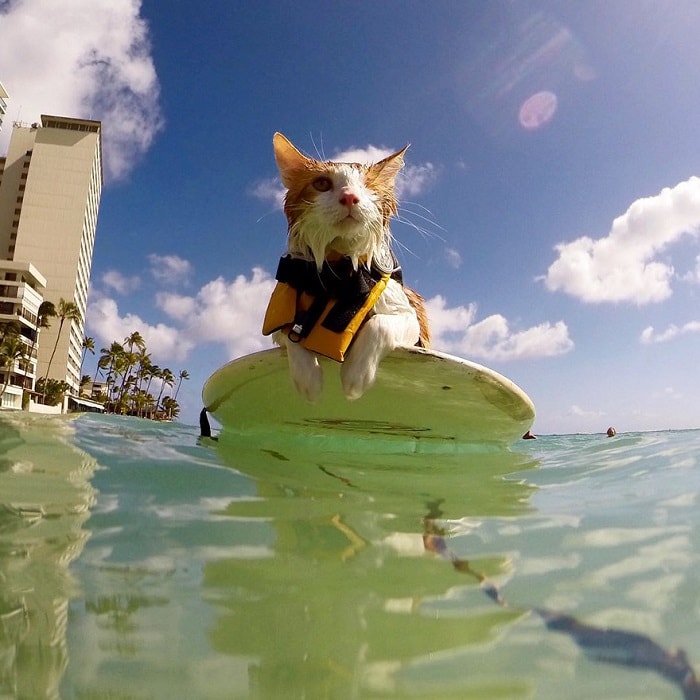 His first time in the water, Ms. Gomez told dailymail, “we just let him float on the board by himself along the shore and I would paddle about with him.” 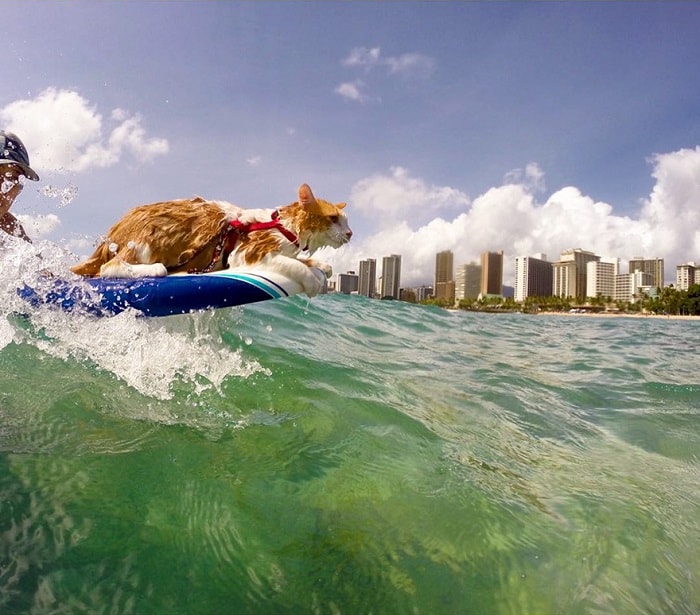 We quickly started seeking for waves to surf. The cat is secure since he wears a life jacket when necessary!