A couple ended up taking in a stray cat and then nursed it back to health after they found it on the doorstep of their home. 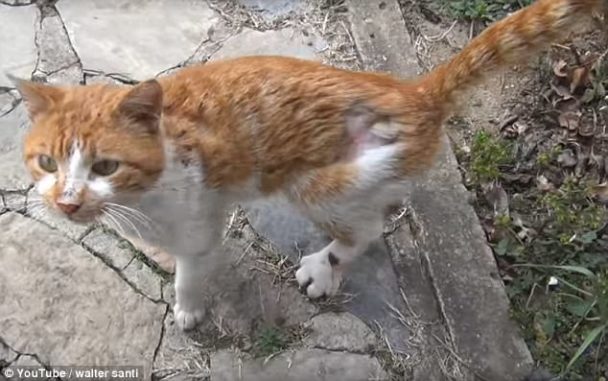 This all took place back in February the cat began meowing loudly in the front yard. His left kind leg was injured and the couple decided to take him to the vet. 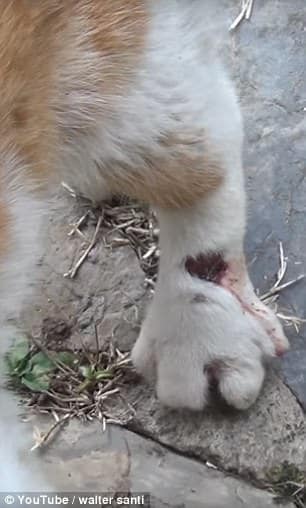 After a full examination and x-rays, it was revealed the kitty didn’t have any bone damage and his badly infected wound was likely the result of being bitten by another cat. 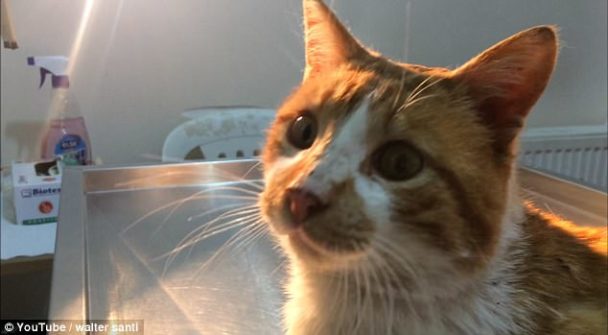 The vet also determined the cat also had some older wounds on the left side of his body which included a bone fracture in his left front leg that likely occurred weeks earlier. 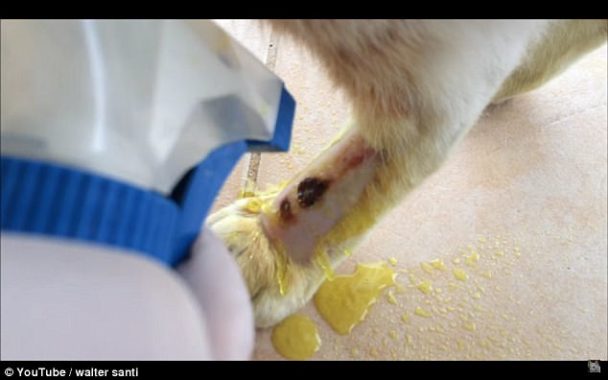 The stray was given a treatment of antibiotics and given some medication for internal and external parasites because there were lots of fleas and ticks on him. 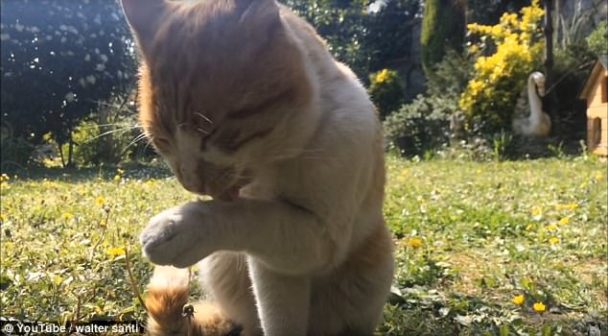 Just days later, the kitty was brought back to the couple’s home from the clinic and continued to receive antibiotics along with intramuscular injections twice a day for a week. 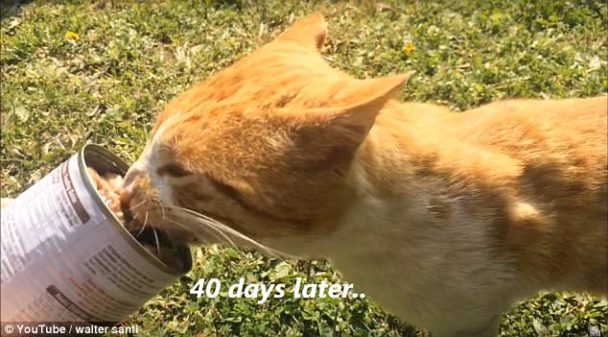 Initially the cat was completely unable to put any weight on his left rear leg but with some intense care and attention including clearing the wound with antiseptic several times a day, it started to heal. 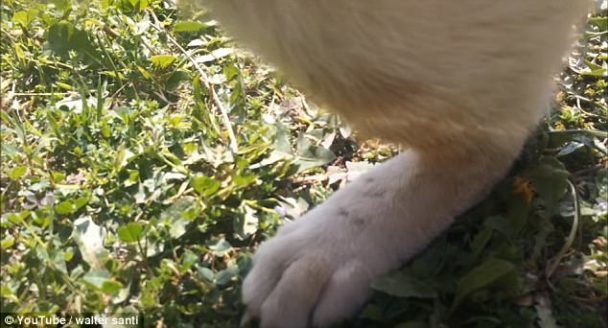 By the spring, the cat was completely ready to go back outdoors where the friendly feline now lives with other cats having been nursed back to health. 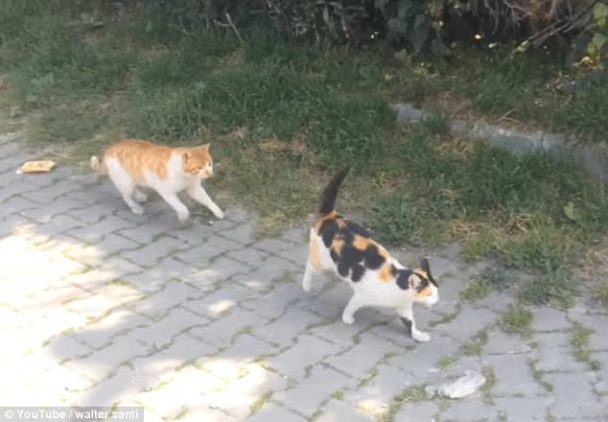 What a heart-warming story!