When a family heard a tiny, lonesome kitten crying on the deck of their house, they went outside to inspect the sound of the cries and saw a frightened little fur ball, who was praying and searching for someone to help him.

The kitten was later named Logan.

“I live in the woods and we have a lot of cats that roam around. He was pretty aggressive when I first found him, but he warmed up after awhile. Figured feral was the appropriate word for that.” 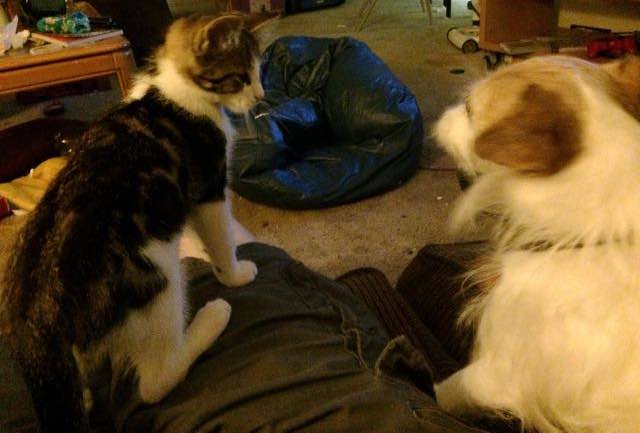 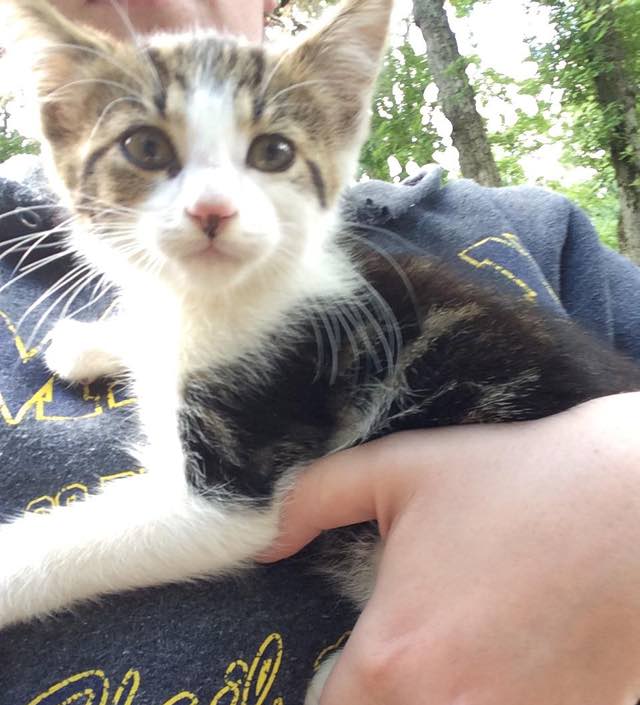 No shelter in the area was willing to offer the kitten any help, but they didn’t give up and continued looking for a good home for the little guy while caring for him as best they could.

“He was not thrilled about being caught with a net and shoved in a box, but was much happier to find out the box had food! He quickly realized that people are nice.”

“After getting the ok from the vet, this little guy could come on the house. The vet guessed that he was around eight weeks old and must’ve been abandoned by his mother. He was only 1 pound.”

“He started really enjoying people and had a lot of fun playing with my sister and I.”

“From crying outside to mewing inside, Logan is very talkative. For reference, those tiles are 1 foot wide and 1 foot long.”

“I was very lucky that my best friend could take him. He warmed up quickly to his new surroundings.”

Logan is thriving in his forever home and a Jack Russel named Pam has become his best buddy.

Logan was only about ten weeks at the time, so he enjoys his naps and cuddles especially in his human’s arms. 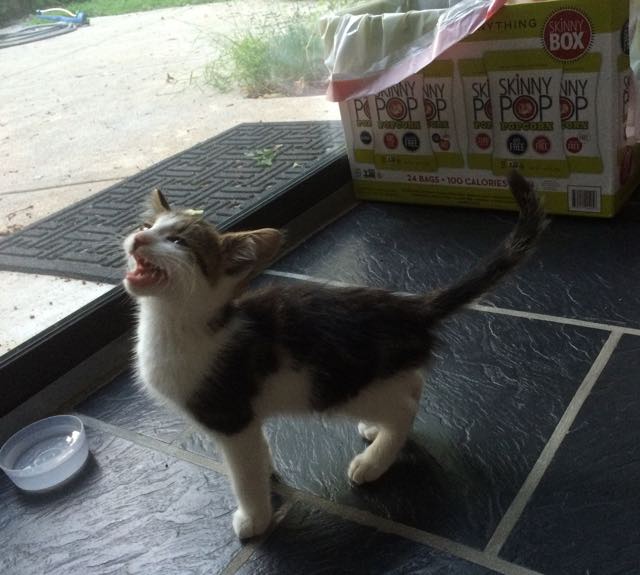 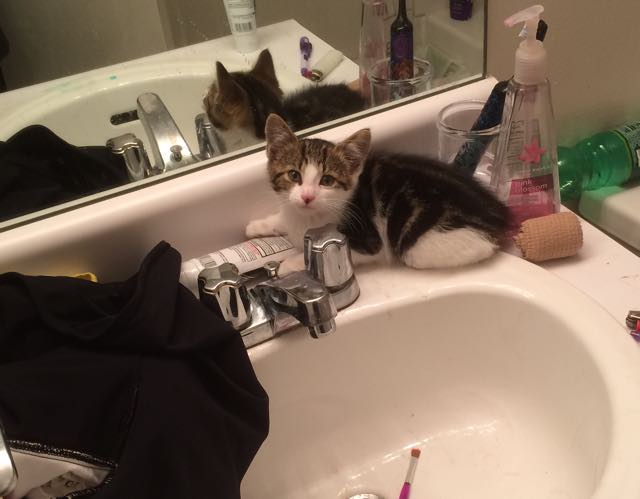 “Logan is looking very healthy and having a wonderful life as an indoor cat! He’s already gotten quite large and still has a lot more growing to do. We are expecting that he will be a pretty big cat. He likes tormenting the dog, running around like crazy, and trying to attack people’s toes from under chairs. All in all, he’s a great cat.” 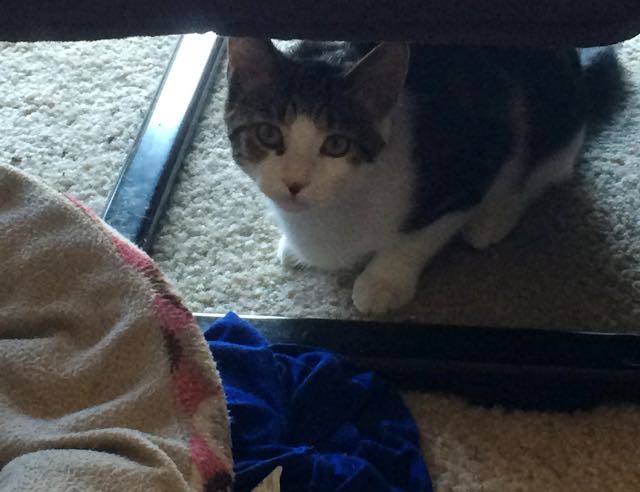 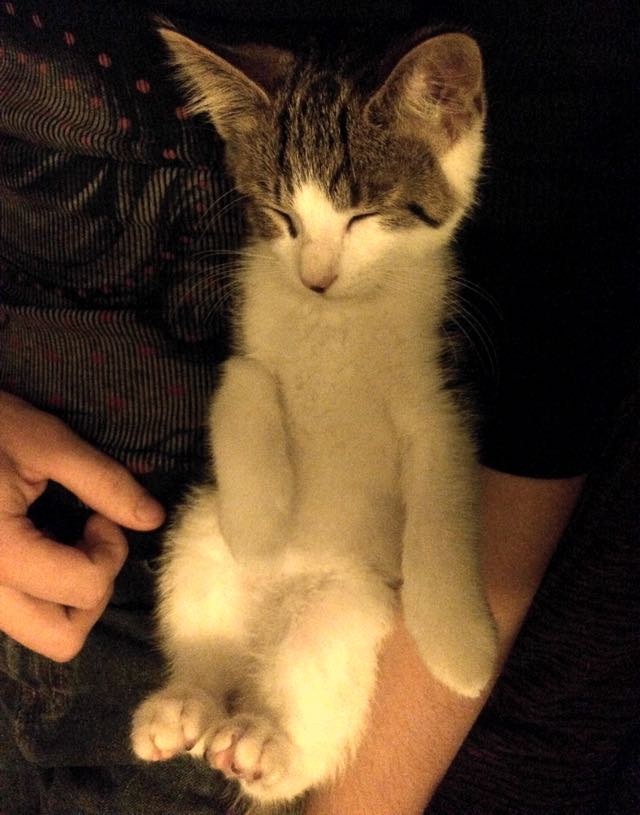 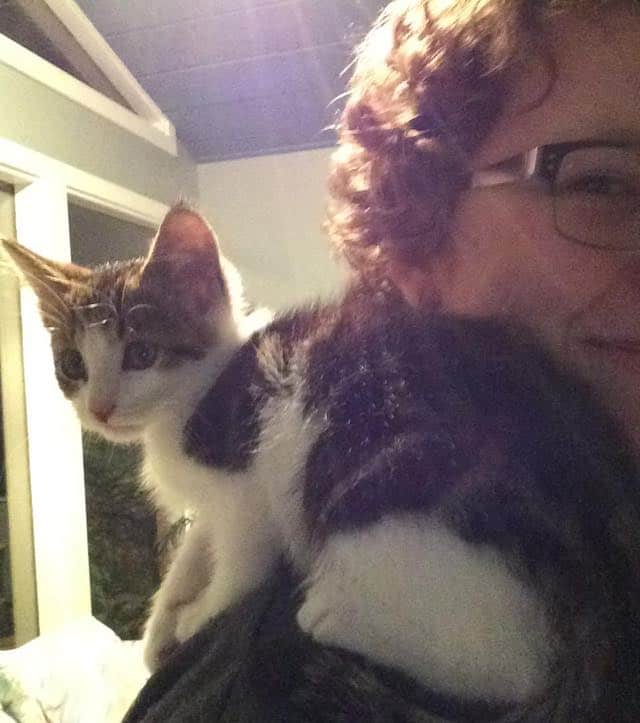 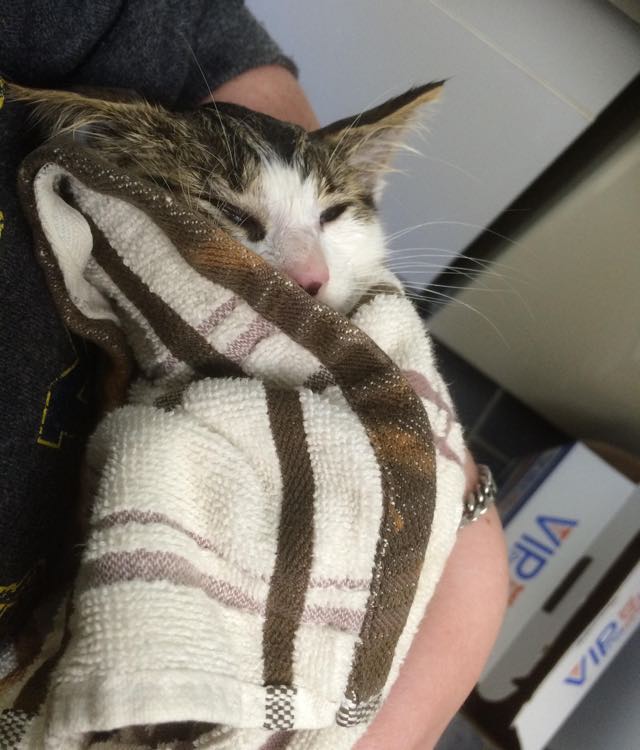 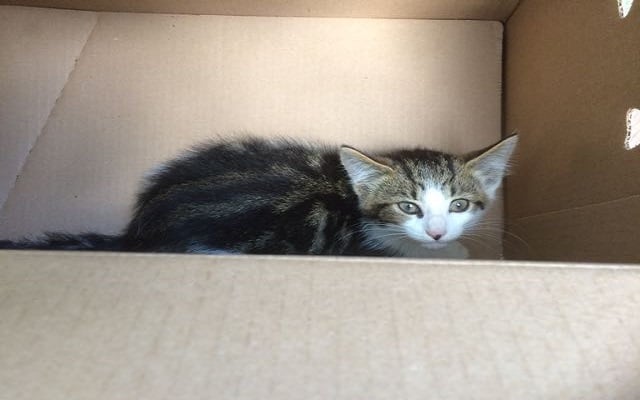