Skip to Content
Home Cats🐱 In Afghanistan, This Soldier Refused To Leave A Sick Kitten Behind & gave Her New Life

After traveling thousands of miles to North Carolina, this kitten has started a new life in a loving home with the soldier who nurtured and befriended
her in Afghanistan.

Christine Bouldin was coming to the end of her last deployment with the U.S. Army in Afghanistan when she saw a cat and a kitten wandering near the base. Bouldin was shocked by the first sight of the kitten, who had trouble walking and appeared to wobble a lot.

“I felt so sorry for her,” Bouldin says. “She couldn’t stand up and would flip over.”

Bouldin, an intelligence specialist, began feeding them using rations from mealtime, and soon it became a regular ritual. She learned that the kitten, who she named Felix, had cerebellar hypoplasia. The particular affects the cerebellum, thus, movement. 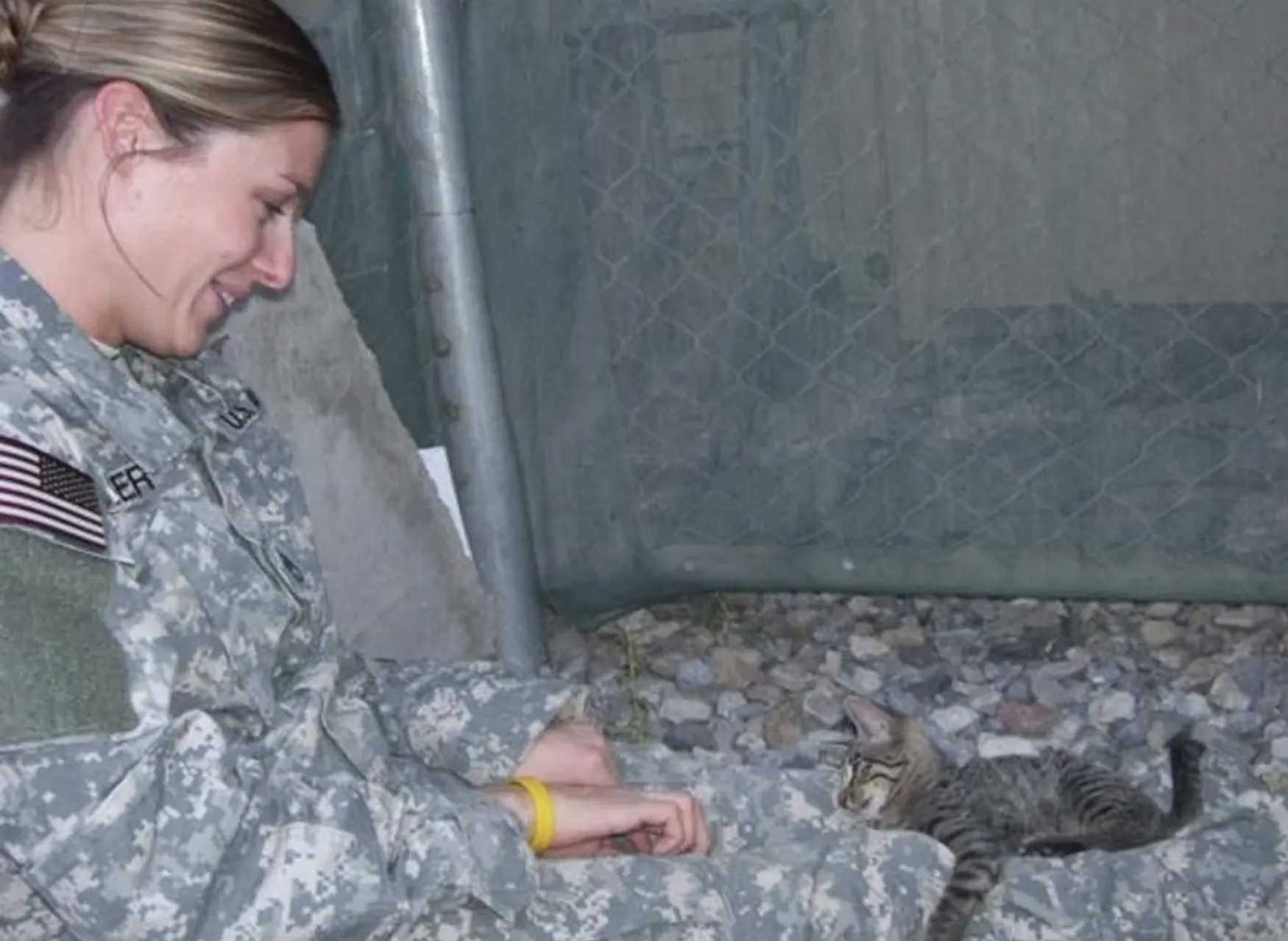 These cats can still lead healthy, happy lives with extra help. Bouldin had become close with the pair and just couldn’t bear the thought of leaving the cats behind. 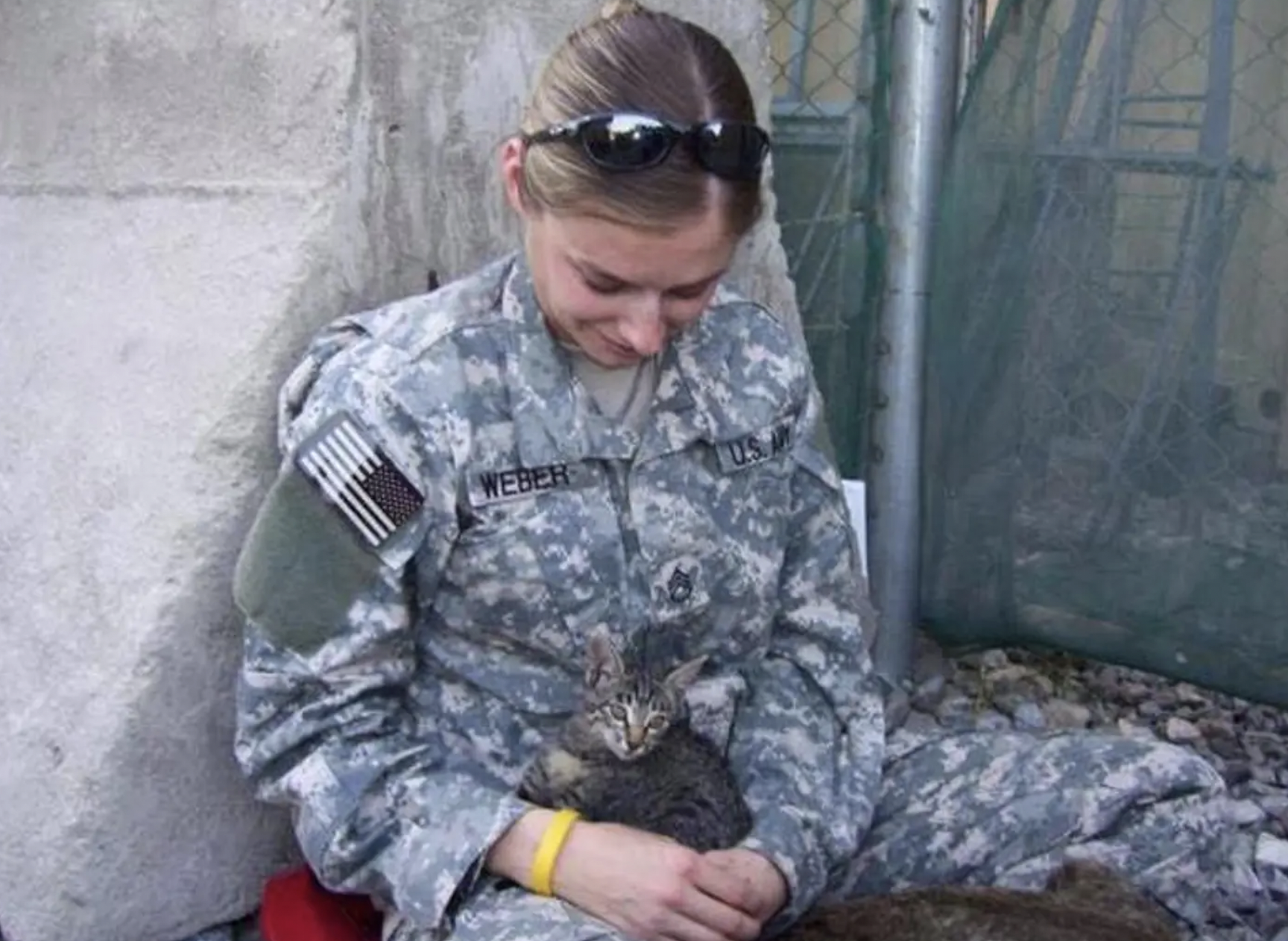 She started asking around to see if the cats could hitch a ride back to the United States with the canine unit, but .he answer was no Then the mother cat disappeared and never came back. Bouldin kept Felix tas safe as she could until she was able to think of a solution. A veterinarian who had given Felix shots mentioned Pam Constable, an American who is performing animal rescue in Kabul.

Bouldin contacted Constable, and Felix was able to stay in Kabul while Bouldin returned to her home in Colorado in 2009. In spite her having “a lot of special needs,” says Constable, the kitten “found ways to do what she needed to do.” 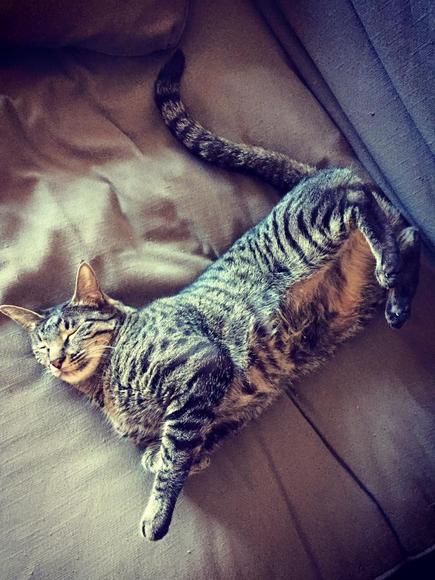 “It’s very inspiring to see an animal like that just fight to live because so many people underestimate them,” says Constable.

When Constable flew home the following year, she returned with Felix the kitty and was able to reunite her with Bouldin in North Carolina.

Felix now inves in Colorado with Bouldin and her family, including another cat named Gus.

The best endings are the happy ones.