Some kittens are ready to do anything to get the attention of possible new owners, and rightfully so. A little orange tabby was brought to the IndyHumane shelter in Indianapolis recently, and it was very shy at first. The kitten hid under blankets and was scared of interaction, hissing at anyone who came near. 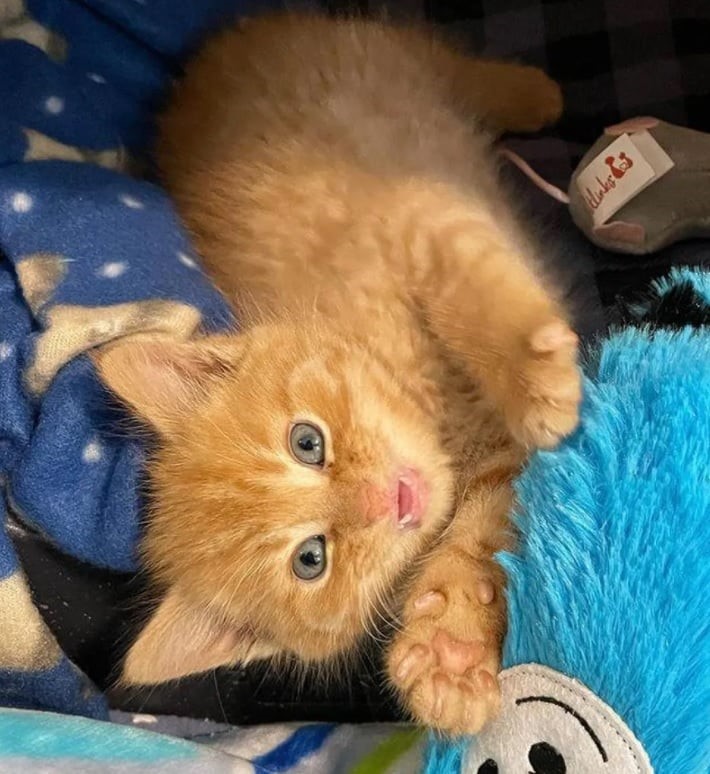 One foster volunteer at the center, Jennifer, decided to help the little guy emerge from his shell. She named him Butterball and took him home to foster him. Knowing how scared he is, she set up a corner just for him and put a cozy bed and plenty of toys. She gave Butterball food and water too, and it took a few hours for him to settle in. 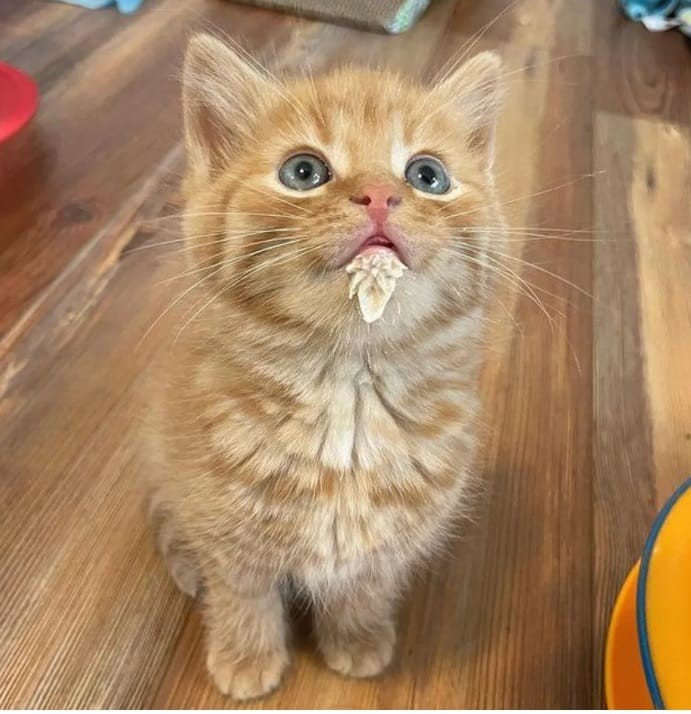 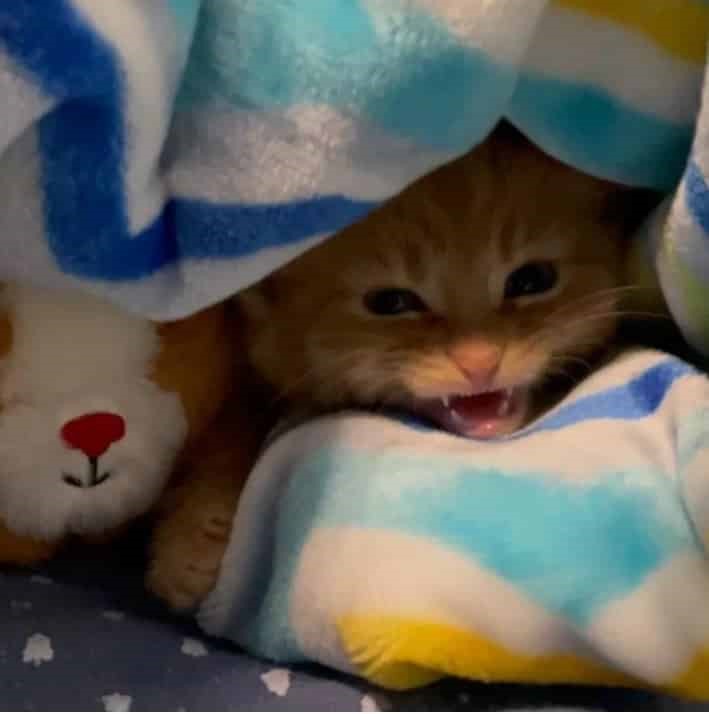 Now he’s running around after his mom and purring in her lap all day long. He loves playing with Jennifer and his toys, and roars in the funniest possible way. The kitten has some health issues to clear up (nothing serious) and once that’s all done, he’ll meet the residents cats. He’s already very eager to meet them, and he’ll then be put up for adoption. 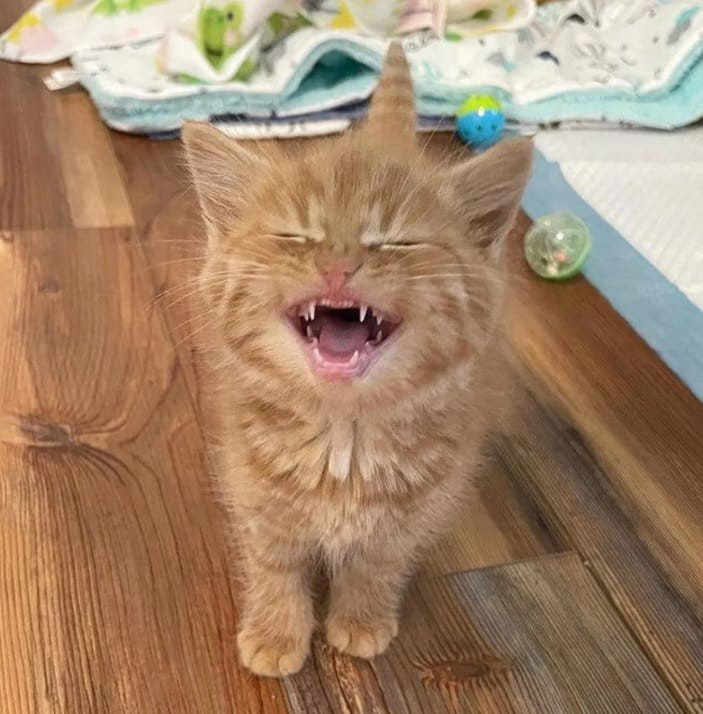 With that cute roar, we’re sure he’ll catch the attention of many adopters. 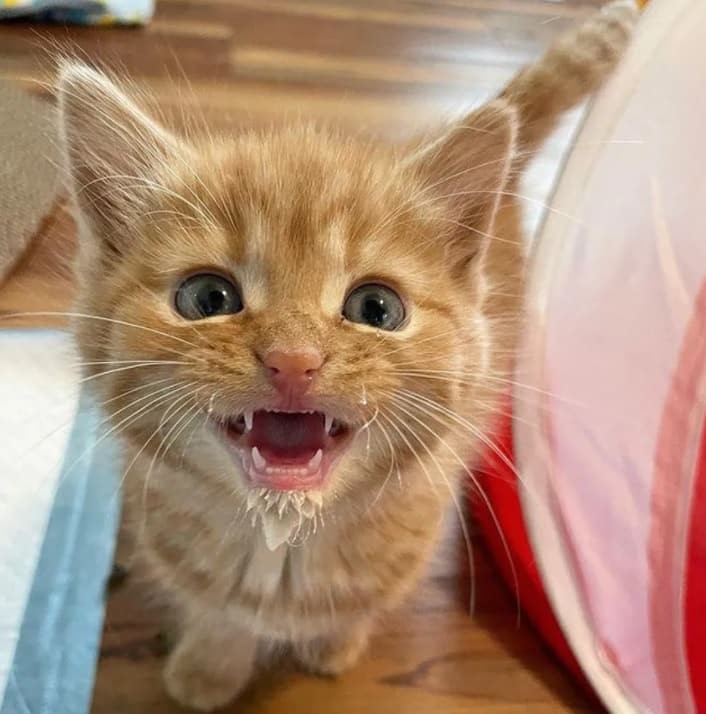