Take a look at this beauty! Bijou is a cute cat which loves spending her time watching outside the window. The elderly cat sits on the windowsill until her favorite person comes by – the mailman.

Yes, Bijou loves her mailman and always hugs him as soon as she lays eyes on him.

Dogs have been known to greet mailman or any of their favorite people, but cats? That’s one we haven’t seen by now. McEuen, the mailman, says that there are a few dogs that greet him on his route, but Bijou is the only cat that does this. 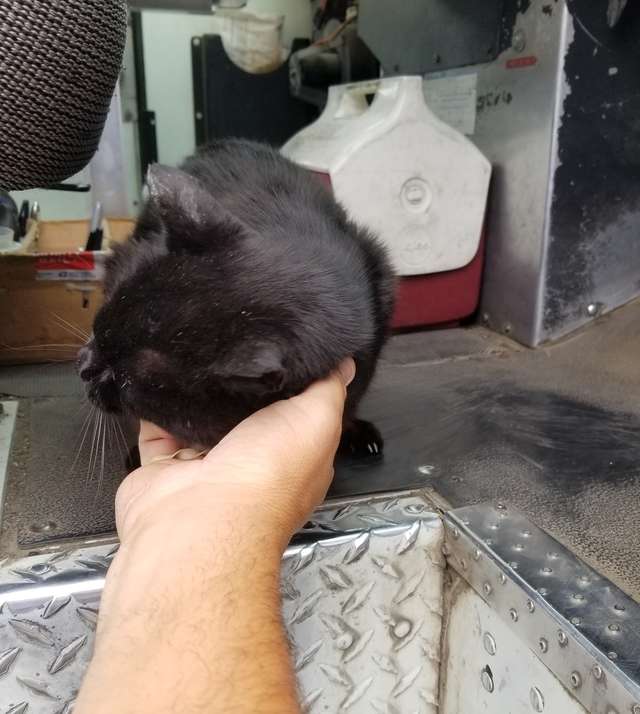 The old cat and McEuen met a few years ago when the mailman’s route changed. They ‘fell in love’ with each other as soon as they met. “The first time a saw her I knew she was old. She was very sweet every time I came by and we eventually became big friends,” he recalls. 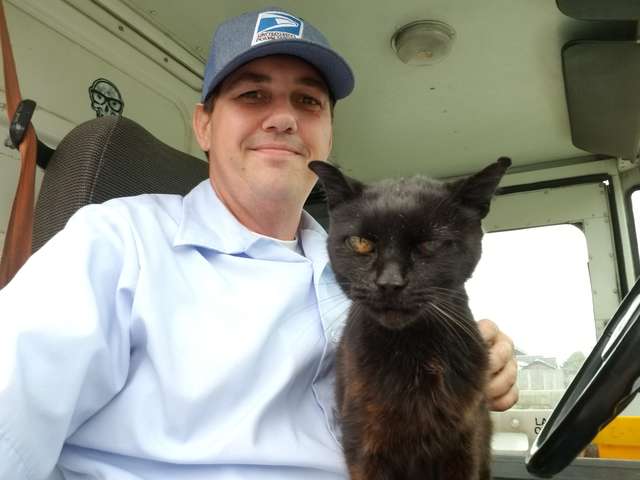 McEuen is a substitute mailman who takes other mailman’s routes when they have days off. He has 5 routes in total, so he only meets Bijou once a week. She makes the visits count, though – she hugs the mailman and they spend some time together before he heads off. 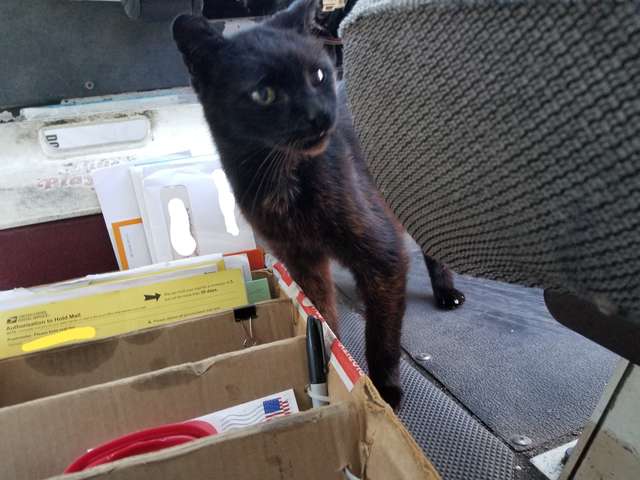 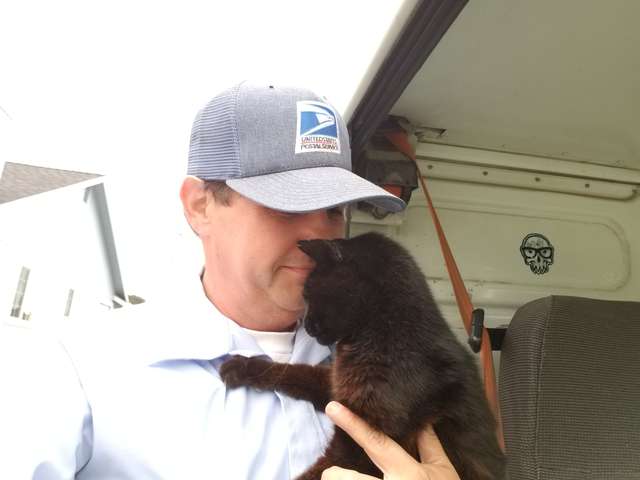 Bijou isn’t willing to let the mailman go until he gives her a few good rubs and pats on her head. She certainly enjoys the short time they spend together, and he doesn’t mind. 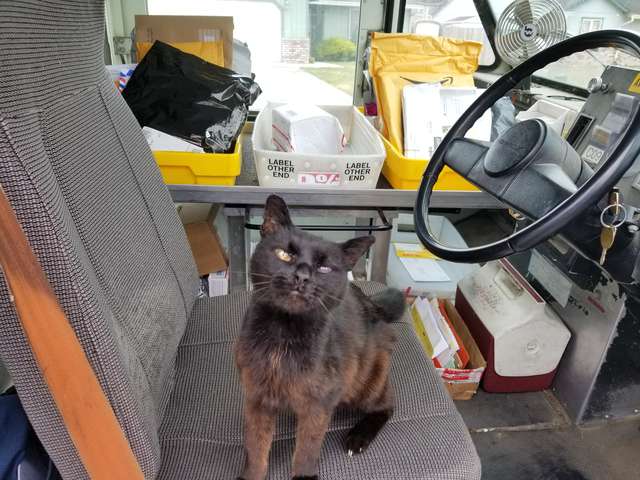 This friendship is truly one of a kind.