ALASKA – An amateur photographer was taken by surprise on Monday when a mother lynx and her young pups emerged from the bushes to simply “hang out” on the Haines Highway. 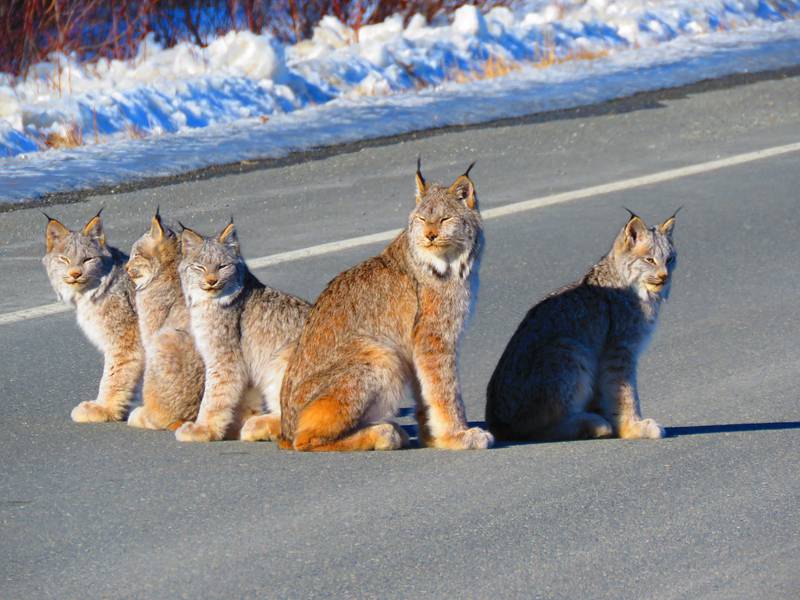 On March 7 at 2:30 pm, Melody Anne McKenzie was able to capture the lynx in pictures near Dezadeash Lake on the Haines Highway, south of the Haines Junction in Canada’s Yukon Territory. 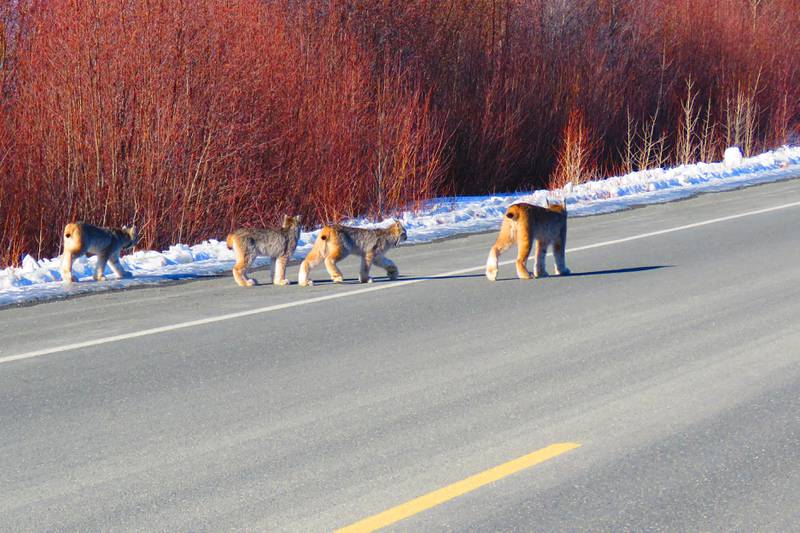 McKenzie enjoys taking pictures. She sent an email to Alaska Dispatch News stating, “My husband and I are retired and we like to go drives to discover opportunities to shoot pictures of wildlife. 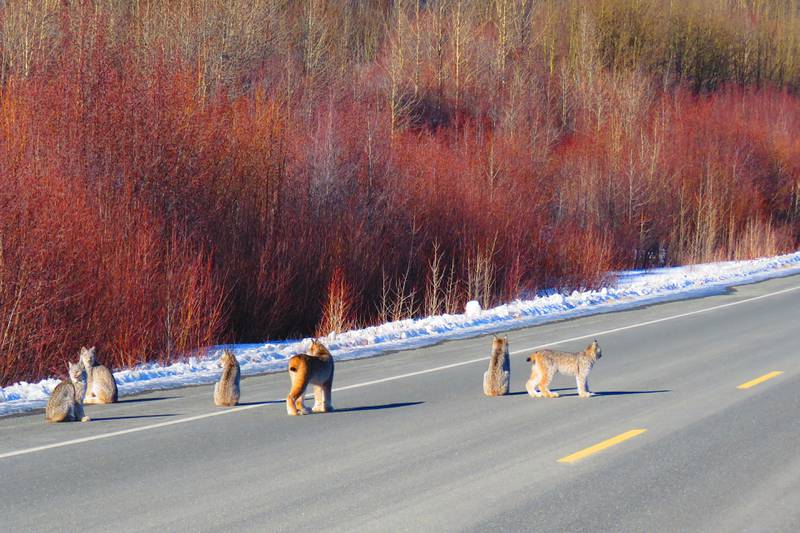 Earlier last week, McKenzie and her husband Stan McKenzie told the CBC that Stan had initially noticed one lynx before the others started to appear. 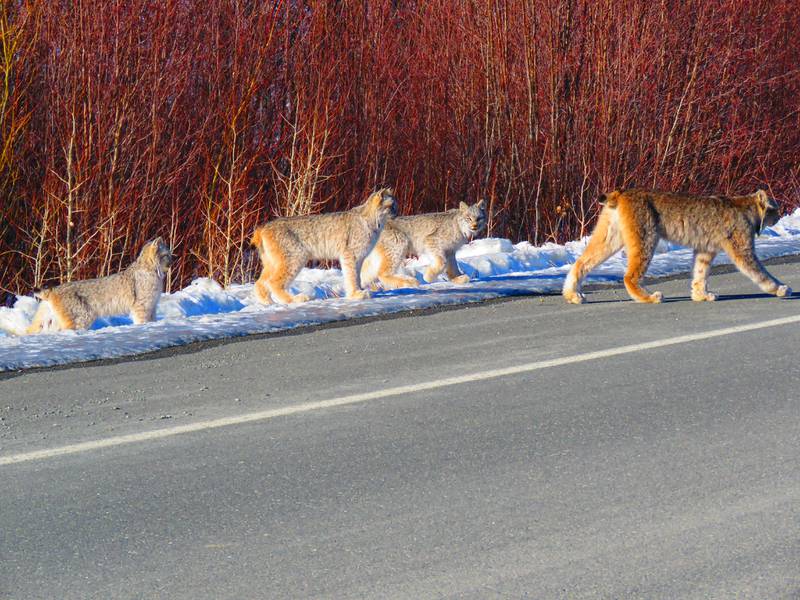 When everything was said and done, she told the CBC, “There were all the kittens and the mama and they just came onto the road as I was standing behind the truck.”

The animals didn’t appear to be in the least bit scared of her.

She told the CBC that after a while, some traffic passed by, and they fled into the woods.