A family in North Carolina were stunned when their pet German shepherd gave birth to a lime green puppy who she’s now named Hulk. 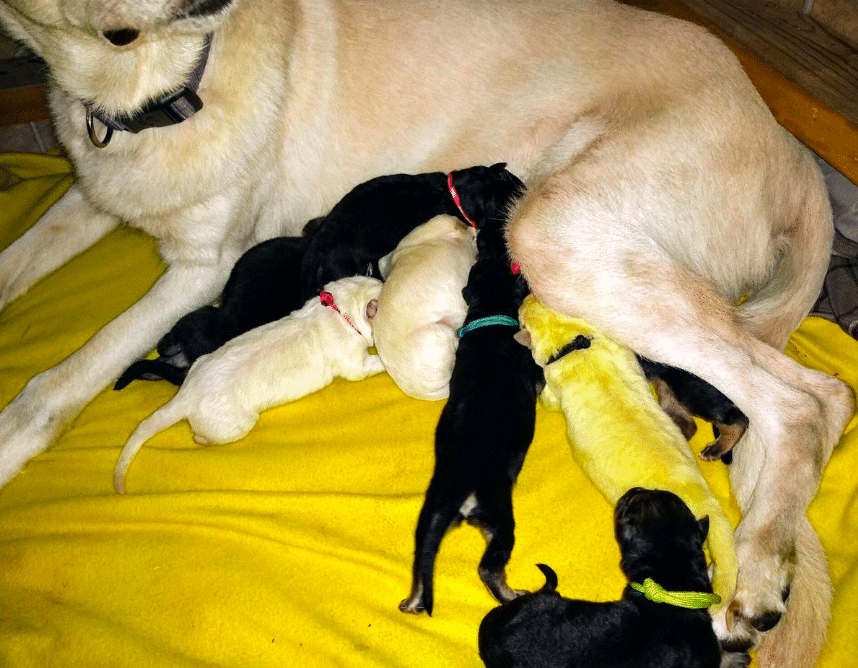 When Shana Stamey of Canton, North Carolina’s white German shepherd went into labor last Friday, she thought she was ready for any surprises.  The dog named Gypsy quickly gave birth 8 healthy puppies but its owners freaked out when they saw the green pup.  Shana Stamey said she then reached out to a number of animal experts, who assured her that it was just staining from birth fluids, and it was in no danger. 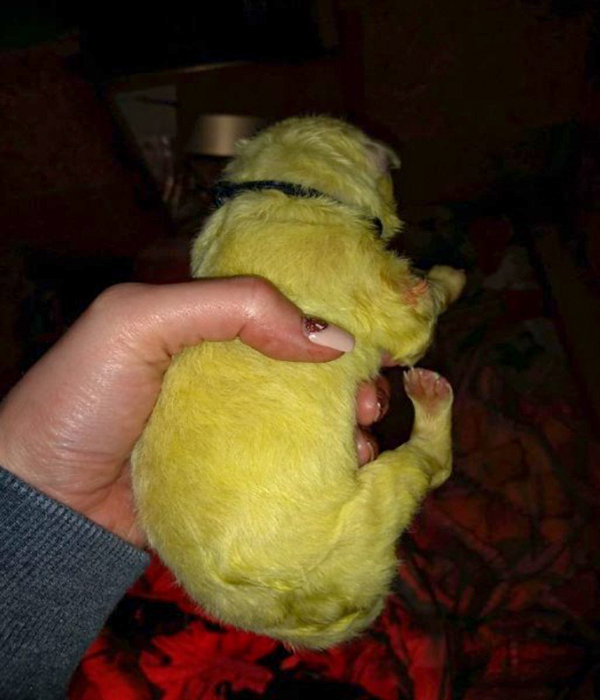 Photos show the small pup with a bright, light green tint that stands out against his white and black furred siblings.