Skip to Content
Home Rescue This Motherless Kitty Would Have Died Alone Near A Fence, But Take A Look At Him Now!

As you probably already know, kittens need a week to ten days to open up their days after they’re born. They can’t see well for weeks afterward and that’s completely normal. At this point of their life, kittens are pretty vulnerable and need special care, but imagine if you’ve found a kitten only a few hours old. That’s exactly what one Imgur user found.

One day bmusser (e.g. the Imgur user) was leaving home from work when he heard a faint cry coming from nearby bushes. He went over the fence and found a tiny kitty with eyes closed and the umbilical cord still attached! It was obvious that his mama gave birth not minutes ago, but she was nowhere to be found. 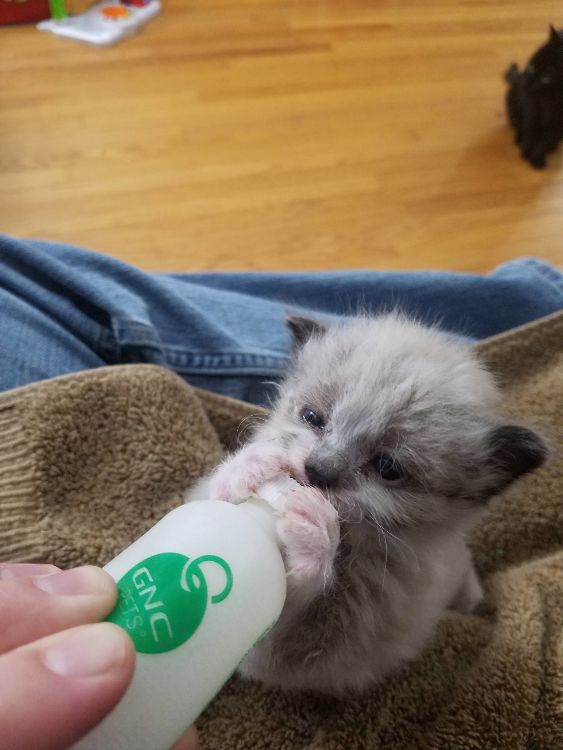 The man wouldn’t leave the kitty like that. He took the baby home and his wife went to the pet store to get baby formula. They fed the kitten with a tiny bottle every couple of hours. It spent most of the time sleeping and they weren’t really sure if he would survive without his momma. 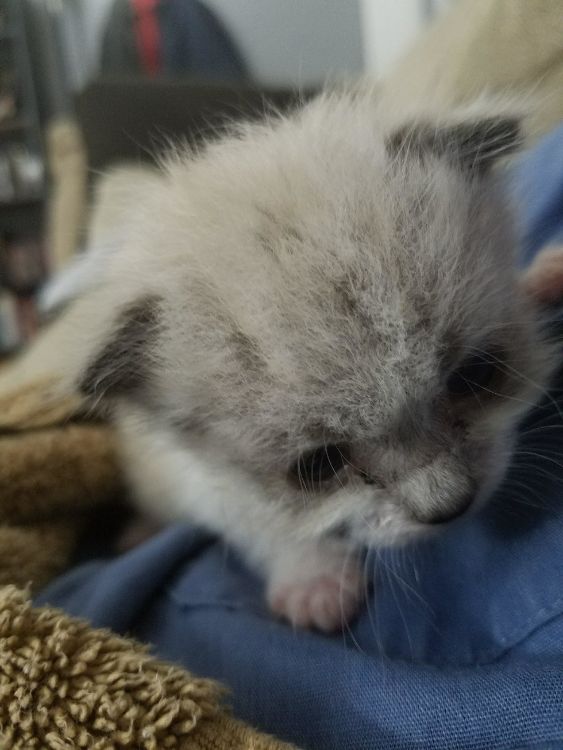 The next day, they took the baby to a vet and he confirmed the kitty’s not a couple of days old. His eyes and ears were closed, but his umbilical cord fell off on its own. The vet warned them that the kitty needs special care as he doesn’t have his mother with him. 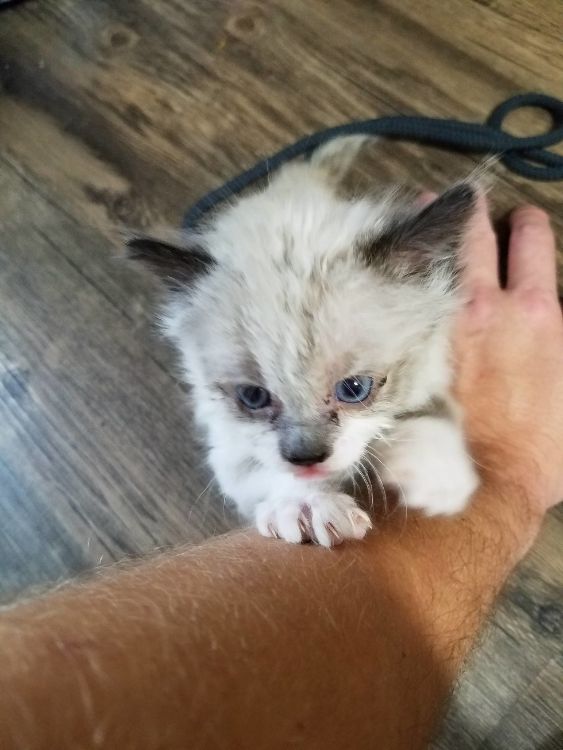 Unlike other animals, kittens develop pretty fast and it wasn’t a few days later before Casper showed the first signs of growth. “He usually sleeps on our feet or shoulders,” bmusser said.

In a week, Casper’s chances were looking much better. He started eating on his own as soon as his eyes opened and just like any cat, Casper was up to usual cat stuff in a few weeks. 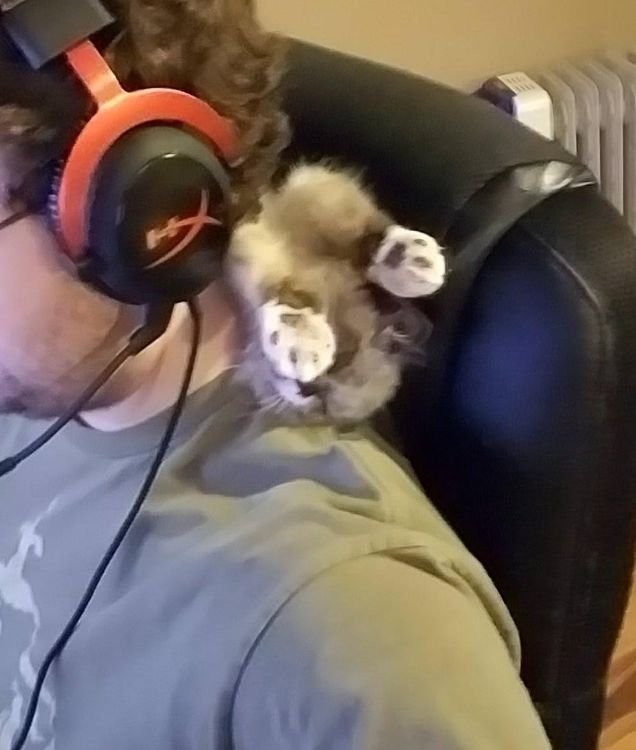 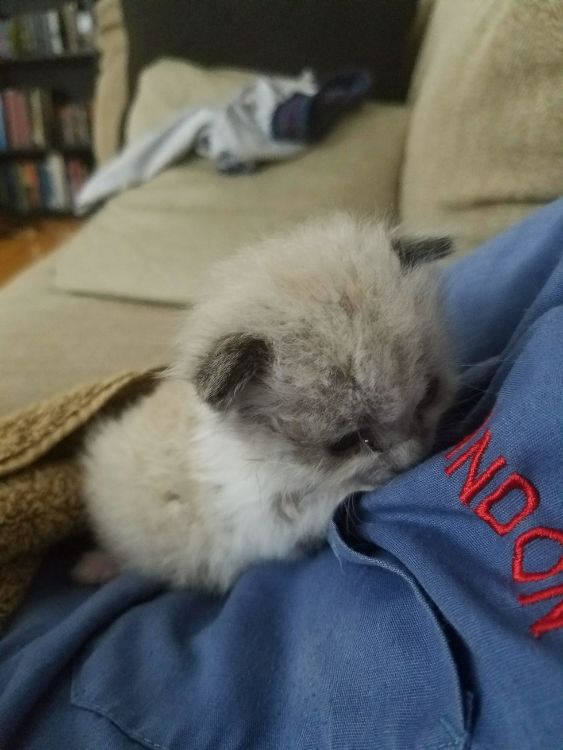 He wasn’t alone on his journey – he had a buddy besides his mom and dad. 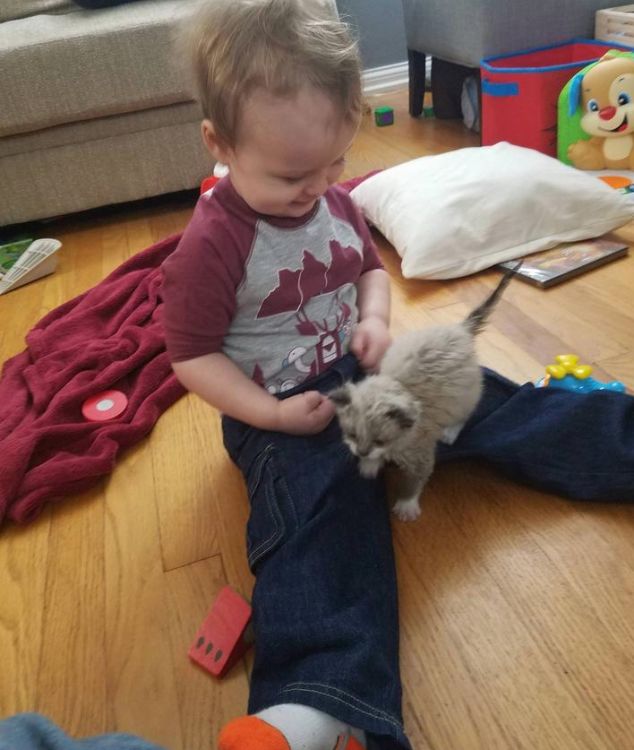 Take a look at him now – Casper has grown into a beautiful little boy who loves playing with his parents. 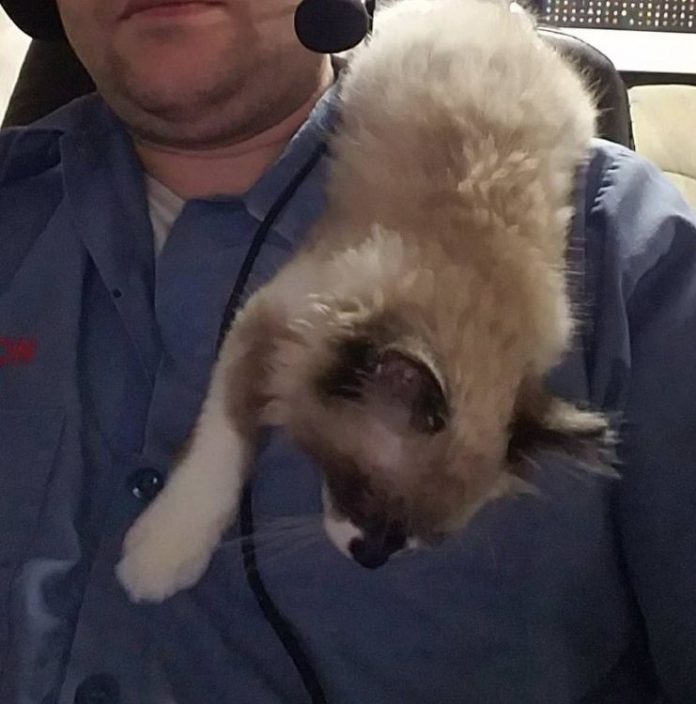 Two and a half months later, Casper is fully independent, although he still tries to sleep on his dad’s shoulders. Take a look at the wonderful kitty now: