DELAWARE – Ever heard the one about the three blind cats befriending two pit bulls?

This is the story of Faithful Friends foster mom, Sherry Stewart.

Stewart, who works in corporate marketing, has fostered more than 60 dogs and 22 cats over her three years of volunteering with the Newport animal rescue organisation.

But this year, she took on two kittens, Bruce and Willis, and one seven-year-old cat, Helen, who has special needs. All three cats ad both their eyes removed.

“Most people would see them as not adoptable,” Stewart of Hockessin said. “And they are.”

Helen, a gray cat with white paws, arrived at Faithful Friends last month after a man called about a stray just hanging around his yard.

“Come get this cat. I’m going to kill her,” he threatened.

Helen was in very rough shape. Hungry and flea-ridden, she also suffered from severe glaucoma, causing one eye to bulge out of her head as if she were an alien. Faithful Friends paid for her spaying and eye surgeries.

Both of Stewart’s pit bulls are mild-mannered and very nurturing. The gray one, Alfie, serves as a therapy dog at Nemours/Alfred I. duPont Hospital for Children, while the white one, Frankie, enjoys licking and snuggling with all three of the blind cats. 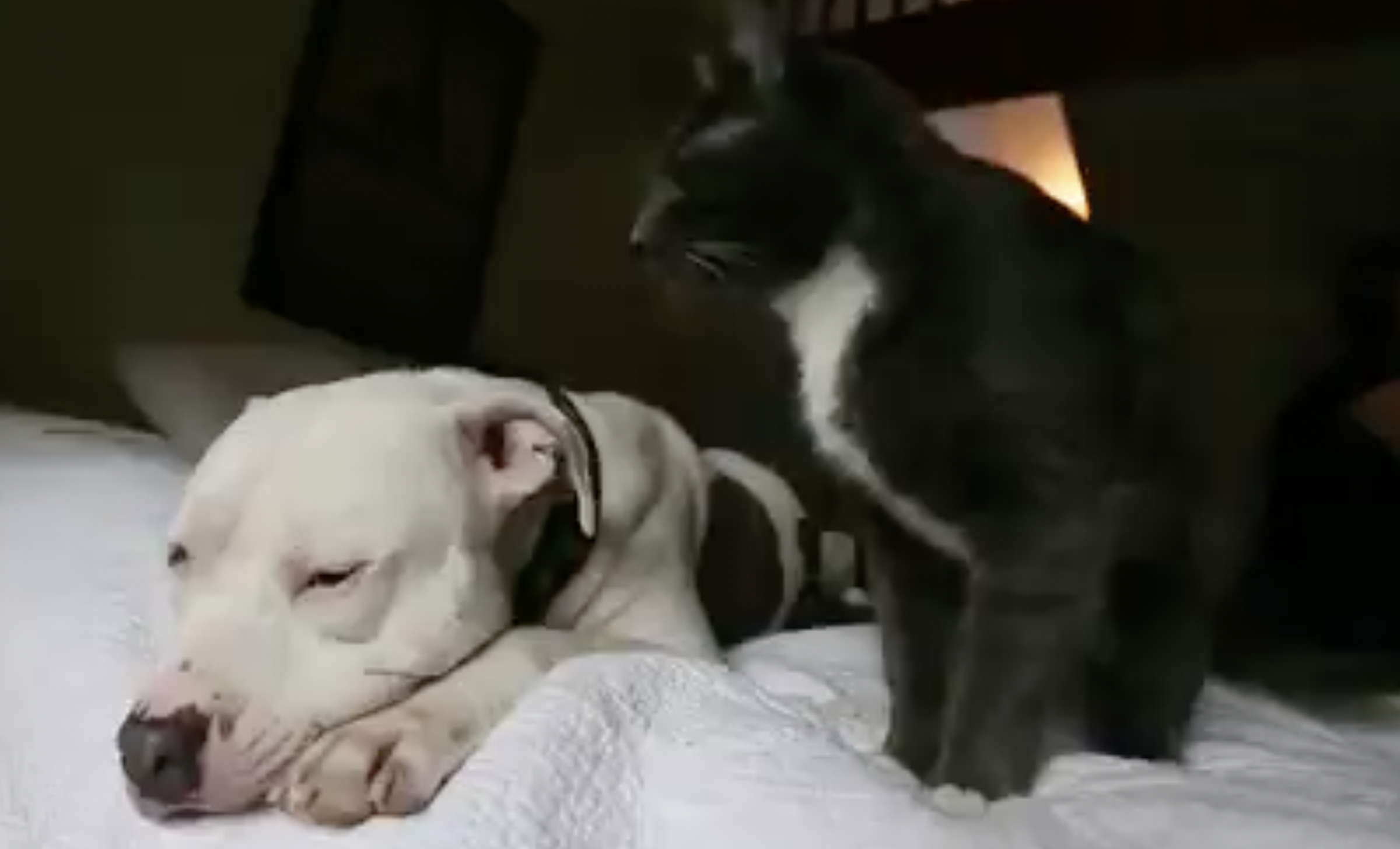 “I think he sensed that they needed a little TLC,” Stewart says.

What’s more incredible is that nine-year-old Alfie is a former victim of animal abuse, while four-year-old Frankie was rescued with a serious case of mange and pus-filled sores which covered his head.

Helen normally stays in Stewart’s kitchen with her favorite, familiar cat bed and tweeting bird toy. Occasionally, she will jump onto the window’s ledge, but not any higher. When you talk to her, she appears as if she is looking right directly at you, head cocked and ears back, even though her eyelids are sewn together. She also opens her mouth like a baby bird. 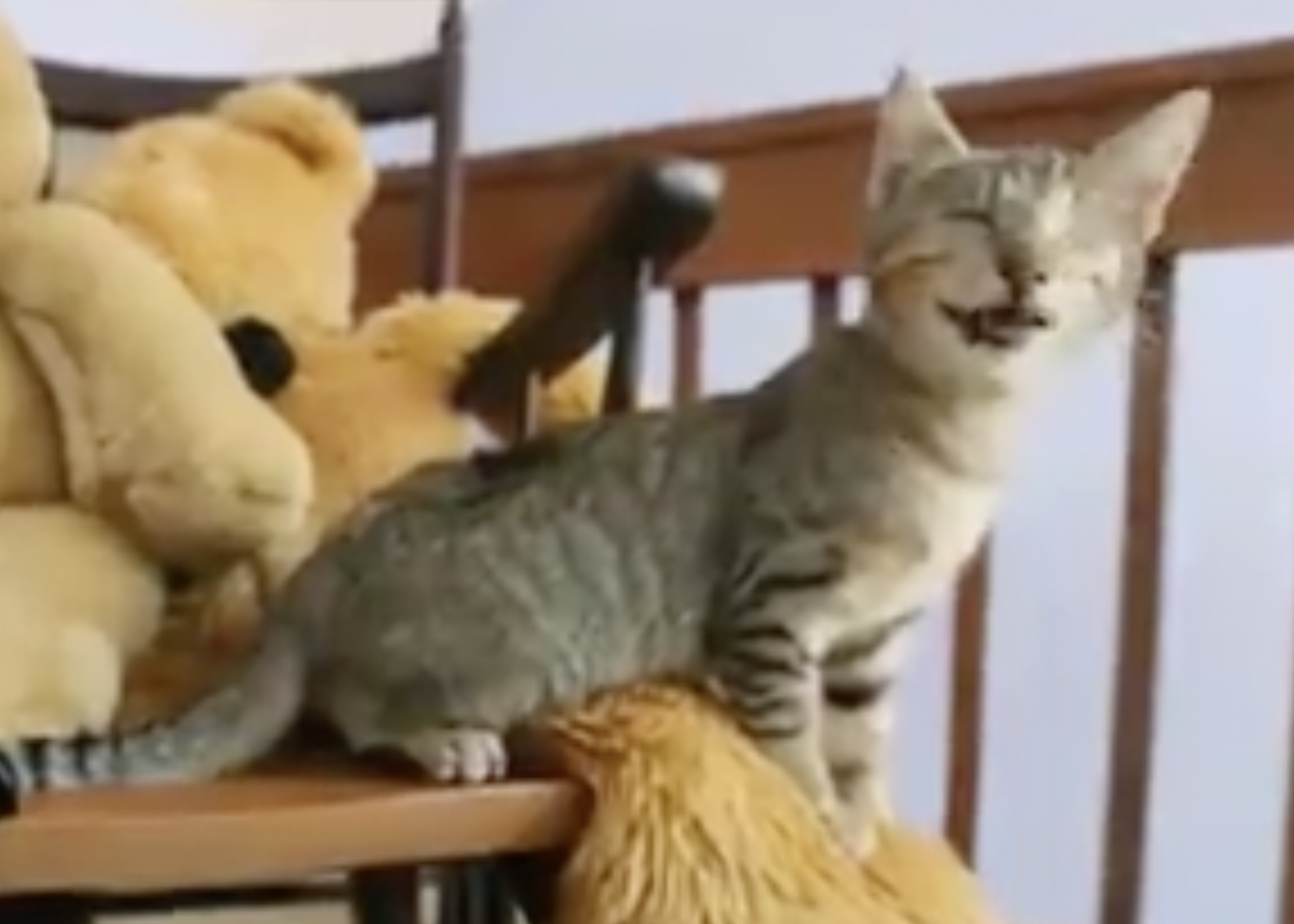 “All she wanted was to be held like a baby,” Faithful Friends’ cat manager, Debbie MacDowell, recalled upon meeting Helen. “I think, more than anything, she wanted to know that she was safe.”

A potential adopter is now interested in Helen, after the woman already adopted a one-eyed cat from Faithful Friends who had Feline Immunodeficiency Virus (FIV).

Meanwhile, the gray-striped Bruce and Willis remain on the third floor of Stewart’s home, scaling chairs and forever running around in circles. A bonded pair, both will be up for adoption soon on Faithful Friends’ website, www.faithfulfriends.us.

Through the end of the month, the nonprofit is running a “Misfit Special,” where adoption fees shall be waived on 17 featured dogs and cats.