A grandmother and her beloved cat spent the better part of a decade with each other.

This is the story of Gabby and her human! Gabby was just two years old when she claimed this sweet grandmother to be her forever human.

“Since Grandma and Grandpa were seniors, the shelter volunteers brought three cats to their house for an ‘interview,’” Judy Caponigro told Amy. 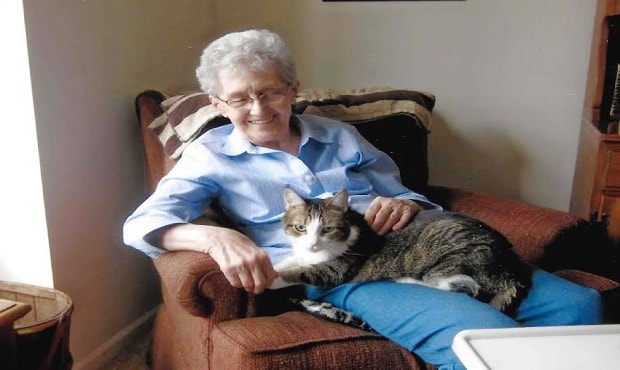 With a total of three shelter cats to choose from, Gabby was the one who seemed to hit it off with grandma right away and fit right in.

“The other two hid and furniture had to be moved to get them back in the carrier,” said Judy.

The connection was instant and mutual.

This loving grandmother was an avid reader and Gabby was her “book buddy.”

“It was a favorite time for her not only because of her love of books but because Gabby would be right there next to her snuggling in for the duration. She was a big cuddlier. Whenever and wherever Grandma sat down, Gabby was right there,” Caponigro told. 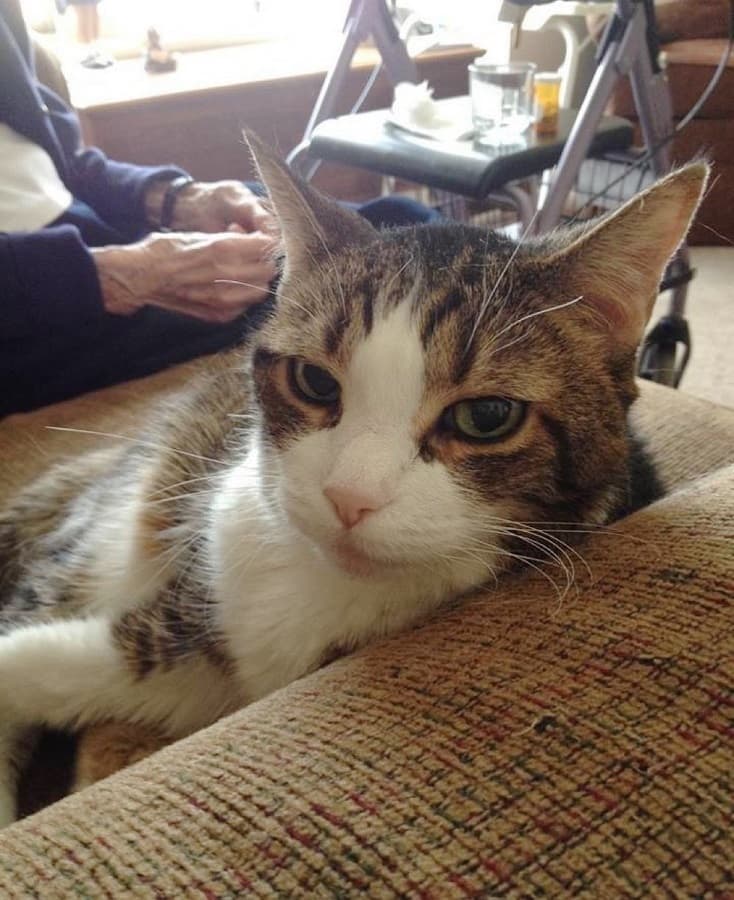 Gabby would begin every morning by walking on Grandma’s head to wake her up! Each night would end with this sweet pair cuddling and sharing precious moments together.

The health of both of them seemed to be deteriorating at the same time.

Gabby would spend most of the day by herself and Grandma was barely able to even eat anymore. It was then that Gabby let Grandma know that she was ready. 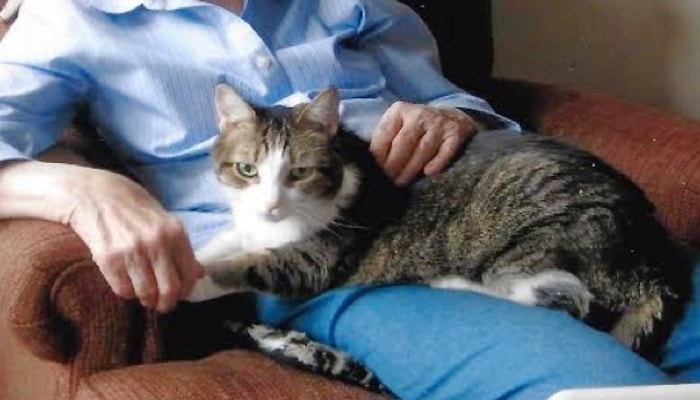 One of Grandma’s last big tasks was the day she took Gabby to the vet to be put down.

Gabby died in her grandma’s arms.

When grandma returned home sad and distraught, she decided to sit down on the sofa just to take a nap. Within a few hours, grandma herself, was gone.

“Grandma was always worried what would happen to Gabby if she passed first. I do believe that helping Gabby in her final journey, gave Grandma a sense of peace and permission to move on,” Judy told Love Meow.

This is one of those rare, special times when a person and a beloved pet get to cross over the Rainbow Bridge together .. a magical experience most of us pet-lovers … will never ever have.