If you ask 10 people the names of some wild cat species, you’ll likely get a list that includes lions, tigers, cheetahs and jaguars. And while those are all incredible felines, they just aren’t the only kitties out there.

Below are five species of wild cats you’ve likely never heard of before. Some may look more like big cats but all 5 of these shown below are about the same size as our beloved house cats. 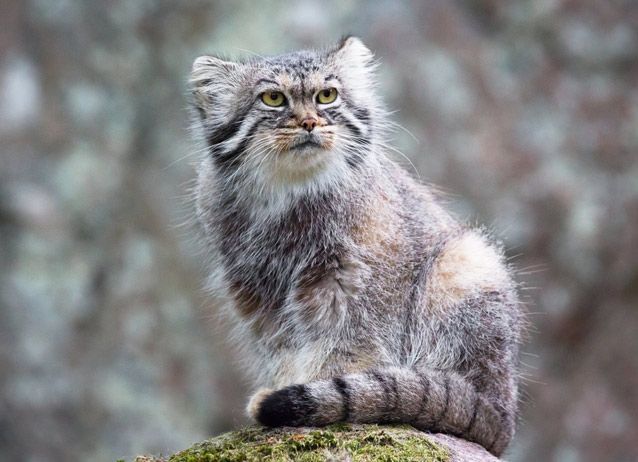 These cats look pretty sizable in photos but they’re all fur. This kitty weighs only between 5 and 10 pounds and has the longest and densest fur of any other feline. That tonnage of fluff makes them look a much bigger and more threatening than they actually are. In reality, they weigh about the same as a standard domestic cat. The Pallas’s cat, which is native to central Asia and countries including Iran, Afghanistan, Pakistan, northern India and southern Russia, likes cold arid and rocky habitats such as found in the alpine deserts. Their thick, giant fur coat makes their cold weather habitats nice and toasty.

The iriomote cat, native to and named after a small island in Japan, is also approximately the same size as a standard domestic cat. In 1994, only about 100 of these felines were still on the island, a number that experts believe has diminished over the past two decades. This cat is considered a subspecies of the leopard. They are dark brown with some dark spots and some striping, have a long body, a short tail and legs and rounded ears with a little white spot on top. The biggest threat to their continued survival, according to the International Society for Endangered Cats, is breeding with domestic cats, an possibility that they say “dilutes the genetic integrity of the species.”

And now, the jaguarundi. These small felines only weigh between 6.6 and 15 pounds and are found in Central and South America. Their fur doesn’t have distinct markings like stripes or spots at all, but instead slowly transitions between colors like black, brown, gray and rufous tones. The jaguarundi can be found in grasslands, forests, swamp, dry scrub and also the savannah woodlands. They also, differing from other wild cats as they are quite active during the day. 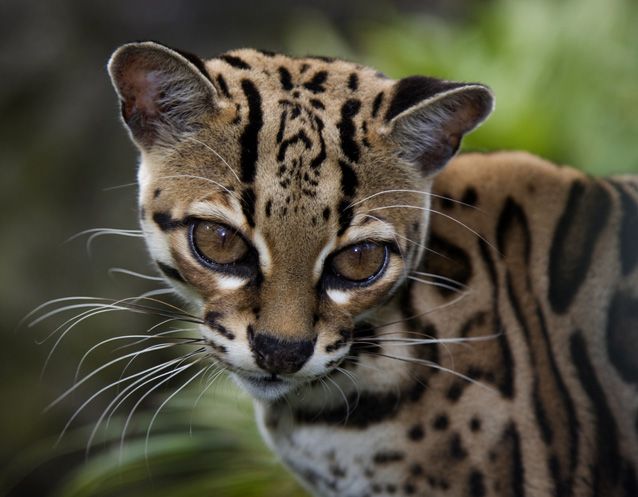 The margay might get the coolest strange talent award. This tiny cat — also around the same size as a domestic cat — can hang from tree branches by one hind foot, and can also rotate its hind feet 180 degrees helping the feline to run down trees (needless to say, its tail is very long). As you might imagine, with skills like those, the margay spends much of its life and times up in the trees. This cat can be found only in Central and South America. The markings of these cats are quite varied. From head to toe you’ll see stripes, spots and blotches as well as sharp variations in the color of the coat. The margay is light brown on the top and has white fur on the undersides of his chest, chin, belly and legs. 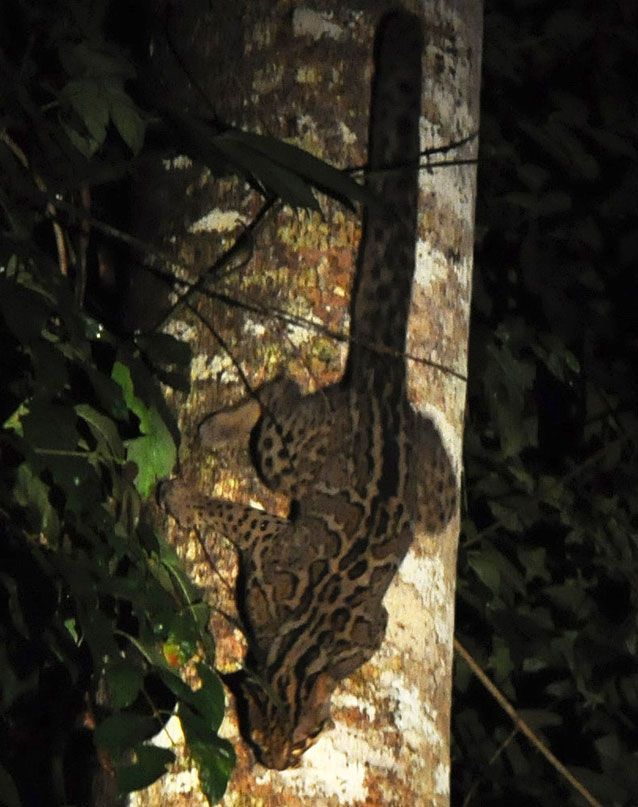 This tiny cat, weighing in at only 4.4 and 11 pounds, looks a bit like a small version of a clouded leopard. Much of the thick fur coat is marbled and has large, randomly shaped blotches, as well as lines down its back. This feline’s tail is very long and bushy, sometimes even longer than the body of the cat itself. When it walks, it holds the tail out into a straight line, parallel to the ground. Believed to live in forested habitat based on its feet, tail length and short limbs, the species is very reclusive and has barely been studied in the wild, with the exception of one female who was tracked in Thailand with the help of a radio collar. The species lives is native to Southeast Asia.