This is the heartwarming, moving story of Steuben and Precious

Being completely blind, Steuben the cat was quite lost until he met a new friend by the name of Precious, who not only became his friend, but his seeing eye kitten.

What a huge role for such a tiny kitty! 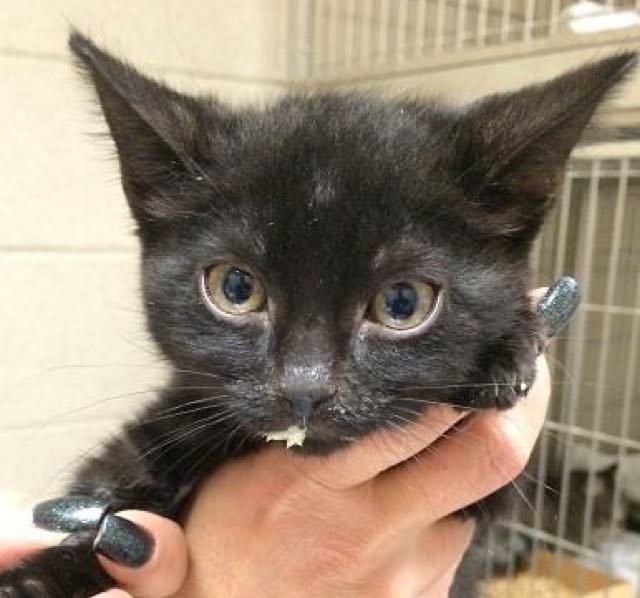 “Steuben, just 6 months old, came to the Cleveland APL with horribly damaged eyes that needed to be removed in order to help him feel better,” Cleveland Animal Protective League wrote on Facebook.

“While recovering in a loving foster home, sweet Steuben met Precious, who not only became his new best friend, but also his new pair of eyes!”

Precious, a 3-month-old kitten, taps and nudges Steuben and guides him to his food bowl when it’s time for them to eat. 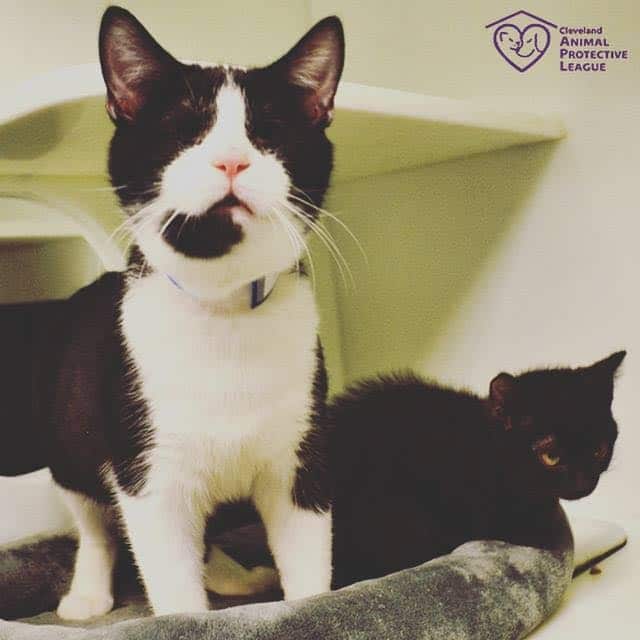 She is always at his side helping him in every way she possibly can including guiding Steuben around to make sure he doesn’t get himself into any jams.

Of course, we must note that Steuben is learning to some degree, to rely on his own senses. But he doesn’t have much to worry about because Precious will always be there for him.

It has been determined that these two true soulmates need to be adopted together and they are currently awaiting adoption at the center in Tremont, Ohio.

We were at The Best Cat Page wish Steuben and Precious the best in a speedy, quality placement. 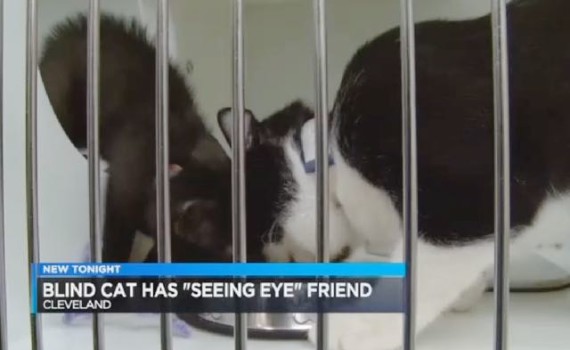