Skip to Content
Home Cats🐱 A pet Owner’s Cat Becomes Internet Sensation! because of her hilarious pictures of eyes

The owner alleges that after forcing her ginger tabby, named Bozai, to share a cage with a stray puppy she found, the cat suddenly developed boss eyes.

The woman was so shocked that she posted the incident online in an effort to use social media to learn what had happened. Over 42,000 people have shared her article. 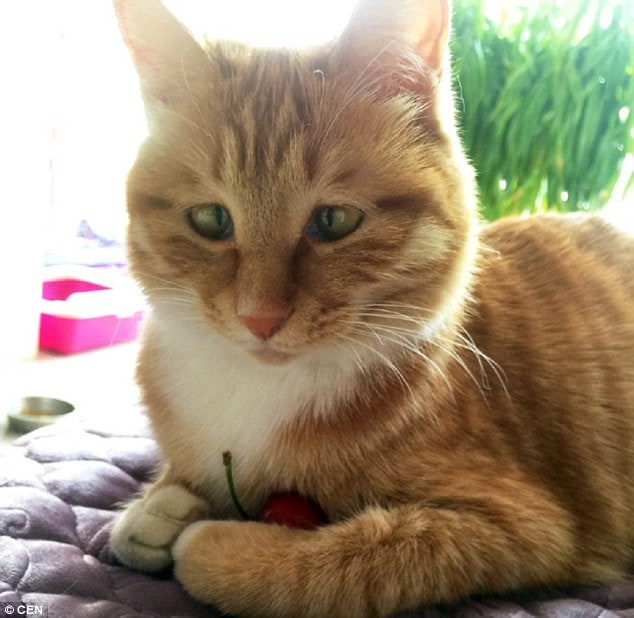 Only her social media handle, “I wish to raise a panda,” is used to identify the owner.

On May 23, she posted about the peculiar encounter on Weibo, China’s equivalent of Twitter.

She claims to be presently residing in Taiyuan, Shanxi Province.

The woman claimed in the post that she had discovered a stray dog that was one month old and had decided to bring it home with her.

She claimed to have given the dog a name: Diliuliu.

She continued by saying that while she wanted to find the puppy a new home, she would first keep it in her home until a suitable family came forward.

She claimed to have a pet cat as well, which she stated spends the day roaming but spends the night in a cage.

The message continued, “It has to sleep with my cat while I hunt for an owner for the dog. 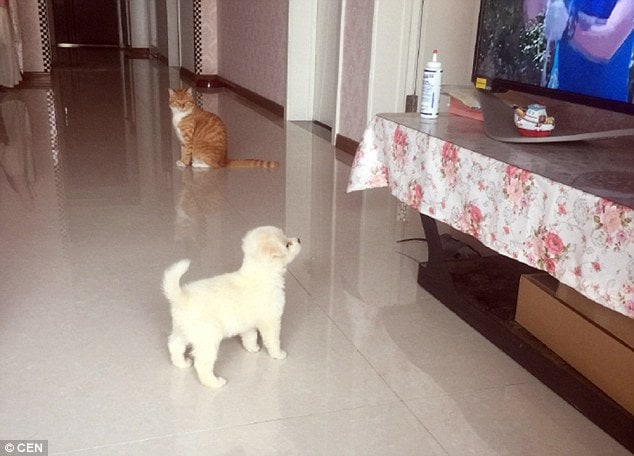 I partitioned the four-level cage into two levels because I worry the puppy would feel lonely. The cat resides on the first floor, while the dog is located on the ground floor.

They can look out for one other and will make terrific neighbours.
The woman continued, “I then discovered Bozai the ginger tabby with wonky eyes all of a sudden on the morning of May 23.”

Oh my god, [it has] turned boss-eyed, she added. Is it because the cat didn’t sleep properly and the dog yelled all night?

Bozai has previously played with dogs without any issues, according to her, and it appeared to be enjoying its new pal Diliuliu. 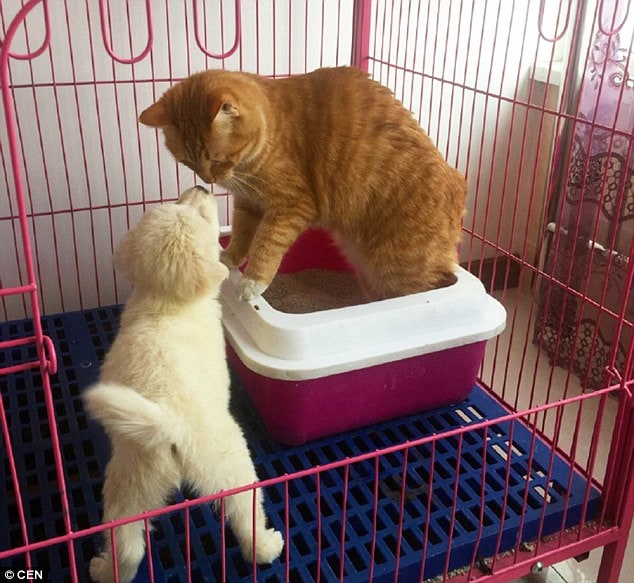 In an effort to receive some guidance, the woman tagged Zhang Xu, a veterinarian.

I have postpartum depression, and I was crying just now, but I should feel much better after reading this post, said ‘Lou zhu ren.’

A: “Ba bo si 35mr.” I have been giggling at this post for two days, the author then wrote.

Even some other users attempted to explain why they thought the cat had crossed its eyes.

Perhaps the cat was extremely stressed, a user remarked. If the condition persists, it can pass away. You should take it to a veterinarian.

It has been staring at the dog for too long, complained user ‘lybbbbbbb’. 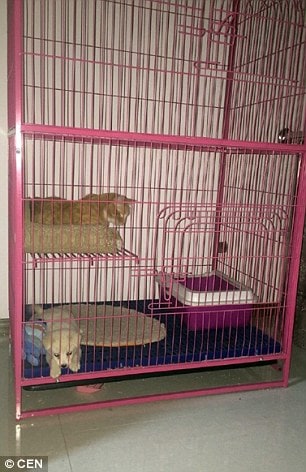 The post further stated: “According to my investigation, this is a result of the dog and cat sharing an area too closely.”

The extra-ocular muscles of the cat, who was sleeping on its side and gazing at the dog the entire night, were temporarily damaged.