The cat you can see in the pics is called Mami, and she probably has the most sorrowful eyes in the animal kingdom. Mami was found abandoned as a kitten in a dumpster a year ago. The woman who found her was shocked to see a perfectly healthy kitten left to his fate. The first thing she does is call a friend of her who loves cats. Sinead Schaefey agreed to take the cat in, gave it a bath, fed it, and left it to rest. 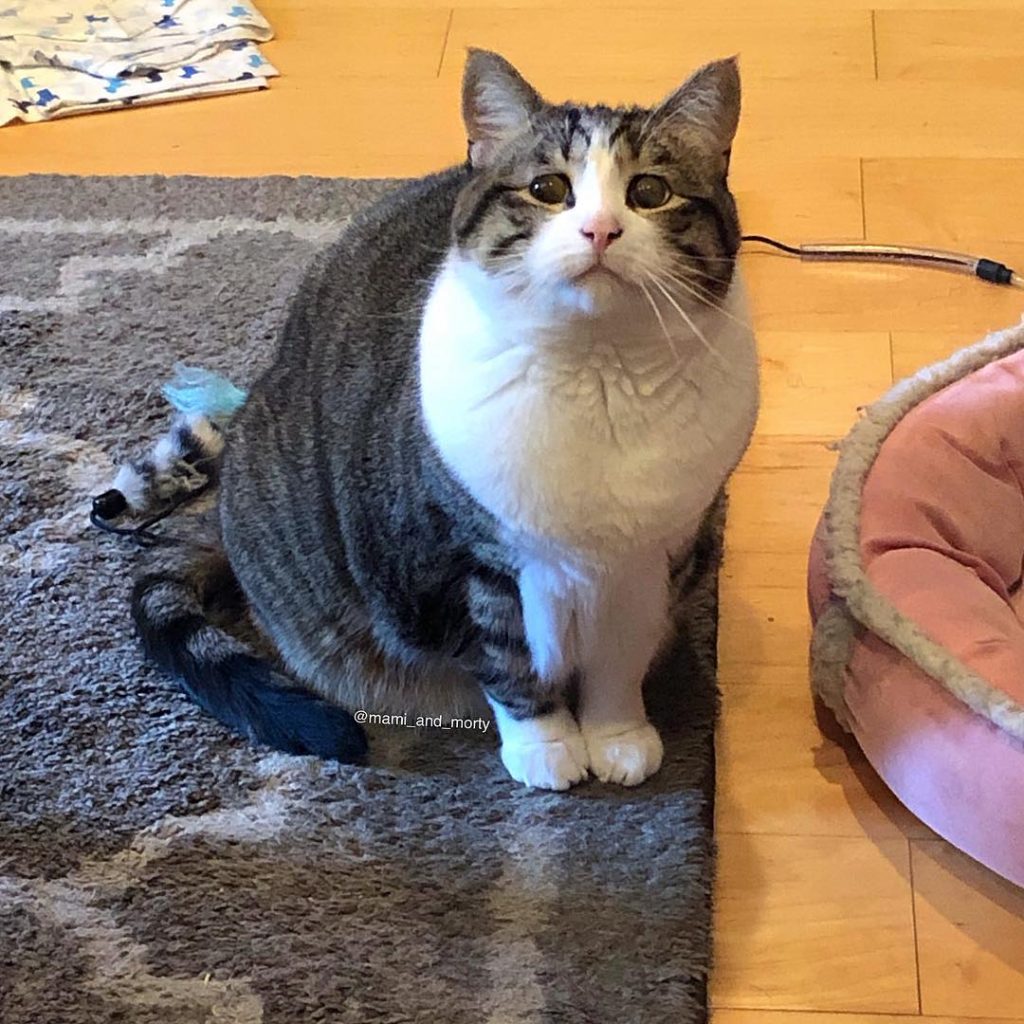 During the first few days, things were rough. The kitten was afraid and hid everywhere it could. She hissed at Sinead and she genuinely believed it would never pass that phase. Nothing worked for weeks until Sinead and her partner decided to get Mami a sibling. So, they took in an energetic kitten called Morty and the trick worked! 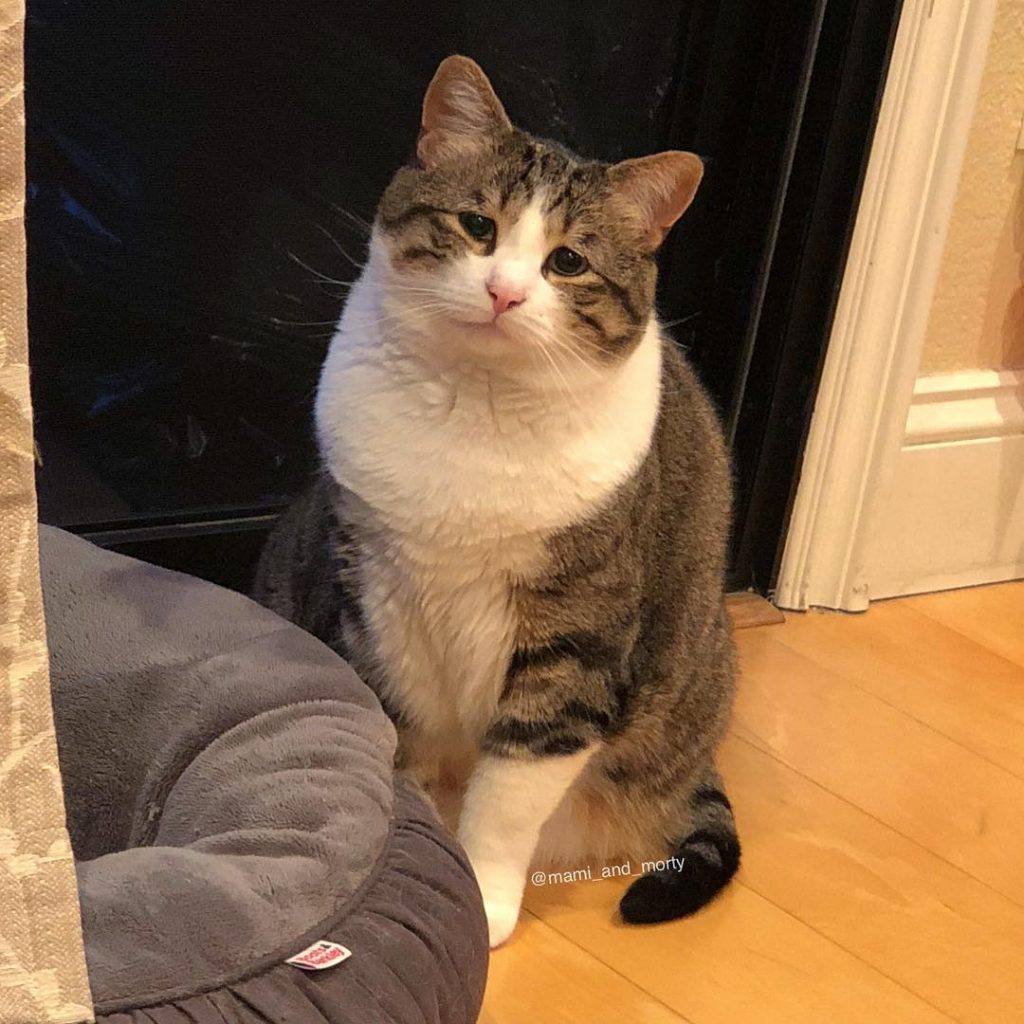 Unlike Mami, Morty sure showed his parents love from the first day. Mami wasn’t too fond of him in the beginning, but she warmed up to the idea of having a sibling not long after. A few weeks later and the pair was inseparable! 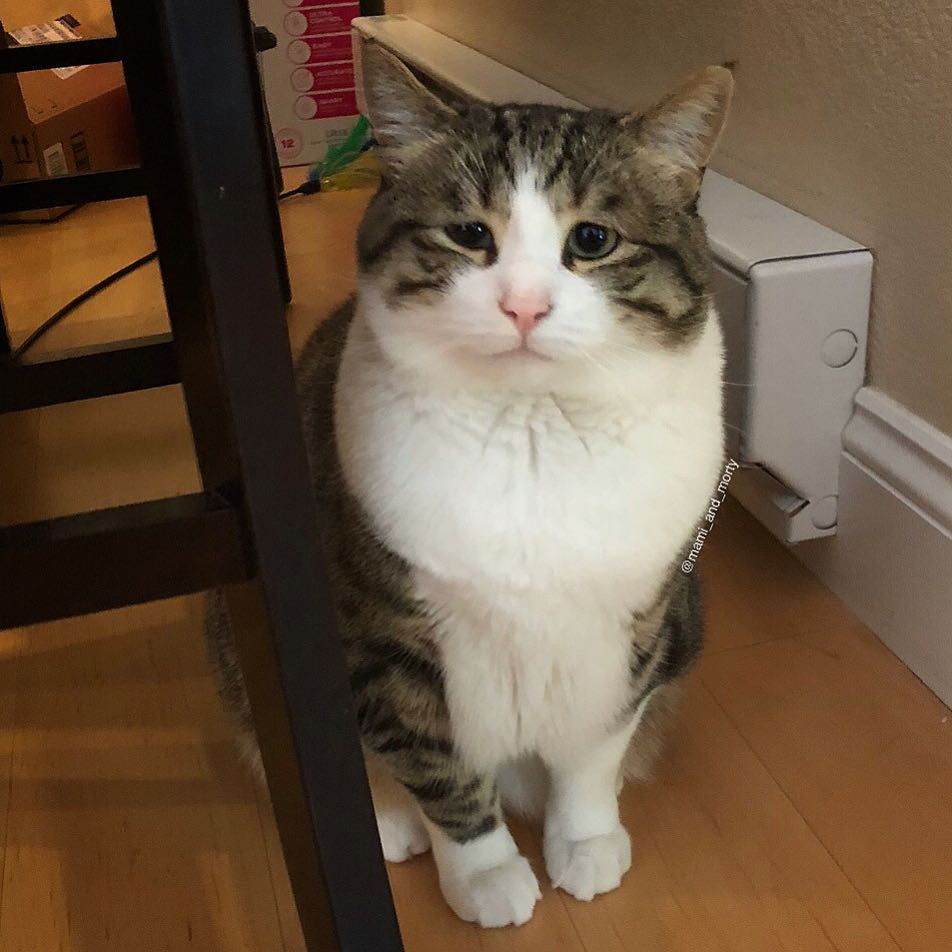 Morty really helped calm Mami down. It’s safe to say that he showed her how to be a cat again. He taught her how to play and meow for food when she’s hungry. Most importantly, he showed her that her new owners won’t hurt her. And, although Mami looks a bit sorrowful, she’s definitely as happy as she can be. 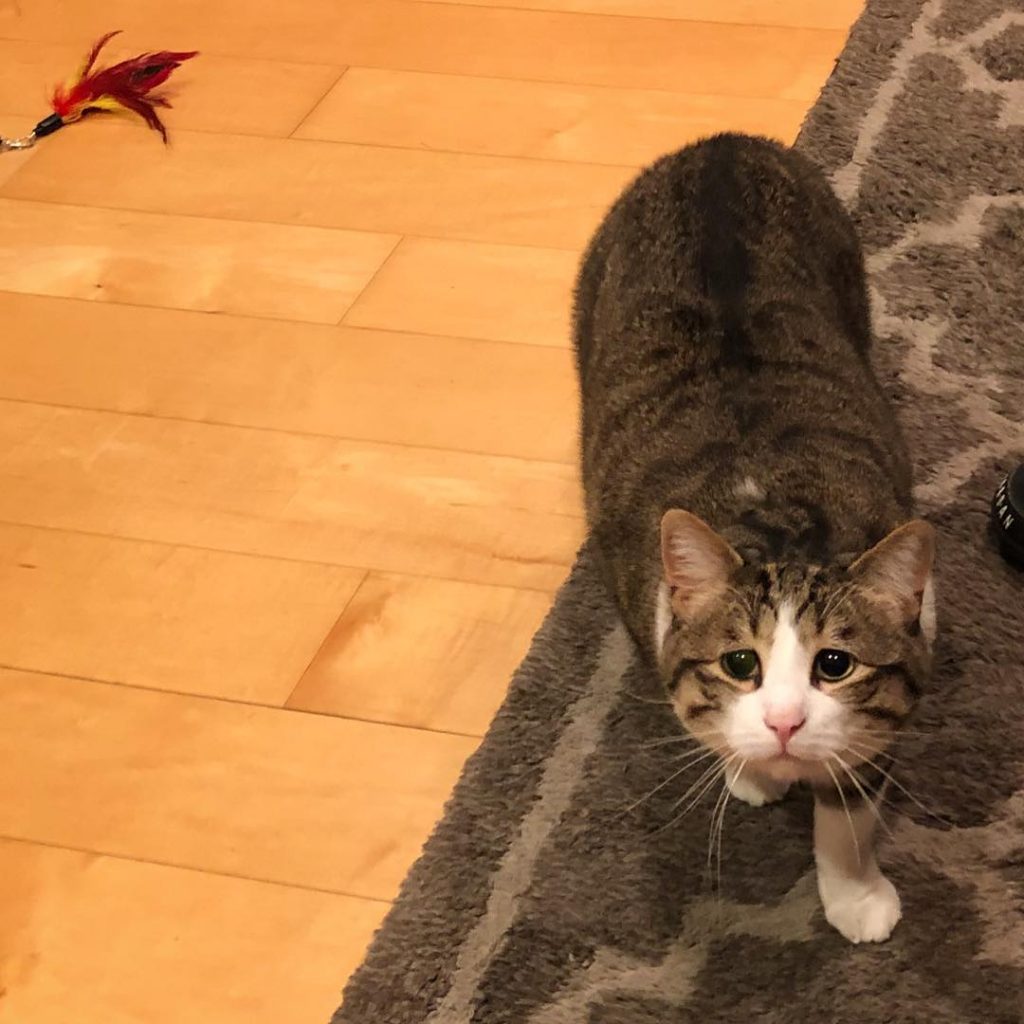 Sinead is always sharing her two cats playing on YouTube, and the reactions have been more than positive.