Anne Bosche is a proud owner of a Dachshund called Gracie. Anne is taking great care of her dog and walks her outside a few times a day. They have a path they always follow, but recently, they experienced something strange on their walk.

As soon as Gracie went out, she started barking at a nearby bush. This was highly unusual as Anne saw nothing in the bush. Gracie wouldn’t stop, so Anne decided to take a closer look. When she got close, she saw a beautiful cat that she hasn’t noticed before. The cat had a large tail and a striking pattern which caught Anne’s eye. “Aren’t you fancy?”, the woman said. 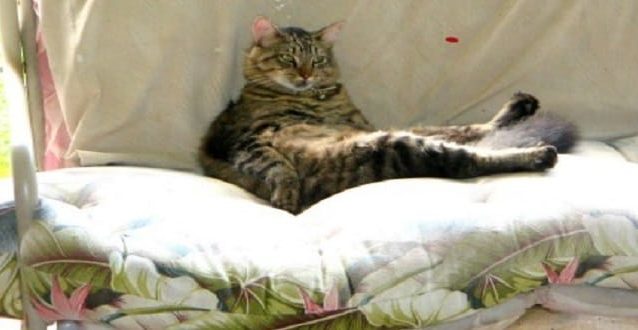 Anne looked around to notice if someone’s looking for the cat, but there was no one around. The kitty was obviously hungry, so Anne decided to give him something to eat. As she had a few kittens at home, she got some cat food and fed it. 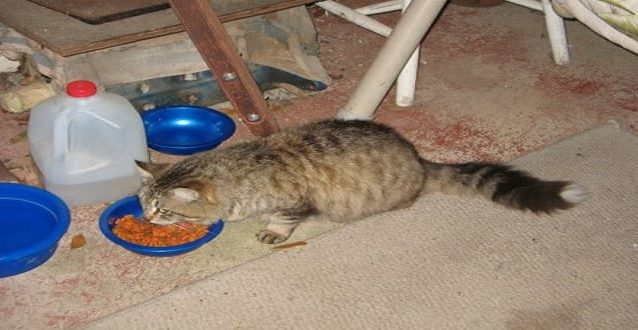 “He was skittish at first, until I put the bowl near the bush. He ate and went away, but he was back the following night,” Anne says. The kitty got used to being fed by the woman. He waited near the bush for his food every day. It was obvious that no one was missing him, so Anne took it to a shelter. It was really hard to make the choice, but she already had 3 pets. 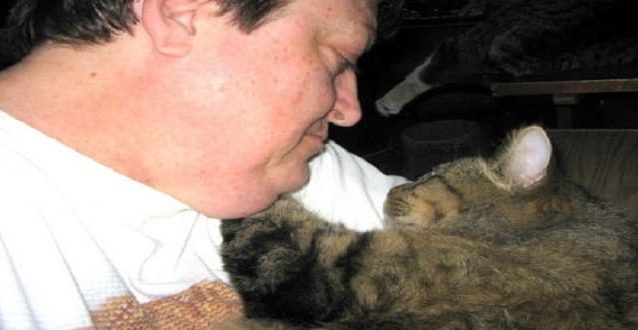 Not a month later, the kitty escaped the shelter and found his way back to Anne’s home. She saw this as a sign from God and took the kitty in. Now she has 4 pets and she says she doesn’t regret it a bit. “I think he’s got a guardian angel on his back. I love him very much and he’s never going to beg for food on the street again,” Anne says of Mr. Fancy.