Skip to Content
Home Cats🐱 Faint meows awaken a woman and her husband in the middle of the night, but they don’t own a cat!

Recently, a couple was left without sleep when they heard a cat meowing. They didn’t own the cat, so the noise coming from the basement was pretty strange. They immediately went down and were baffled by the sight.

There was a litter of tiny kittens in the basement – they looked only 2-3 days old and their mother was nowhere to be seen.

“Last month, my daughter woke me up after midnight saying there’s a cat inside. We didn’t believe it, but then heard the sound as well. We went in the basement and to our surprise, there were 7 kittens in there!”, Janette Miller from Indiana says. 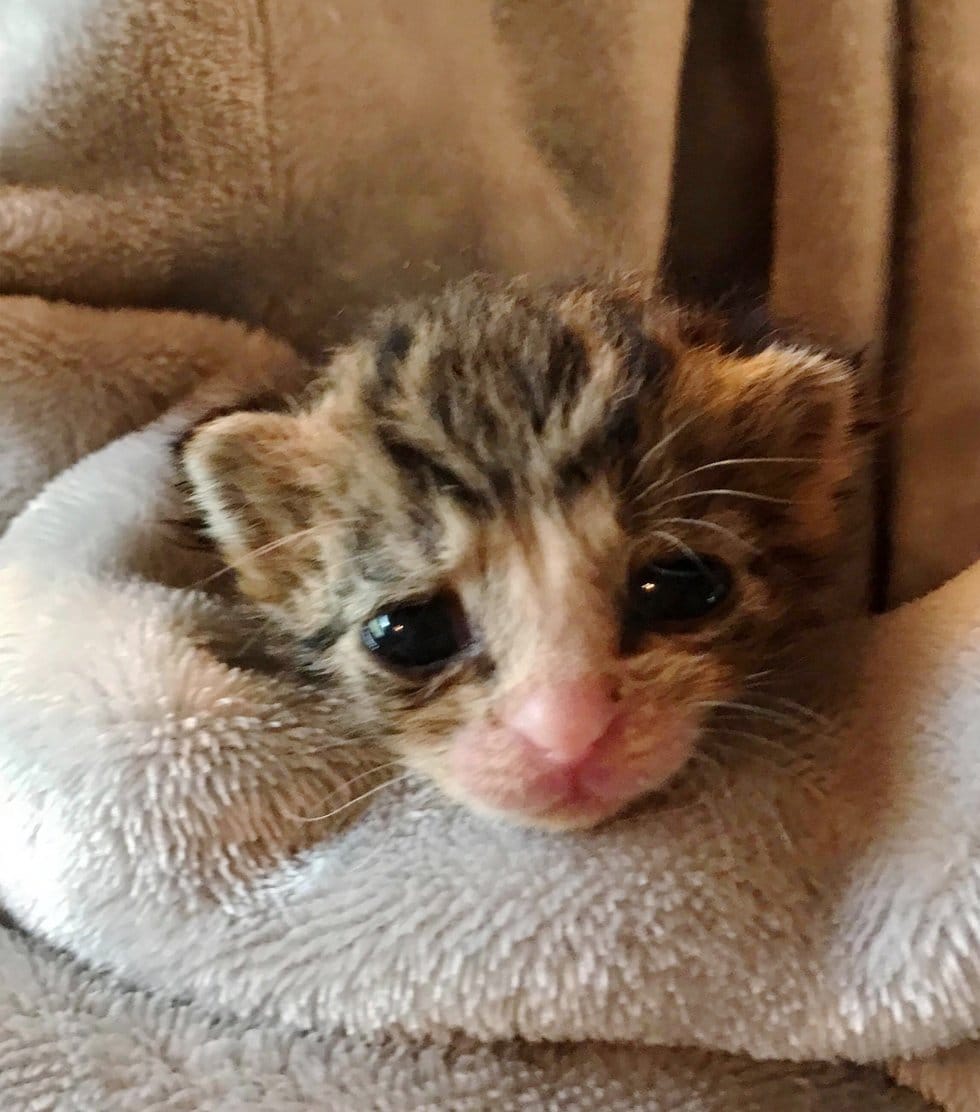 They never owned a cat and never saw one in the neighborhood – well, except one cat a while ago. Janette and her family live in a rental house, so they’re not allowed to have pets. However, a cat obviously chose their basement as her birth spot. 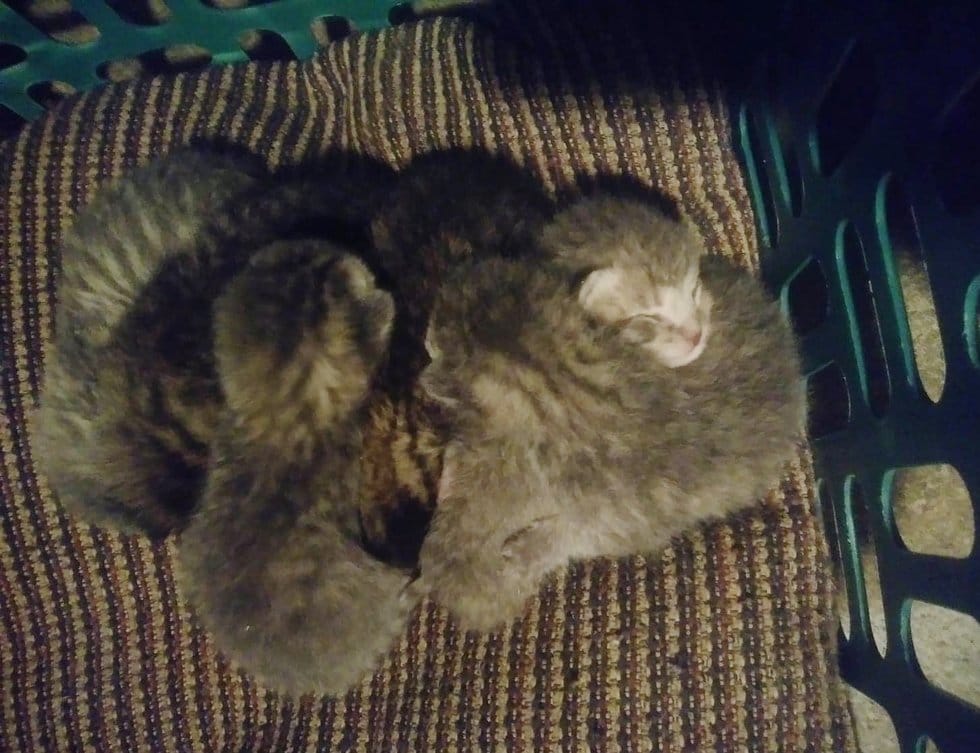 Janette took the kittens to the vet the next morning, who told them they need round the clock support without their mother. Having no time to care for them, she reached to a shelter in Indiana for help. 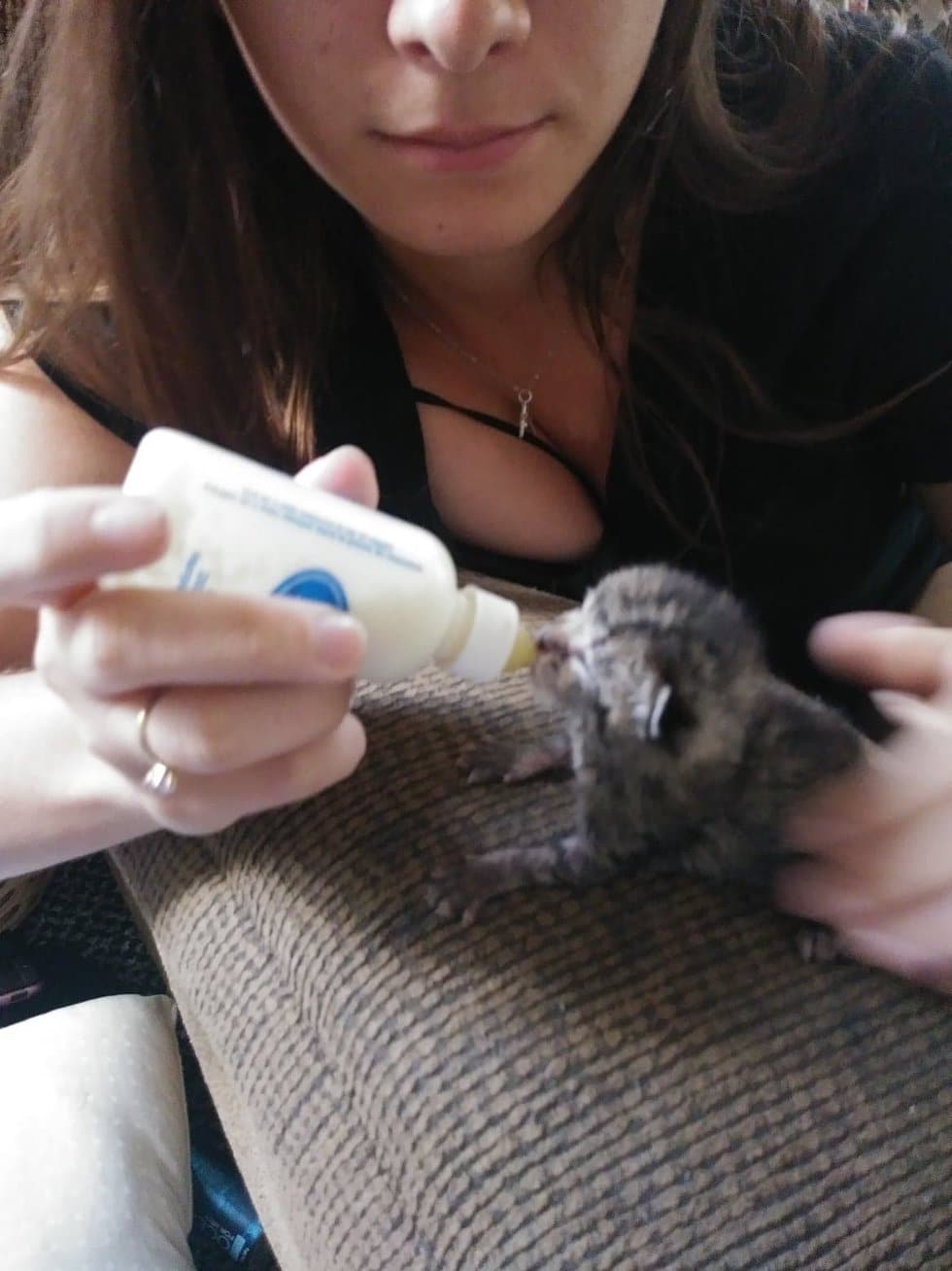 The staff took the kittens and cared for them non-stop. After thorough investigation, Janette and her husband found a tiny hole in the wall through which the cat entered. 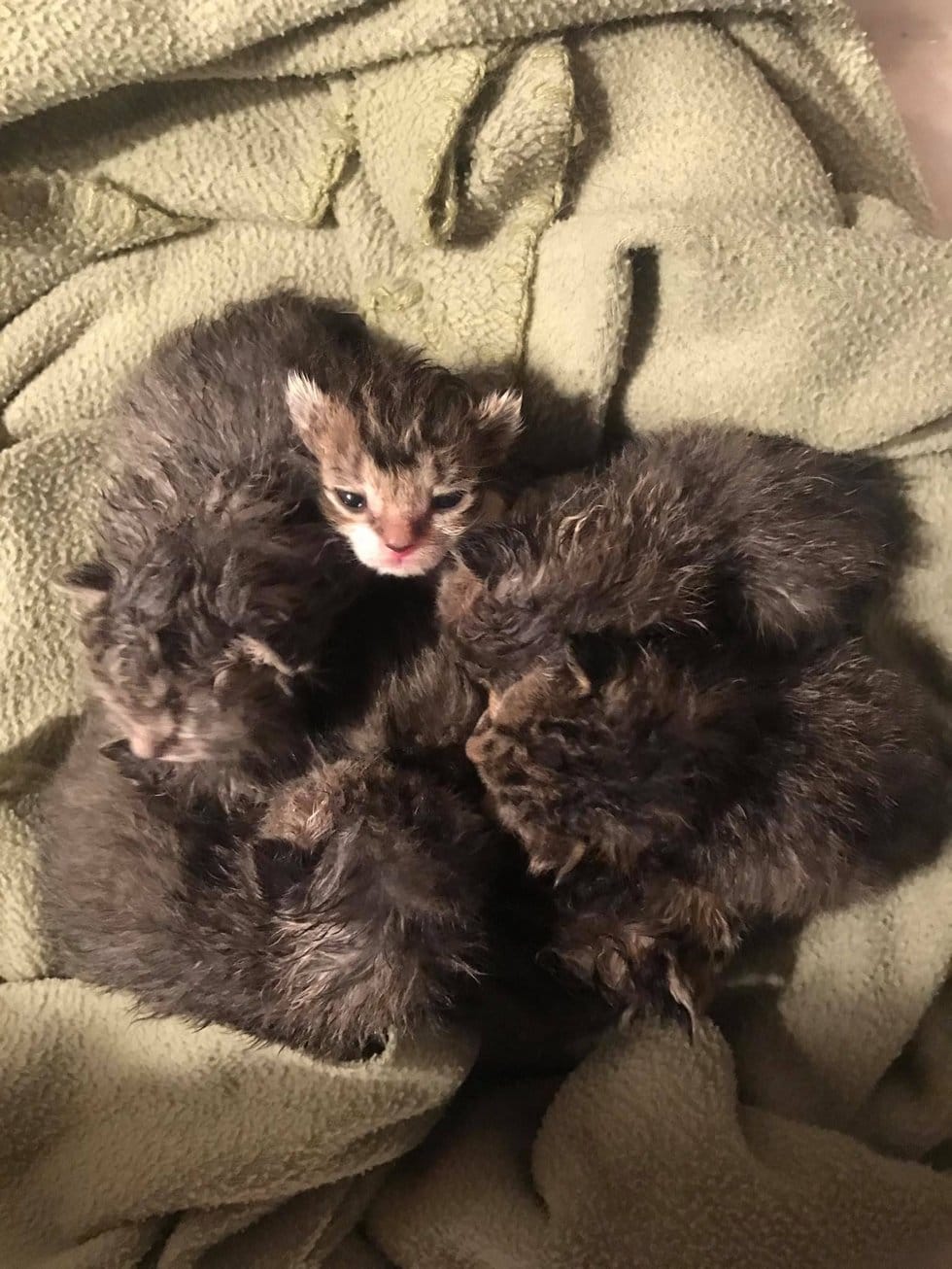 Back at the shelter, the kittens were doing well. “They love snuggling with each other,” Jennifer Gillispie, founder of the here kitty kitty rescue says. 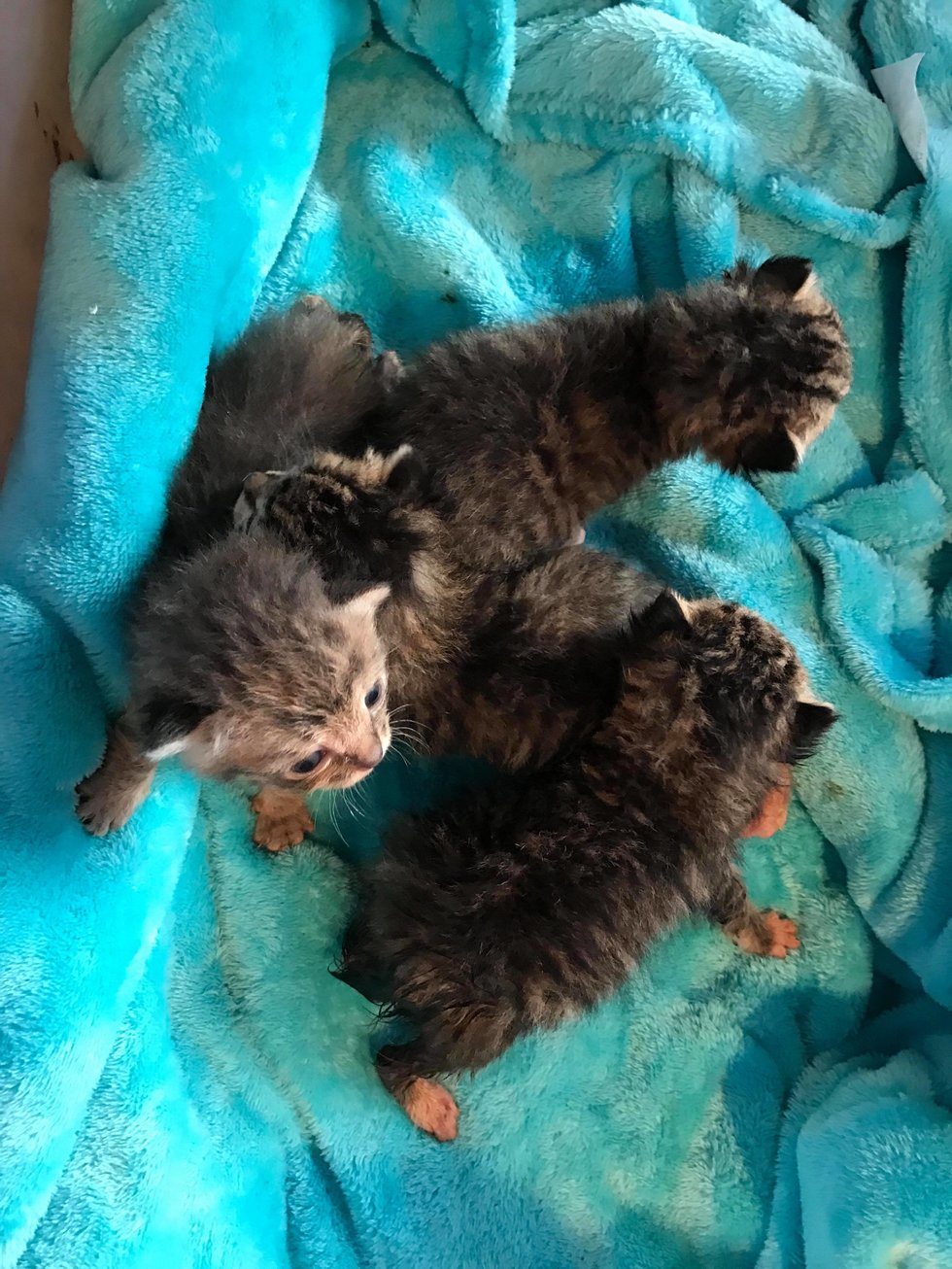 The orphans are in danger of serious infections as they need their momma’s milk to develop antibodies. The vets and staff think they’ll pull through, though. 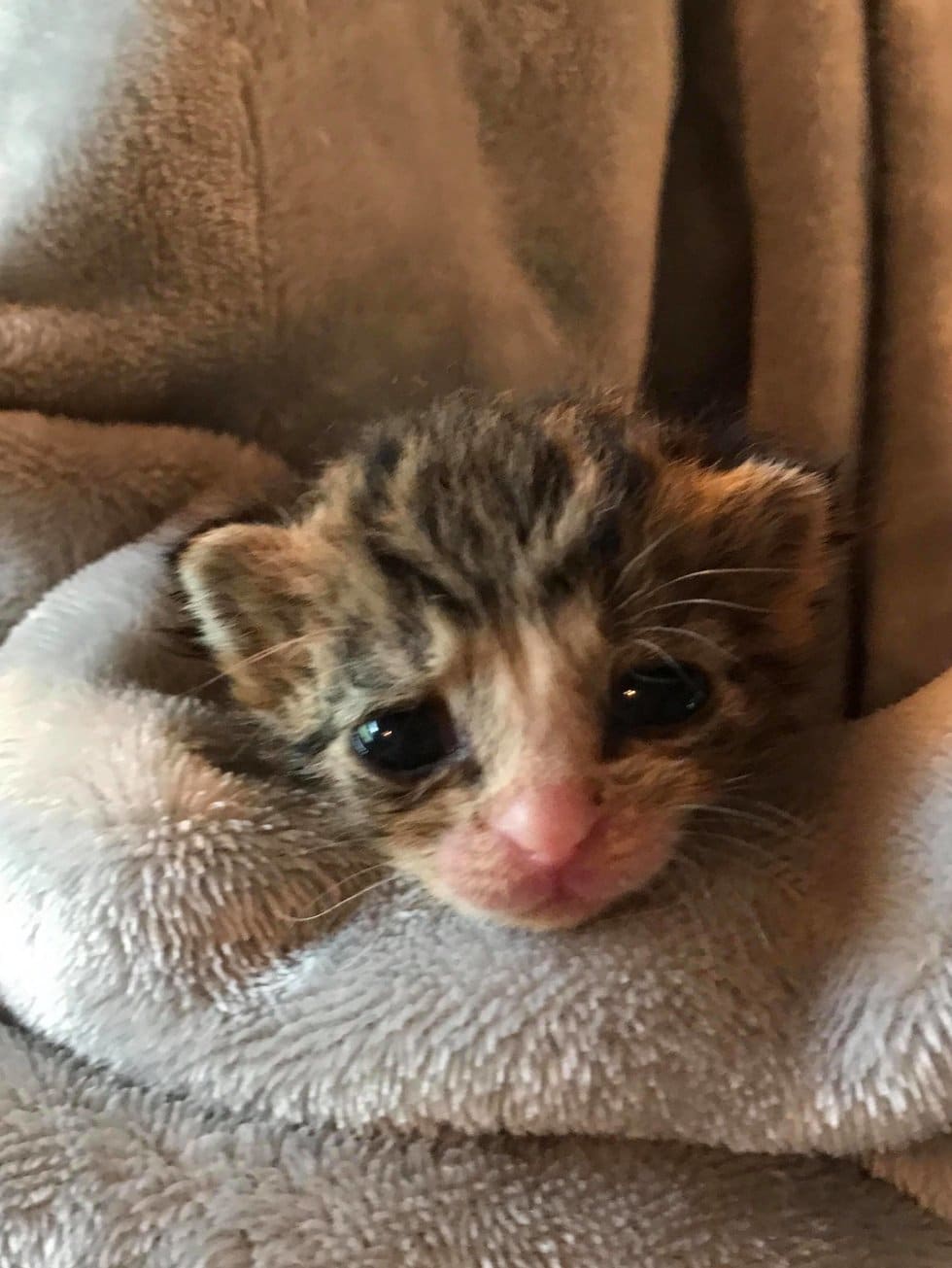 This is why neighborhood cats need to be spayed. In that case, they wouldn’t be able to leave orphans behind – this litter was fortunately found by Jannette, but others aren’t so lucky. The tiny kittens are getting all the food and care they need and had luck on their side, but if cats aren’t spayed more often, other tiny angels won’t be able to survive.