Hoonie is a cat who has gone through hell in his life. He managed to get through with an unusual friend – a grey and white stuffed cat he never leaves alone.

Hoonie was living a great life with his owner who suddenly passed away. When this happens, the cat can either be taken to a shelter, be put in the owner’s will or taken to the owner’s relatives. The last one is an unpopular option as people are under a lot of pressure taking someone else’s pet. Many people don’t like the responsibility of owning a cat of a relative who passed away and usually take them to animal centers. Hoonie’sprevious owner’s daughter took the cat in, but due to her children’s allergies, she was forced to give him to a Maryland pet shelter. 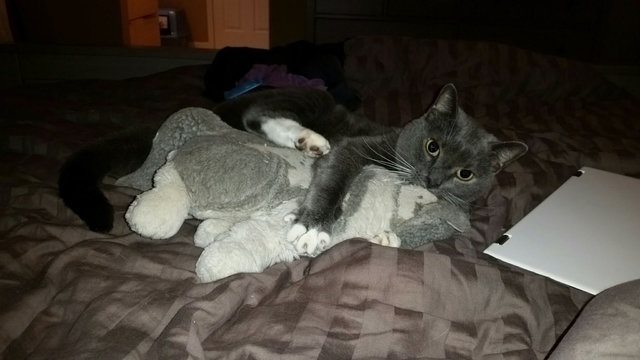 The only comfort Hoonie had was his stuffed friend. Shelters can be quite difficult for pets – the new environment can take a toll on their mental state, so some pets become nervous and aggressive. 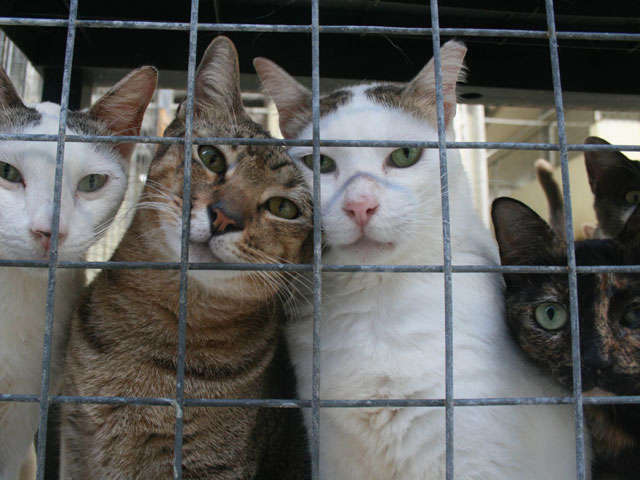 The stress is even higher for shy pets like Hoonie, but luckily, his friend helped him overcome the situation. Hoonie adjusted well with the comfort of his stuffed friend as its scent reminded him of home. Brianna Grant, communications associate at the shelter, says that they’ve never seen anything like it. “His friend was his support, so he adjusted pretty well,” she says. 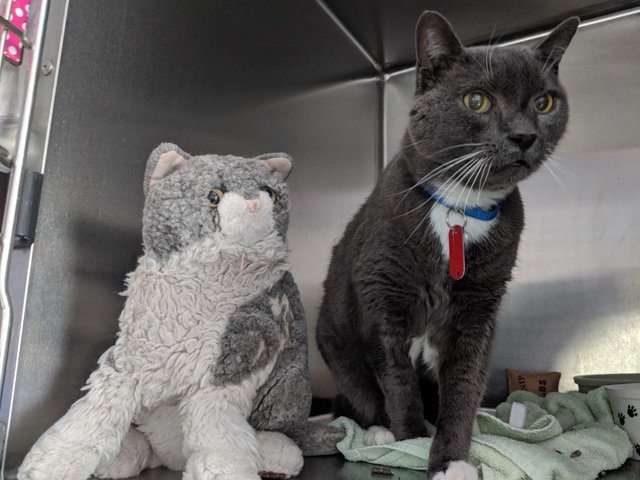 Eventually, with the support of the stuffed friend, Hoonie became well adjusted to the shelter life. 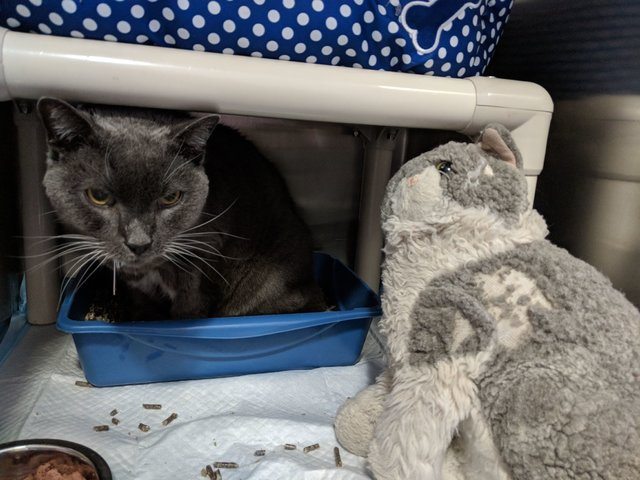 “The owner’s daughter sent us photos of Hoonie with his friend sleeping together and playing around the house all day long. He’s really attached to him and it helped him a lot,” Grant says. 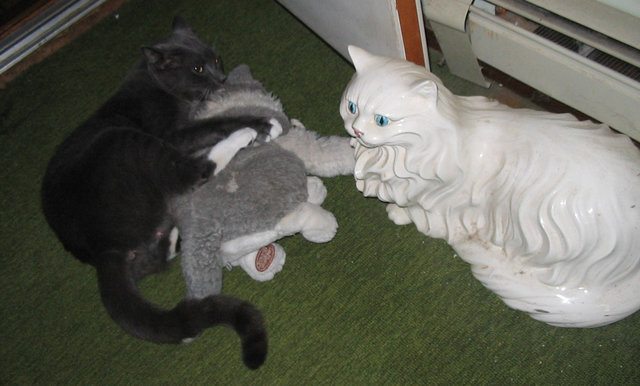 “He’s cuddling the toy in his cage all day and is never lonely. When he is, you’ll know it as you can hear him meowing from a room away. Once you come, Hoonie settles down and gets silent and cuddly,” she says. 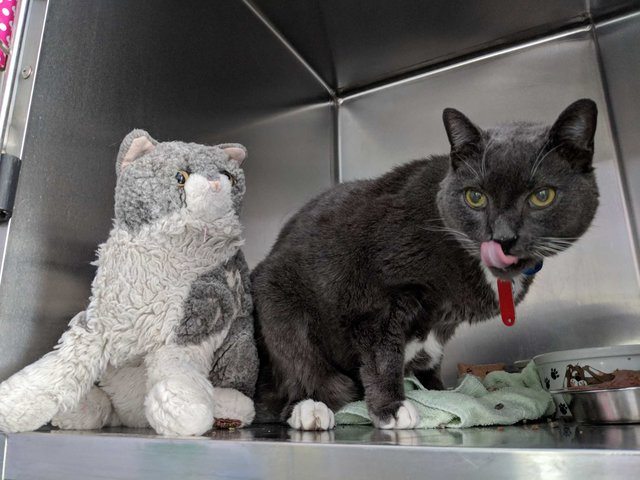 At 16 years, most of the staff were worried that Hoonie wouldn’t be able to find a new home. However, his personality and the cute relationship with the stuffed animal helped him be adopted along with his buddy.