This is Flame and Flame is a very good cat.

Just about two years ago, Flame was weak, starving hungry, and completely bedraggled.

He managed to just wander into Belmont Fire Department in Greenville, South Carolina, searching for food, where, thankfully, he found Jordan Lide, a fireman who decided to take in the kitten.

Jordan gave Flame some fried chicken and nursed him back to health.

In the end, Flame landed himself a permanent position at the station, working as a therapy cat to help soothe stressed out firemen when they’re taking breaks.

‘We get strays coming around, but most of the time they run off when they see us,’ stated Jordan. 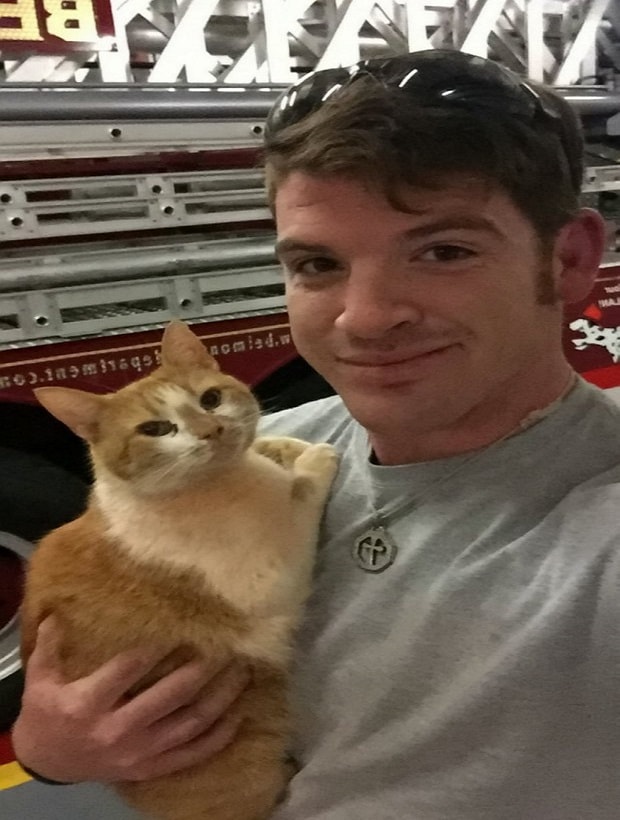 Jordan rescued Flame when he came into the station looking for food.

‘We were decompressing in the evening when we heard a meow.

‘I looked out into the grass and Flame was there. He was really young and skinny and looked like he had barely eaten.

‘He was timid and scared so I spent time trying to gain his trust. 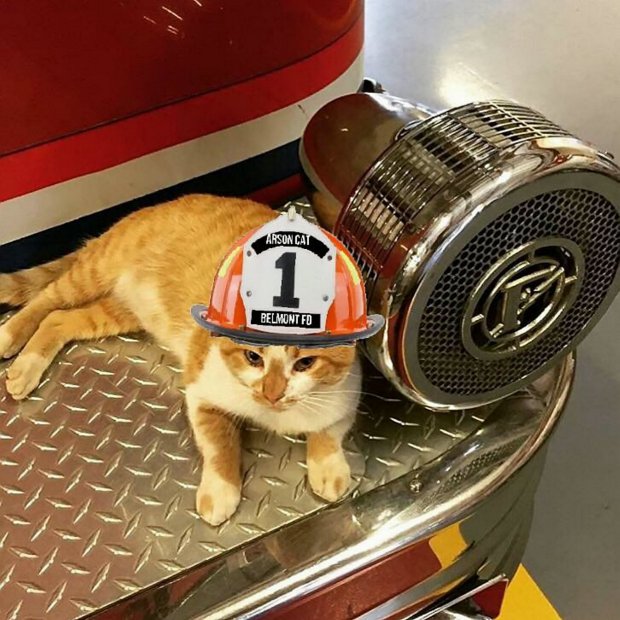 After plenty of care and food, Flame has been nursed back to health.

‘He looked as though he hadn’t eaten so we raided the kitchen and found some fried chicken. He instantly ate every little piece.

‘The next morning we came out and he was still there. He was there every day after that.’ 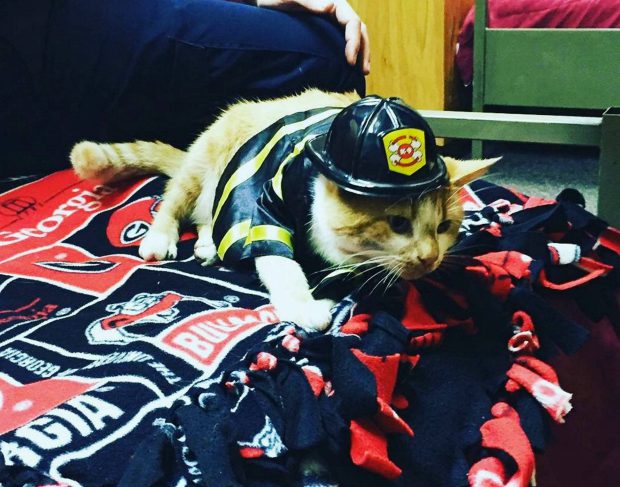 Flame now works as a therapy cat at the station.

Flame now spends his days wearing his fireman uniform, helping out the team when they need some cuddles, and keeping a close eye on the station.

He is said to be doing a great job.

‘Flame is the most relaxed cat ever,’ states Jordan. ‘He gravitates towards the guys.

When we go out he is right there in the bay, waiting. He helps everyone de-stress. 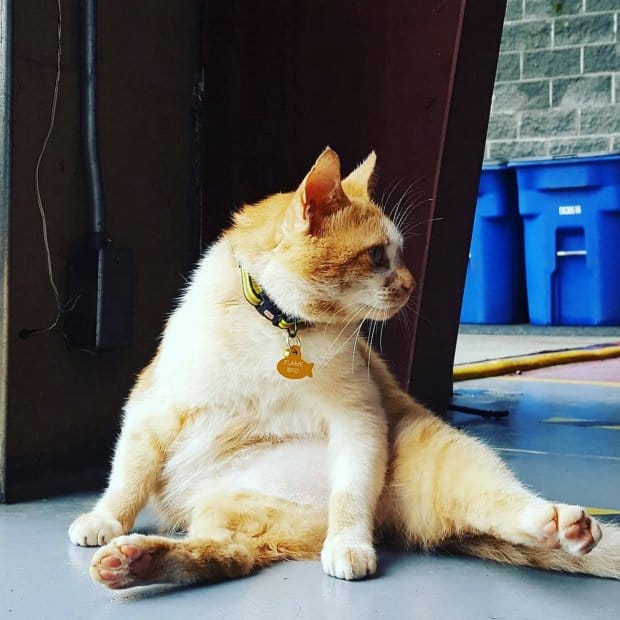 ‘We are working long, stressful shifts and it is nice to take your mind off things.”

What an amazing kitty!