You know about the Internet phenomenon of picturing cats sitting on things, right? Well, it’s about to go to a whole new level. Cats sitting on boxes, laptops or whatnot else are a thing for sure, but this cat goes the distance and sits on his owner’s face while he’s asleep. It’s funny and terrifying at the same time since it caused breathing problems for the guy. 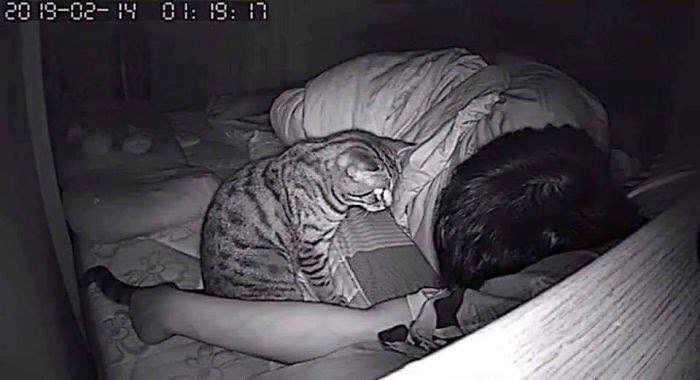 For months, Twitter user @stluis_htx has been talking about his weird breathing problems during his sleep. He’s not a smoker nor did he have such problems before. He thought he suffered from sleep apnea, but the truth was something a bit stranger. As it turns out, the obstructions were caused by his cat sleeping on his face overnight!

“I couldn’t breathe when I slept so I installed a camera” pic.twitter.com/DDhP0OweoW

The guy put a camera in his bedroom to see what happens overnight and he was stunned to see his beloved pet enter the room and settle on his face. The post went instantly viral and is another proof of how weird cats are. 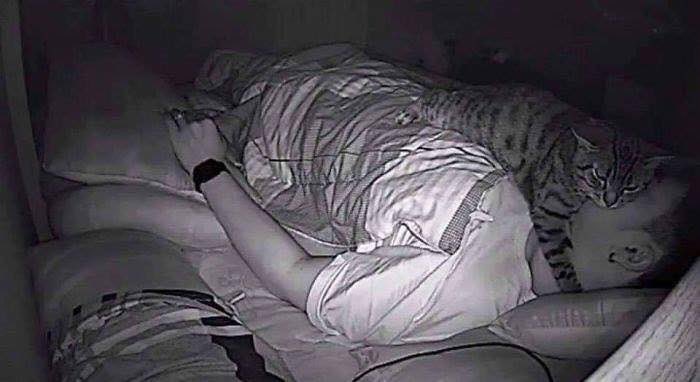 He’s not the only person to have experienced it. Other Twitter users have posted pics of cats sleeping on their faces. It’s funny, yet terrifying at the same time considering the fact that they can block your breathing. But, hey, at least they stop you from snoring, right? 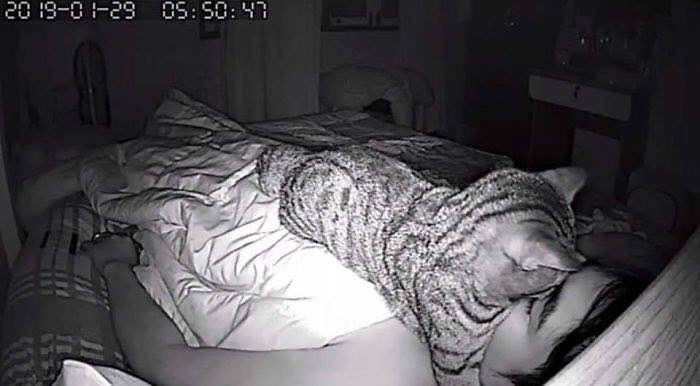 My cat used to do that to me! I only found out because when I woke up from my recurring dream of suffocating, the fat bastard was sprawled out on my face.

It’s not like they’re trying to suffocate you or anything (probably). They just want to cuddle and it’s so sweet!