The cat you can see in the pics is named Rubble and lives in Exeter, the UK. Rubble is a special cat and is definitely one of the world’s oldest felines considering he celebrated his 30th birthday not too long ago. Cats may have 9 lives, but by all accounts, Rubble has already passed them all.

Rubble and his owner Michele Foster have been together since 1988. Foster believes that the fact why Rubble has lived up to this age is because she pampers him like a child every day. She handles him with passion and care, although she admits he can get grumpy sometimes, probably because of his old age. “I don’t think he’ll enter the Guinness Book of World Records as he simply doesn’t like having many people around. He’s old and he surely acts like it,” Michele says with a laugh. According to the Guinness World Book of Records, the longest cat lived for nearly 40 years and was called Crème Puff. Still, Michele is impressed by Rubble’s incredible “feat” and she remembers the day she met him as it was yesterday. She was lonely at the time so she decided to get a cat from a litter her sister’s friend had. She never regretted the decision. Michele and Rubble had seen their fair share of moving around a lot, but they’re happy together. She treats him like her own child and believes that’s the secret behind Rubble’s longevity.

Of course, Rubble has experienced some health problems at the ripe age of 30. He’s suffering from high blood pressure and needs regular medication. Still, he’s quite strong for a cat that old and in remarkably good health according to his vet. We salute Rubble’s “achievement” and wish him good health for years to come. His owner got him as a tiny kitty before the summer of 1988. “He was part of a litter of cats my sister’s friend had, and I just left home and needed a pet,” Michele says.

Since then, they’ve been inseparable. Rubble is nearing the age of the last world record holder – a cat named Crème Puff died at the age of 38. Rubble celebrated his last birthday at the vet, being treated with free check-up and cat food.
He’s on meds for high blood pressure, but otherwise he’s in perfect health. 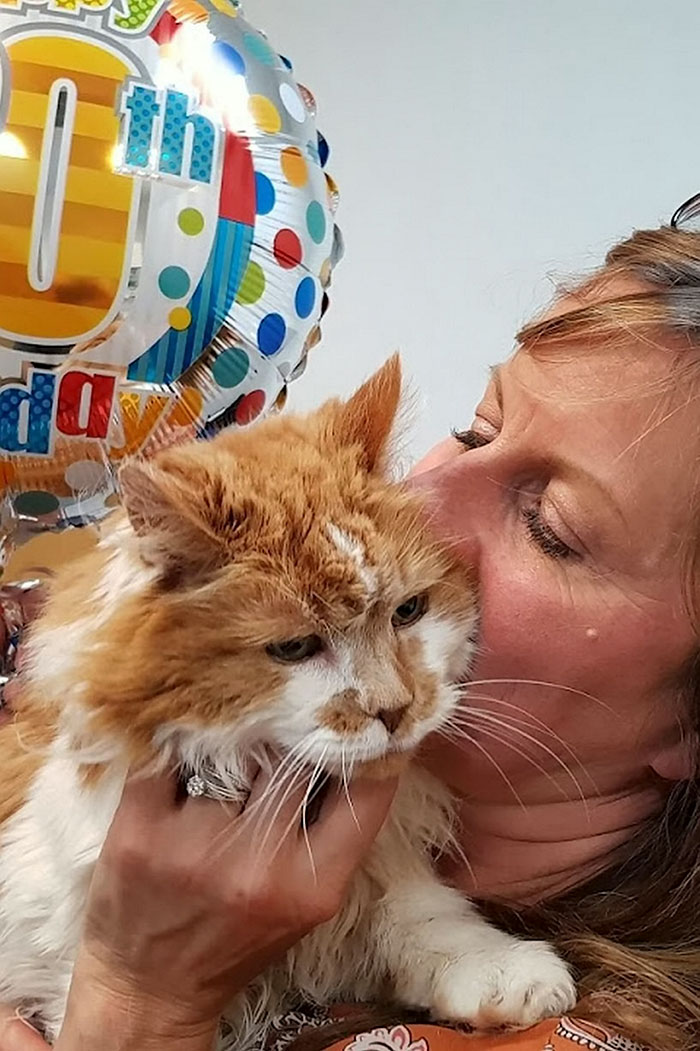 Rubble is probably the oldest cat in the world at the moment. 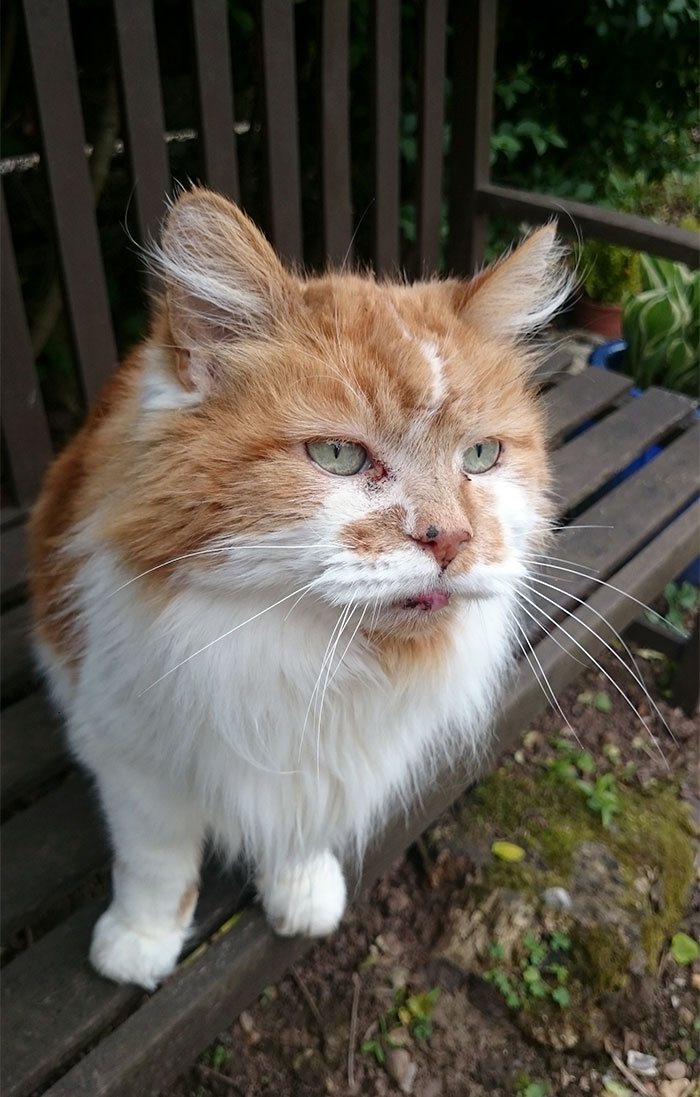