At the point when Rotem, a sand feline who lives in imprisonment at the Ramat Gan Safari Park in Israel, lost her mate Sela last year, she was the only one of her animal groups left at the recreation area. 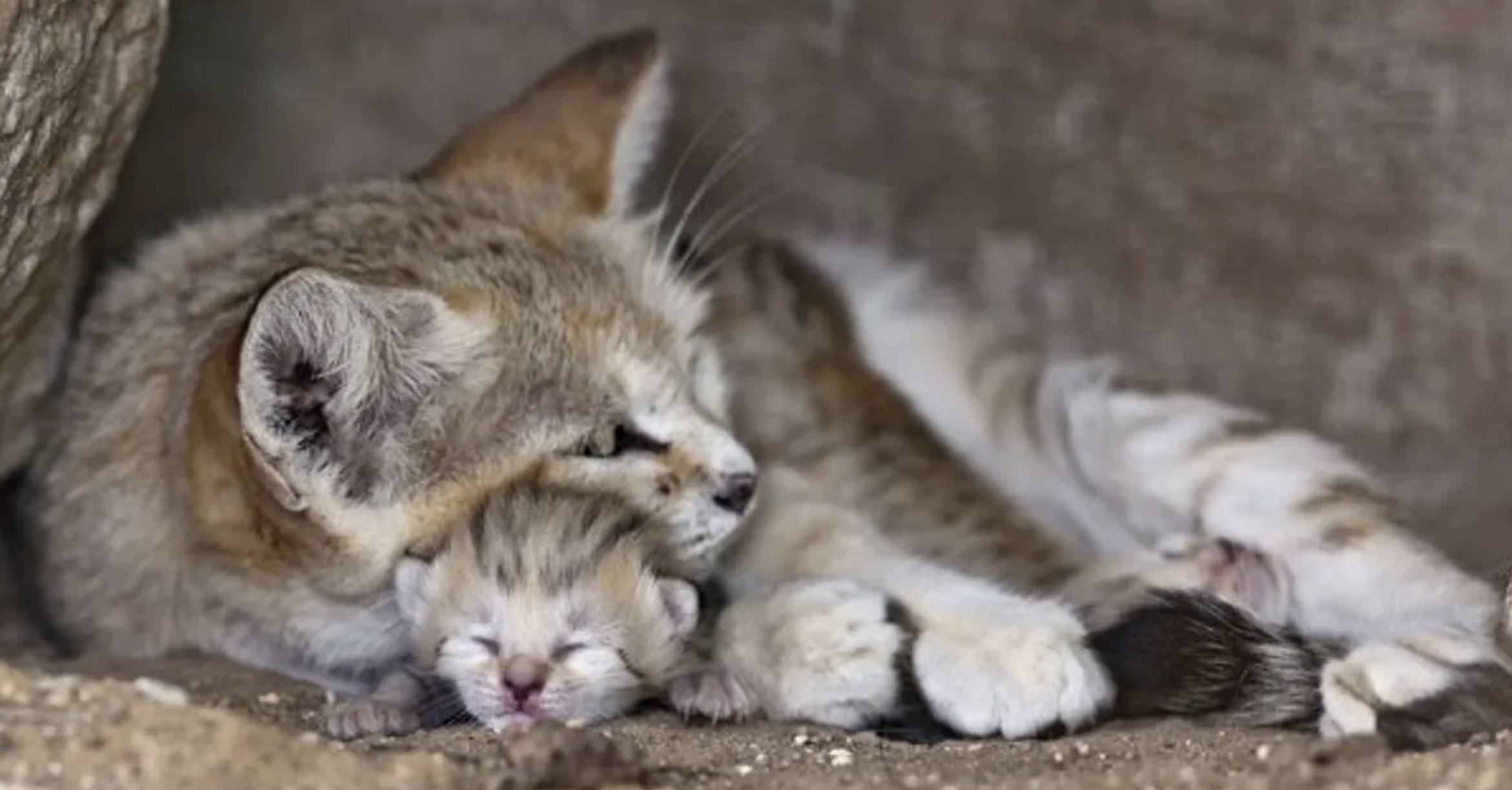 Sand felines are very uncommon – there are just 116 remaining in the world, and many are in bondage. Rather than having new cats and aiding keep her species alive, Rotem was isolated in her walled in area, grieving her lost mate. 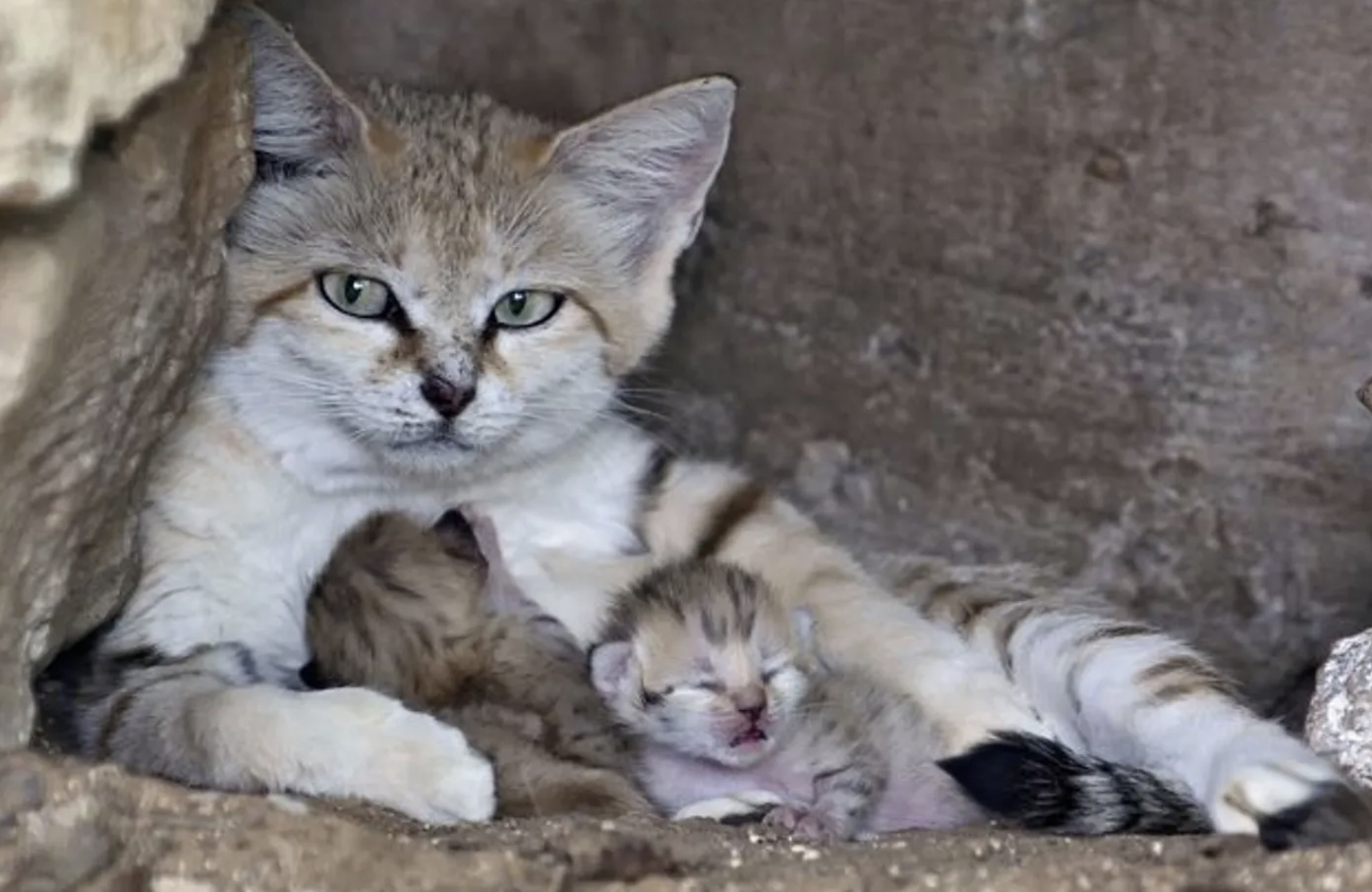 With the expectation that she would have more litters, the staff got another male sand feline named Kalahari, imported from imprisonment in Sweden the previous fall – which is really amusing, taking into account that the sand feline’s regular territory is in the hot deserts of North Africa and Central Asia. 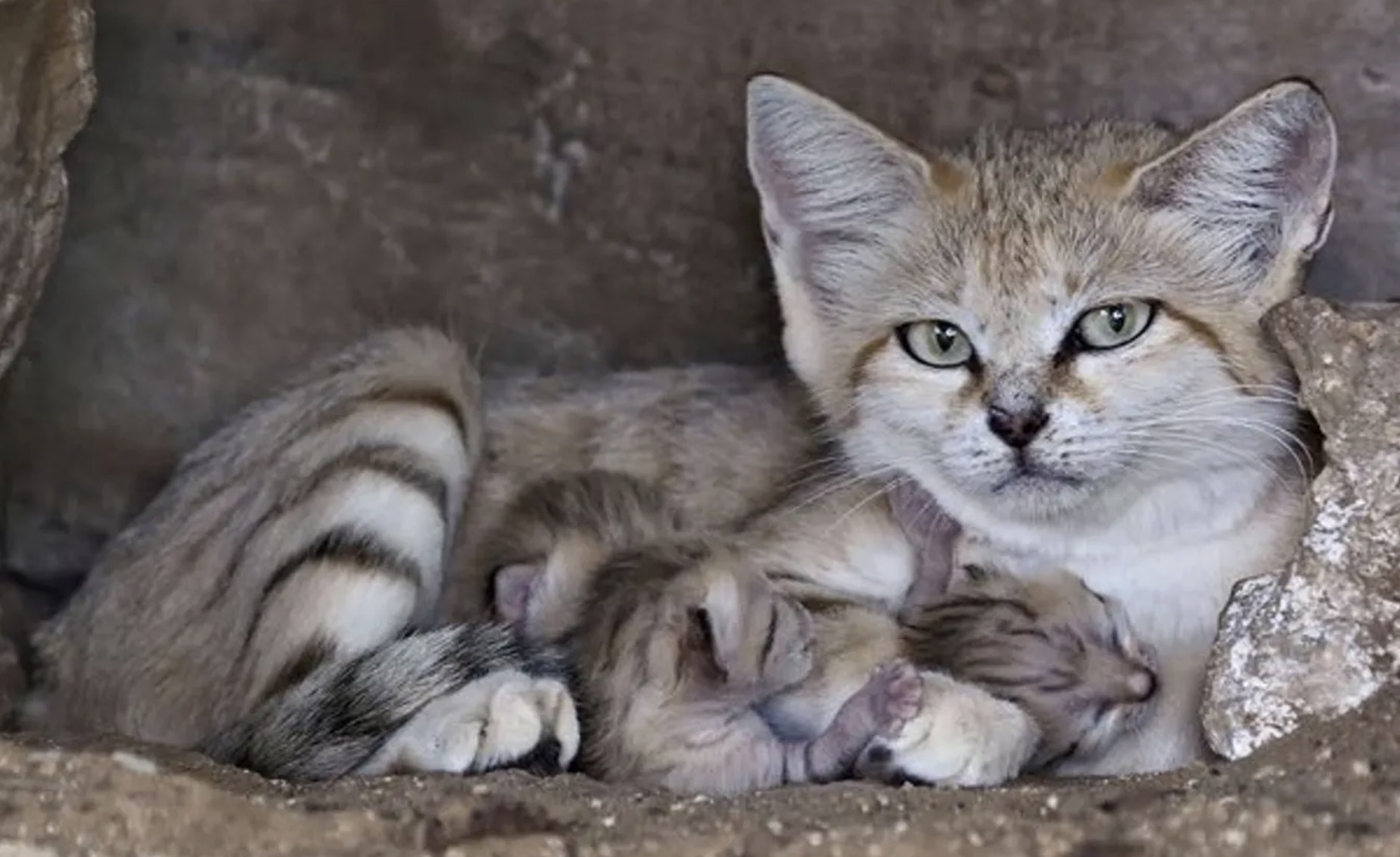 Be that as it may, Kalahari the Swedish sand feline and Rotem didn’t exactly get along. As a matter of fact, the two basically stayed away from one another, which is the reason guardians at the recreation area were so stunned to find that Rotem had brought forth an unexpected litter three weeks prior. 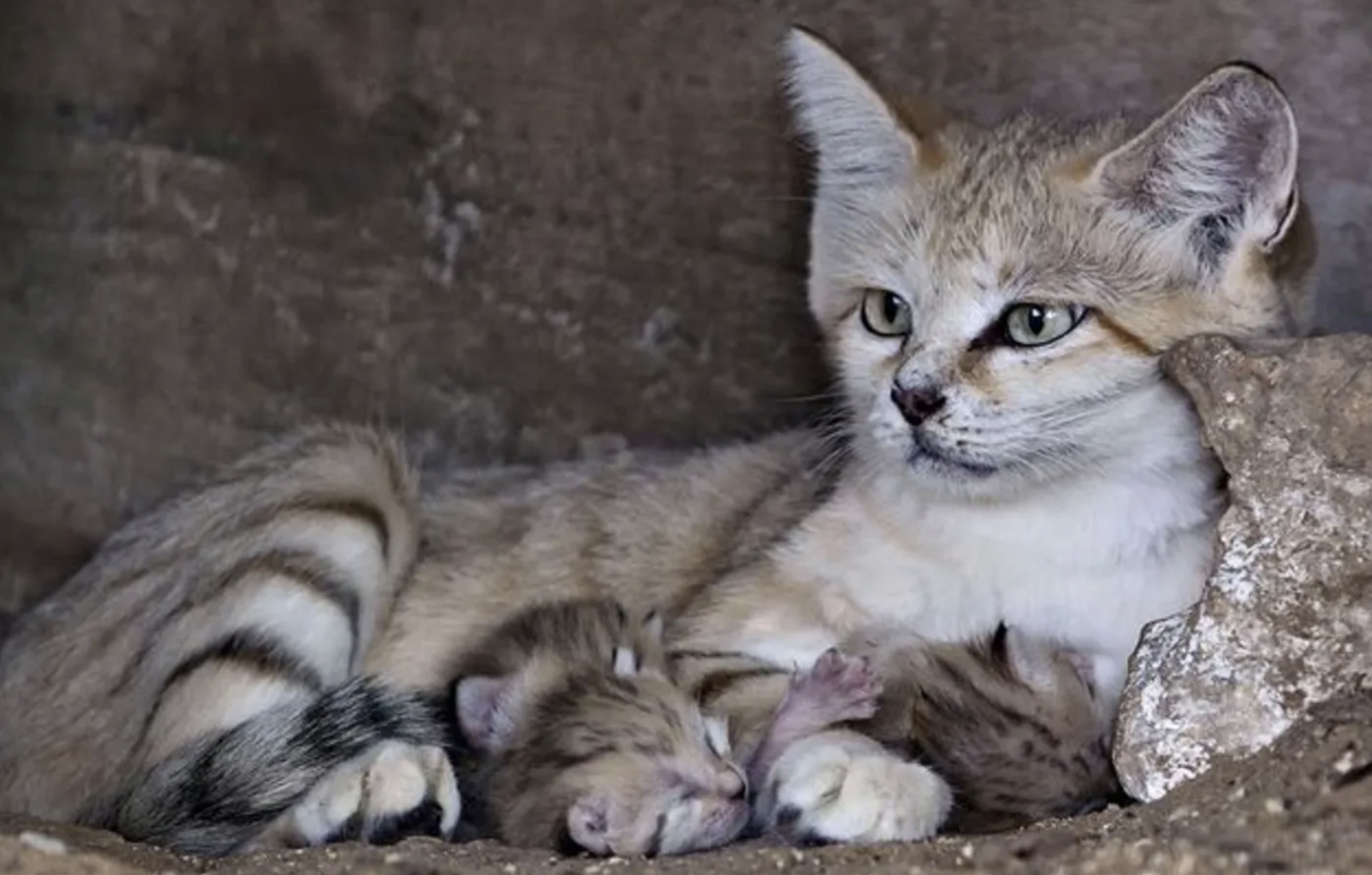 Staff viewed as her nestled into three new cats – a complete shock to people in general yet most likely not a major treat for Rotem.

The Ramat Gan Safari Park has made worldwide news previously … furthermore, not only for their charming children: Back in January three of the recreation area’s rhinos rushed toward opportunity and ran right out through one of the recreation area’s ways out, and in February a 18-month-old giraffe named Jengo kicked the bucket after difficulties from medical procedure.

Rotem’s new cats are totally lovable, so hopefully they stay cheerful and good for a long time to come.