Skip to Content
Home Cats🐱 Rescued by a homeless woman, the abandoned cat is given a second chance.

A special cat named Enrique now has a chance at a loving home, thanks to the kindness of a homeless woman. Enrique was abandoned by his previous owners. He was left locked in the bathroom of a long-term-stay motel outside of Houston, Texas.

Luckily for this cat, a homeless woman who was staying at the hotel at the time, heard him meowing, took him out of the room he was trapped in and gave him a stuffed bear. 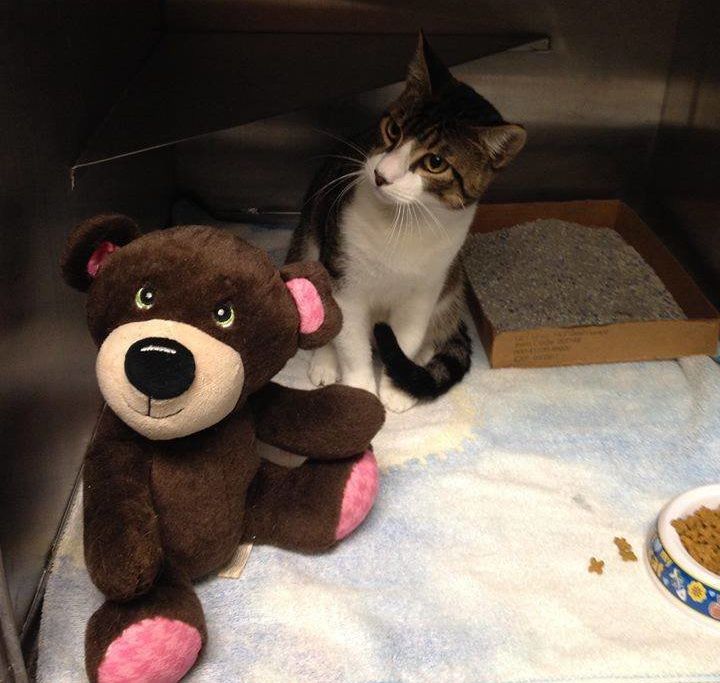 However, when the hotel management told the woman that she had to give up the cat or move out, she was forced to bring him to the Montgomery County Animal Shelter. It was there that the woman left Enrique, his food, and his bear.

Shelter employee Tonya Prudhomme Todd said, “This wonderful lady cared very much about his well being. She provided for him even with having very little herself.”

Enrique is now available for adoption in hopes that he finds a loving home, and hopefully he can bring his bear.

The shelter’s staff is now trying to find the woman who helped Enrique. The staff would like to know if there is anything they can do for this woman, who gave so selflessly to help Enrique when she herself was down on her luck.

While the woman didn’t leave any information with the shelter which could be easily used to locate her, the staff continue to follow up on leads and are very hopeful that the woman can be recognized for her generous actions.

Check out the Montgomery County Animal Shelter Texas Facebook page to learn more about Enrique and other adoptable pets that they have there.