In an extremely uncommon procedure, a cat who was in complete heart failure was given his own life-saving pacemaker.

An eight-year-old tabby cat named Shady was brought to Walker Green Vets in Timperley, Greater Manchester, just for a normal checkup when the doctors noticed something was wrong with his heartbeat.

The animal had more cardiology examinations after which it was discovered that he had what the veterinarians termed a total heart block.

He was at high risk of developing cardiac failure because of the illness, but doctors indicated a pacemaker could save his life. 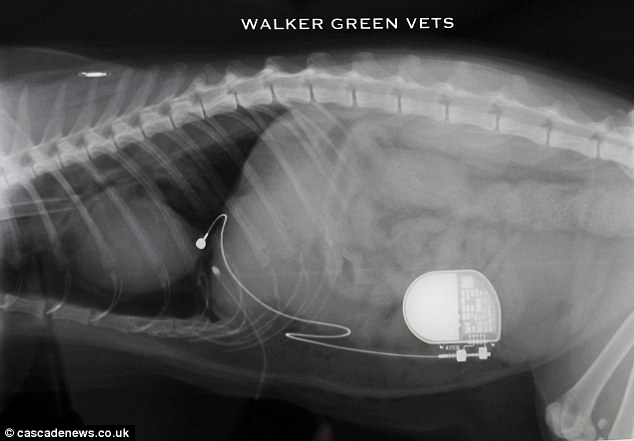 The exceedingly complex procedure was then completed by a group of professionals.

Despite the fact that pacemakers are frequently found in humans, they are uncommon in other animals, like as dogs, and even more so in cats.

Emma Greene, the clinic’s lead nurse, who participated in the treatment, said the team experienced a mix of apprehension and exhilaration.

The treatment had never been carried out at Walker Green before, therefore the day needed to go as smoothly as possible, he continued.

During the procedure, which was paid for by Ms. Hutchinson’s insurance, Shady’s heart was accessed through his belly, and while it was still beating, a special lead was attached to the outside of the muscle. 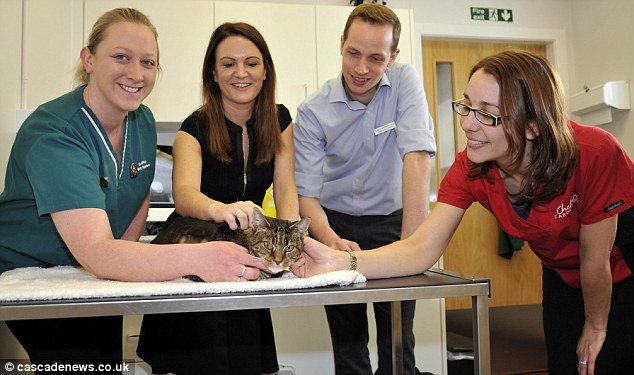 When Shady’s heart stops beating, this line, which is attached to a pacemaker, can pinpoint the exact moment and transmit an electrical signal.

Veterinary cardiologist Emily Dutton from Cheshire Cardiology, surgeon Catherine Sturgeon from Visiting Vet Doctors, and veterinary anaesthetist Carl Bradbrook made up the team of specialists who performed the procedure.

When Catherine instructed me to use my fingers to lift Shady’s sternum up so that she could get a good view, I could feel his heart beating against my finger as the procedure advanced and it was time to sew the lead to his heart, Ms. Greene continued.

Cats are a fairly uncommon candidate for the treatment due to their size. A cat’s pacemaker must be inserted through the belly, unlike dogs, which can have one implanted through the shoulder because to their larger veins.

Soon after, Shady was sent home to rest. Just last week, he went back to see the specialists for a post-op check-up and is now in good health.

Shady’s owner Laura Hutchinson acknowledged that the news that Shady needed a pacemaker was “shocking and worrying,” but added, “He has recovered incredibly well.” He has been taking it easy because he is generally a calm cat, but he is starting to act more playful.

“The team has done a great job.” In order to check on Shady, Emily contacted Ben and his team, who took good care of us.

We are all ecstatic that Shady has recovered so well, Emma continued. We are happy that we could help Shady and his owner, and it makes us proud.

According to Caroline Allen, director of veterinary services for the RSPCA London, “Fitting a pacemaker is a very specialised treatment that would be done by a cardiologist.”

Although pacemakers are frequently implanted in dogs, I have never heard of them being used to treat cats since cats rarely develop the kind of heart conditions that call for a pacemaker.

Though I hope that means this cat will now be able to enjoy a long, happy, and healthy life, it’s interesting to know that this treatment has been done.