A Michigan woman finally completed the full newborn kitten photo session that thousands of people from all over the world had been asking for. Kitty Shaub, a 30-year-old photographer from Benton Harbor, specialises in taking pictures of newborns. Kitty and her husband made the decision to get her 5-year-old daughter a cat last year. Kitty was hurriedly forced to add an unplanned member to her family when Kitty’s friend’s cat recently had a litter of six kittens, but she’s currently enjoying it. They gave the cat the name Luna, and Amelia and Luna are inseparable. “They spend all of their time together — they eat and sleep together, and Luna joins Amelie when she plays with the dollhouse!” Cat says.

Kitty had an idea when she observed Luna resting on the couch one day as she was getting ready for a new picture shoot. Since Luna sleeps for nearly the whole day, as she claims, getting ready for the photo session wasn’t difficult. The outcomes of her headband and fabric dressing of the cat have been amazing. We’ve all been waiting for Kitty to take images of Luna that are adorable in every way. 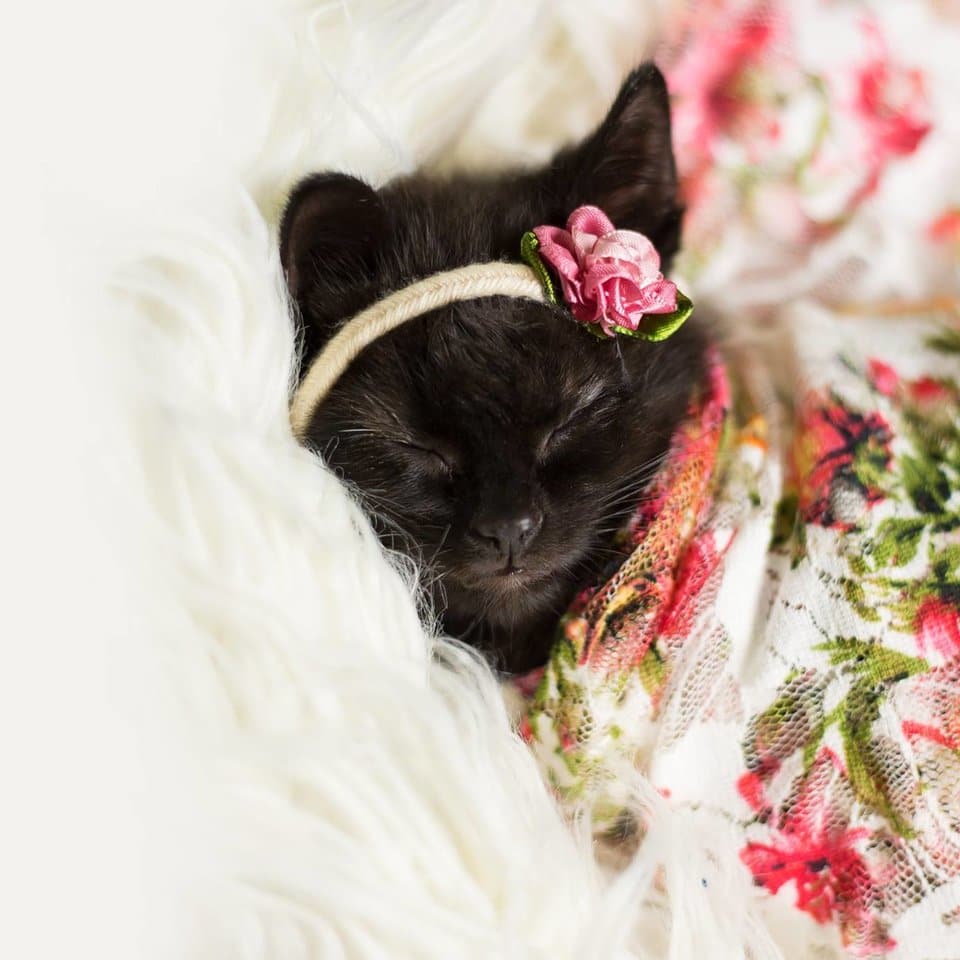 With a smile, Kitty recalls, “I put her in a salad dish from my kitchen, and everything worked out perfectly. We attempted to wake her up, but she was snug in there and continued to sleep the entire time. I don’t believe she cared since she would do almost anything for you. 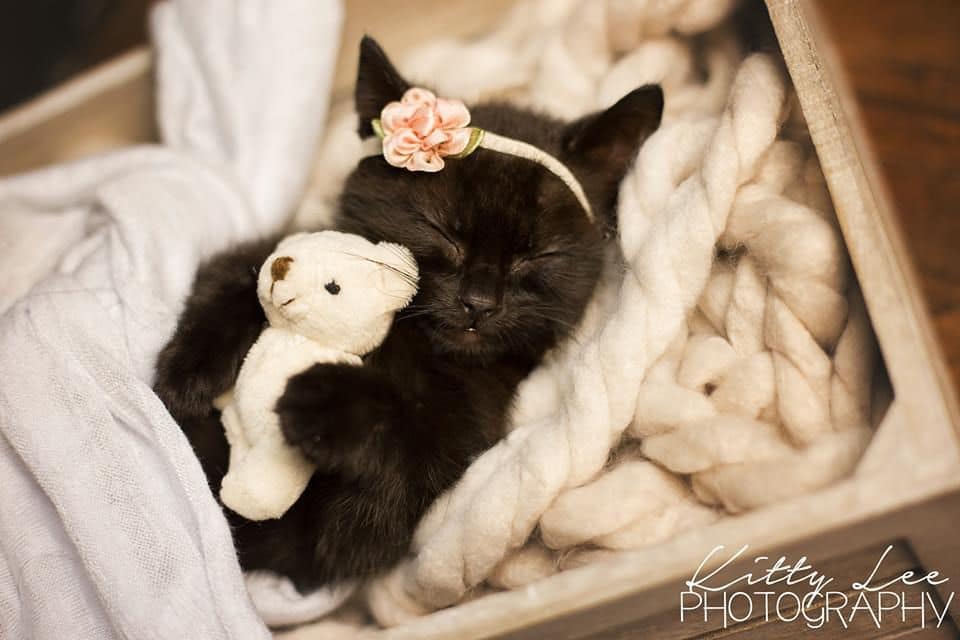 The moment Kitty posted the images on Facebook, the Internet erupted. Kitty claims that she had no idea that the images would be shared more than 65 000 times. When she saw how popular the pictures were, she created a calendar out of them, sold each one for $20, and gave the proceeds to a nearby shelter. What a cool thing! 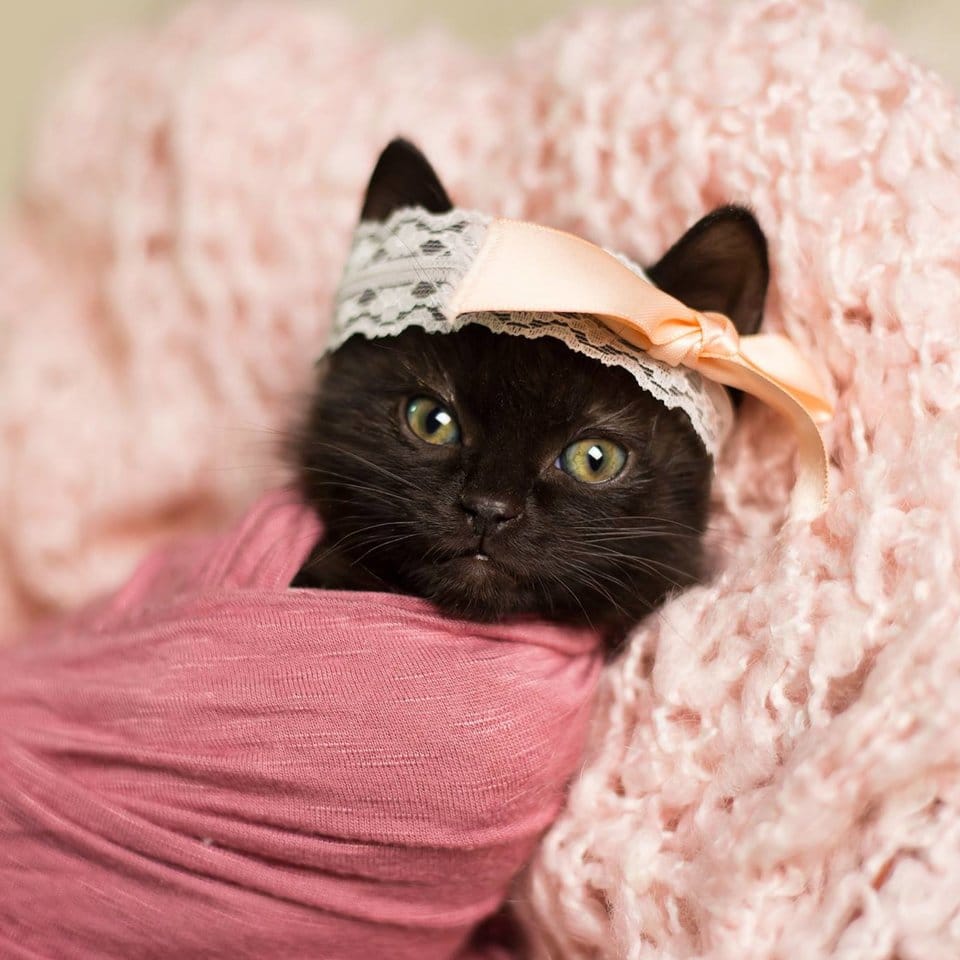